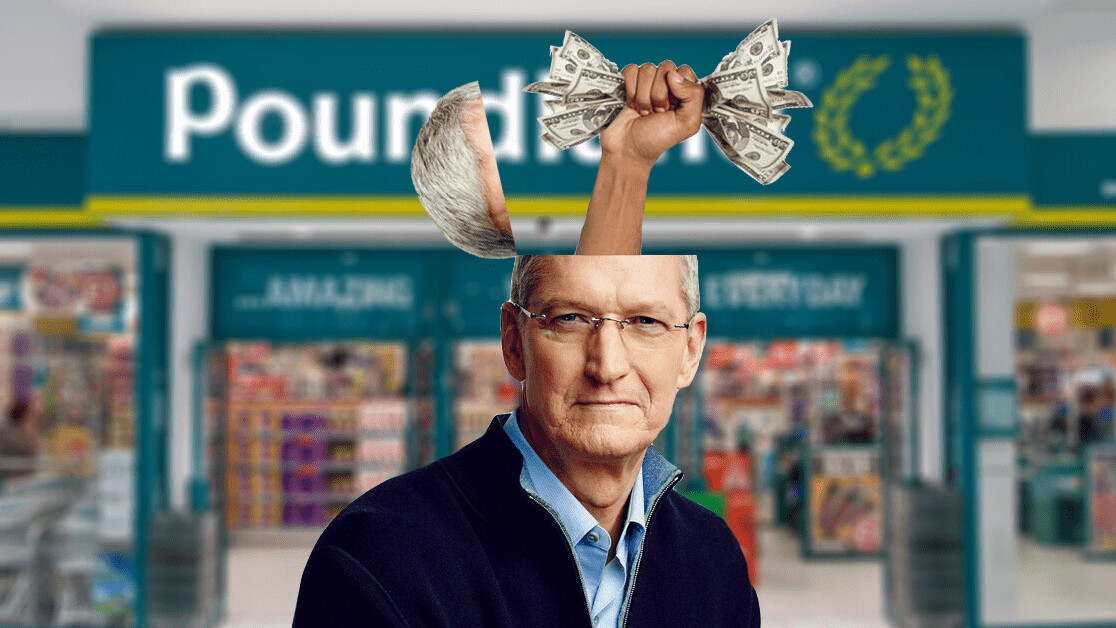 If you’re an Apple follower, you’ll have seen the company just released its Q1 2020 financials. There’s a raft of interesting information in there, but without getting bogged down by numbers, let’s just get to the meat of it:

On the surface, this is fantastic news for Apple. This time last year, iPhone sales were slowing, and it had to chop revenue predictions.

[Slam your peepers on this: The EU’s dull-ass fight with Apple over the Lightning connector sucks]

The Q1 2020 financials, on the other hand, were huge turnaround for Apple, much of it driven by three main things: holiday season sales of iPhone 11 range (specifically the entry-level model), the growing popularity of the Apple Watch, and AirPods arguably being the gift of Christmas 2019.

But, if you dig a bit deeper, not everything is as rosy as it seems. Basically, the company has some big decisions to make following its Q1 2020 financials.

One of the things Tim Cook said during his presentation was Apple’s “active installed base of devices grew in each of [its] geographic segments and has now reached over 1.5 billion.” That is certainly a huge chunk of devices, but doesn’t come without an issue: Where does the company go from here?

Apple is by its definition a premium brand, meaning it will eventually reach a ceiling where huge swathes of the world’s population simply cannot afford their products. How Apple has maneuvered around challenge so far is shown by these Q1 2020 financials: Add-ons.

The success of wearables like the Apple Watch or AirPods Pro that work slickly with the iPhone, or services like Apple Music and Apple TV+ that sit centrally in Apple’s ecosystem have been providing much of the company’s stellar growth.

For example, in an excellent article on Bloomberg, Tim Culpan points out that although iPhone revenue grew 8 percent in the Q1 2020 financials, the device’s 12 month revenue is still down 6 percent. The device at the center of Apple’s ecosystem is slowing.

Effectively, this means that if Apple wants to continue its growth, something needs to change.

So what should Apple do after these Q1 2020 financials?

In the aforementioned Bloomberg article, Culpan has a simple idea: Apple should unshackle its wearables. This would mean creating apps for AirPods, the Apple Watch, and Apple TV, so they can be used with full functionality on Android devices, opening up the potential market massively.

Culpan compares this to the approach Apple took with iPod. Originally, the company’s iconic MP3 player only worked with Macs — the idea being that it’d funnel potential users into Apple’s computers — but this strategy was abandoned, leading to a huge uptick in sales.

In other words, by unshackling the iPod from Macs, it gained a phenomenal amount of success, something Culpan believes can happen again with Apple’s wearables.

I’ve got to say, I like this response to Apple’s Q1 2020 financials. It’s clever, balanced, and nuanced — but, despite all that, I don’t think it’s right.

First, the iPod comparison. The big difference between this and Apple’s current crop of products is that it was a piece of standalone technology. Besides using a computer to transfer music across to the MP3 player, there was no interconnection between other devices. The iPod’s function and user experience stayed the same, no matter how you put music on it.

This will not be the case for AirPods or the Apple Watch on Android.

Part of their uniqueness and attraction is their integration to other Apple devices. Yeah, AirPods might not be the finest sounding or best value true wireless earbuds on the market, but what they offer is unrivaled ease-of-use and operation, which, in my mind, helps put them near the top of the category’s tree.

Now, unlike the AirPods, the Apple Watch might actually genuinely be the best piece of tech in its sector. But the feeling that you’re using an interconnected, seamless extension of your iPhone is what makes it feel so, well, fucking majestic.

Yes, Apple opening up its wearables to Android users would undoubtedly lead to a short term sales boost, but what then? The sheer range of different Android devices and OS’s in the wild means people will never get the same slick experience they would do inside Apple’s walled garden. Plus, this move would definitely discourage people from wholeheartedly entering with Apple’s product ecosystem.

On top of this, the exclusivity that Apple relies on to sells products would slip. This change could lead to one of the company’s key attributed — its prestige — plummeting. And with that, less growth and profit — meaning we won’t see many results like the Q1 2020 financials any longer.

Well, ignoring the need for constant growth that our stock market-obsessed overlords demand would be one. Honestly, what’s wrong with a business maintaining a steady consumer base, rather than scrabbling to squeeze every penny out of its audience?

No, if Apple wants to continue its current growth it needs to sell more iPhones, as that device has become the center of its product suite — the hardware that some of its highest performing products orbit around.

And the easiest way to do this? Budget devices.

This isn’t even a big ask for the company. It’s pretty much confirmed that the SE 2 (a sub-$500 iPhone) will launch in the first half of this year and — if implemented correctly — this will play a huge role in hooking people into the Apple ecosystem, particularly in developing areas of the world.

The tough ask for Apple will be finding the right balance.

If the SE 2 is too cheap and doesn’t perform as well as other iPhones, then Apple will run into the same problems opening up their wearables to Android will cause: A disintegration of public trust in their brand.

The SE 2 has to have a camera that can compete with the excellent budget models coming out of China, yet doesn’t cannibalize Apple’s high-end models. If the company then manages to get more iPhones in the hands of people, then it can begin selling them products and services from the rest of its ecosystem — a far better bet for maintaining its brand identity and prestige than opening up its doors to every Android user.

That doesn’t mean it’s a done deal though — there’s still a lot of work to do.

But, after last year, few people expected Apple’s Q1 2020 financials to be as strong as they were. If any company can pull off this balancing act and continue its growth, it’ll be Apple — and I can’t wait to see what happens.