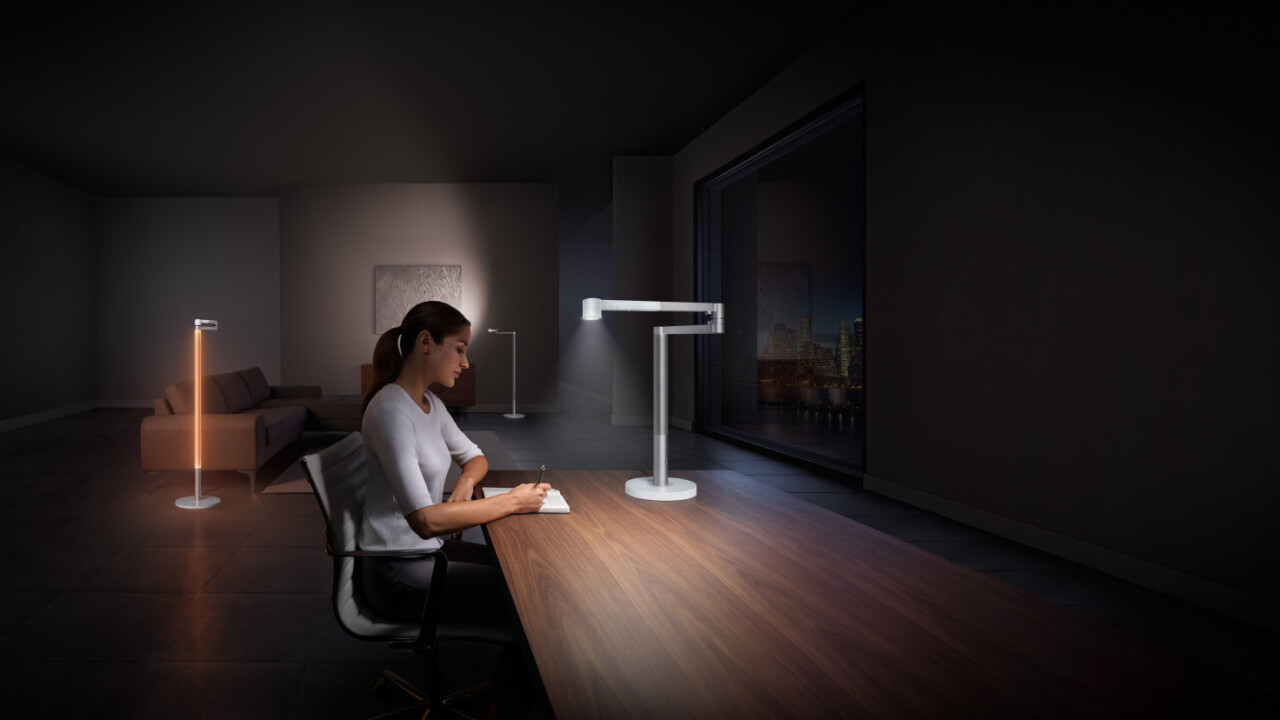 Dyson may be best known for its vacuums, but recently it’s been branching out into lighting too. The company has released a few task lamps over the years, and today it’s announcing its most versatile lighting solution yet, the Lightcycle Morph.

Before we go on, here’s the obvious caveat to any Dyson Product: It’s expensive, starting at $650. You probably don’t need a $650 light, but if the price doesn’t make you cringe too much, read on.

[Read: The Dyson V11… or how I learned to stop worrying and love vacuuming]

Unlike many modern “smart” lights, the Lightcycle morph isn’t interested in home integration or psychedelic lighting for your next rave. Instead, the focus is providing natural-feeling light for both when you’re focusing on a task or just want some nice ambient light.

Key to this is an articulating head and a cool perforated stem. When performing a specific task, be that applying makeup, building a DIY project, or writing an essay, you can point the head in a focused beam to use as a task light. Or you can rate the head to highlight artwork or bounce off walls and ceilings.

But the coolest trick is aiming the head right over the lamp’s stem, which then creates an almost seamless ambient glow that almost looks like a lightsaber.

As with the company’s original Lightcycle, the Morph places an emphasis on using the right color temperature for the right task and time of day – helping you maintain a healthy circadian rhythm.

Over the past few years, technology has caught up with the idea that staring at bright white light late into the night might not be the best thing for our sleep schedule. It’s why our phones all now have a “night mode” that reduces blue light, which tends to keep us awake well past when we should.

The Lightcycle can similarly adjust its color temperature to match local daylight, which I appreciate as someone with a sun-starved apartment. Of course, just about every smart light can do so nowadays, but Dyson (naturally) promises its light is better than the rest, with a CRI – color rendering index – of “90 or over,” and low flicker.

The light features several built-in modes, including “study, relax, precision, boost, wake-up, sleep and away.” Dyson‘s app even allows you to adjust brightness based on your age. But you can also simply adjust the color temperature and brightness manually.

One thing the Lightcycle Morph doesn’t have is integration with services from Google, Amazon, or Apple. You can control its various functions via the Dyson app, but you won’t be barking commands at your assistant to change your light’s color temperature anytime soon. On the plus side, it does have a USB-C port for charging phones and tablets, and it can automatically adjust lighting or turn itself off altogether thanks to ambient and infrared sensors.

The Lightcycle morph costs $650 for the tabletop version, or $850 for the floor variant. The light is available starting today in black, white and silver, or black and brass colorways from Dyson.com.