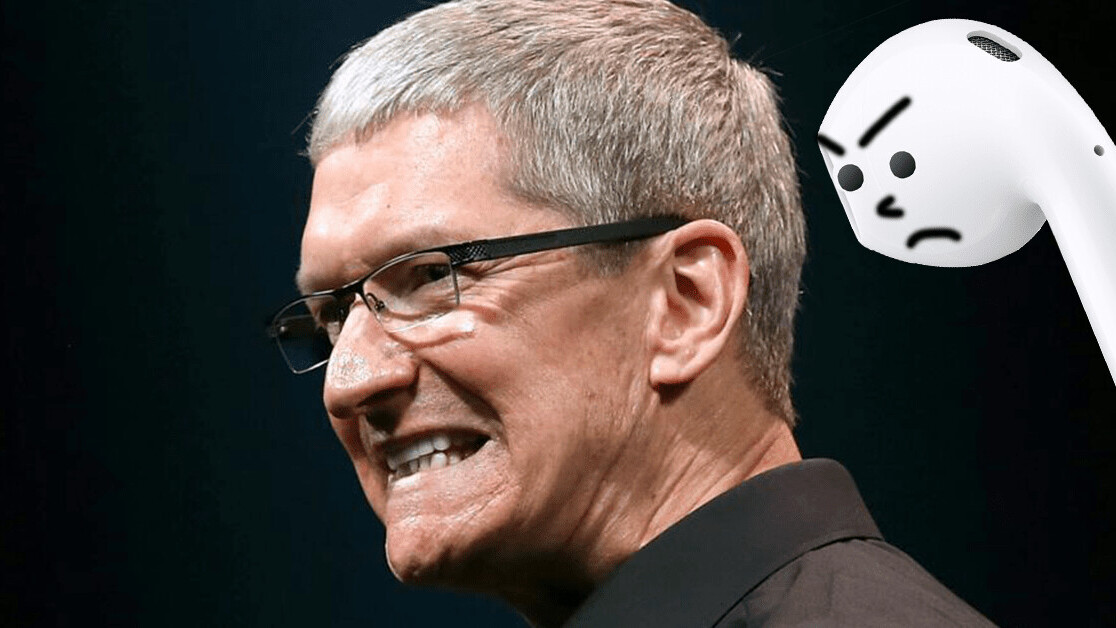 One of the best features of Apple’s new(-ish) AirPods Pro is their active noise-cancelation (ANC) functionality. While this has existed in a fair number of true wireless headphones before, the inclusion on an Apple bit of kit has made life better (and quieter) for a whole load of people.

Unfortunately though, it looks like this comfort has been short lived. Recent posts on Reddit have claimed that AirPods Pro firmware update has made the earbuds‘ noise canceling worse.

After seeing this, RTINGS retested the headphones, to see if the AirPods Pro firmware update had actually impacted the sound. And, spoiler, it had.

[Check this out: Don’t believe everything you read about AirPod sales]

The outlet found that while the software change had improved some elements of the AirPods Pro’s performance (specifically the earbuds‘ frequency response), they discovered a “significant drop” in the noise-canceling performance — especially when it comes to bass.

To put it simply, this AirPods Pro firmware upgrade means things like train and plane noises won’t be blocked as efficiently as before.

I have a pair of AirPods Pro and did notice the intensity of the noise-canceling drop — most obviously when I wasn’t listening to music and was just using them to block out sound — but I thought it was a “me thing” — so the discovery that other people have had the same thought is validating.

Is Apple doing anything about this AirPods Pro firmware issue?

Basically, the most recent update (AirPods Pro firmware 2C54) has been pulled by Apple.

Unfortunately, if you already have this version installed, there’s no way of rolling it back. In fact, the entire AirPods Pro firmware upgrade cycle is pretty opaque. Updates happen without users’ knowledge, as the firmware is installed when they’re plugged into charge and near your phone. There’s never any option to deny a firmware change.

While some people might be lucky enough to not have downloaded the 2C54 version of the AirPods firmware that has caused the ANC issue, many people online think the problems actually started with the 2B588 update. This means that even if you avoided the 2C54 version, you might still have some firmware that delivers less than impressive noise-canceling.

Hopefully, Apple will release an update to the AirPods Pro’s firmware soon — but there’s no word on when this will happen.

How do I check what firmware my AirPods Pro have?

It’s hidden away in some menus, but isn’t too tough to find. We actually have an entire article dedicated to doing this right here. But, because we love you, we’ve put a shortened summary below.

First off, connect your AirPods to your phone, open Settings and select General. From there, click About.

What should Apple do about the AirPods Pro’s firmware in the future?

Before this issue, I didn’t really have any problem with the AirPods Pro’s noise-canceling. Some manufacturers give you the option to alter the level of ANC, but generally I found this to be kinda off-putting — especially if you have to cycle through several options while on the go.

No, for me, Apple‘s simple intelligent and automatic ANC was great. But this debacle has led me to believe one thing: I want the ability to change noise-canceling levels on my phone.

Basically, one of the things I use the Apple‘s earbuds most regularly for is concentration. As I pretty much always have them in my coat pocket, they’re perfect to quickly throw on if I need to block out the world and get some work or reading done.

This latest AirPods Pro firmware update has reduced the effectiveness of that.

So, Apple, why don’t you give us the option to change the level of the AirPods Pro’s ANC? Of course, still keep the option for them to alter it on the fly, but there are plenty of situations I’d like to whack it up to the highest setting to block out the world — and I’m sure there are lots of folks who feel the same.

Well, until that happens, let’s just hope Apple rolls out a fix for the AirPods Pro firmware soon. All I have left to say is UGH.