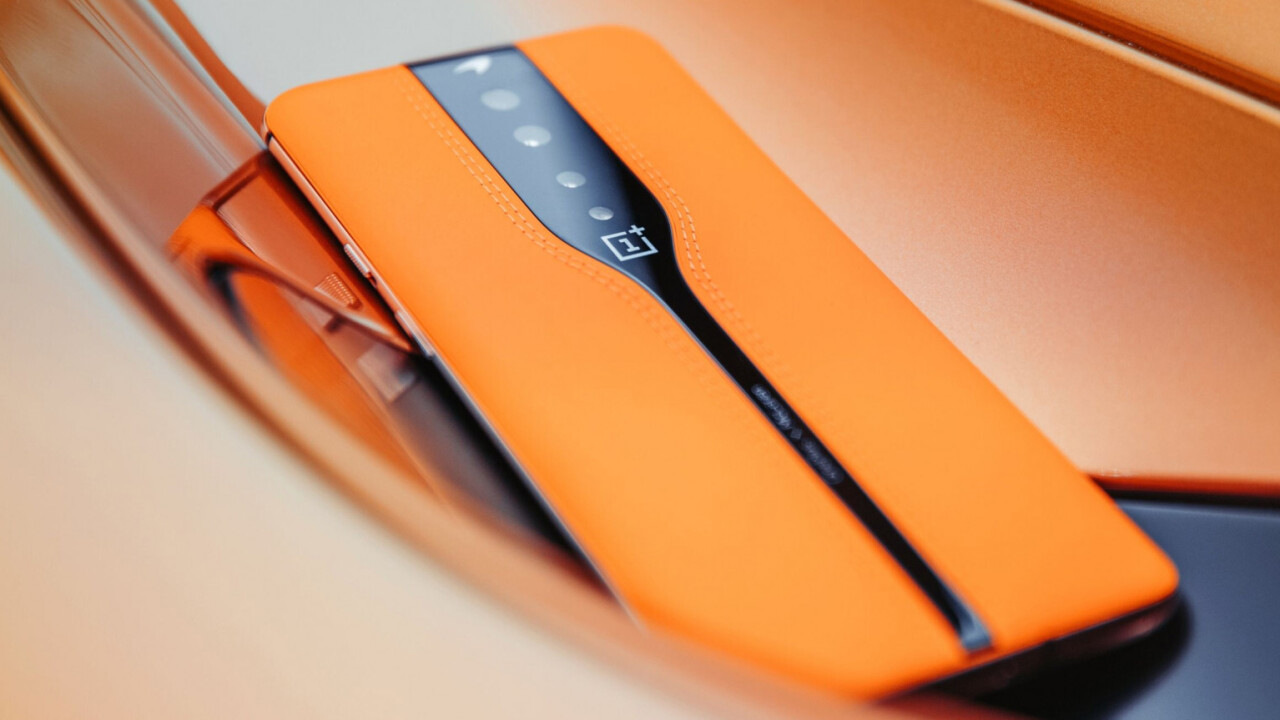 Last night at the CES trade show in Las Vegas, Chinese phone brand OnePlus finally showed off what it’s been working on for 18 months: A phone with custom-manufactured glass that can hide its rear cameras by turning opaque when they’re not in use.

No, it’s the not the biggest deal in personal technology right now, and it does seem like OnePlus went to a whole lot of trouble to showcase a single feature (okay, two features — the glass opacity control allows it to fill in as an ND filter of sorts) that may or may be incorporated into its next crop of phones. But even so, I think it’s cool that the company brought this to CES, because it perfectly captures what this trade show is all about.

OnePlus’ unveiling is not unlike a fashion designer’s runway show, or the display of a car manufacturer’s certainly-not-going-to-make-it-to-production concept vehicle at an auto expo.

They’re not necessarily meant to be practical, feasible examples of what you’ll buy from those brands next. Rather, they’re intended to show you the direction that these brands are going, what they’re currently inspired by, and what their conceptualization process is like right now.

“This gives companies a chance to gauge consumer interest in their innovations, and to see the response from customers when they’re testing a new form factor, moving up the pricing ladder, or repositioning their brand,” explained Navkender Singh, research director at market research firm IDC India.

In OnePlus‘ case, it’s about reiterating that the company draws industrial design inspiration from high-performance cars, seen in the design of the phone’s rear panel that features leather and glass. It’s also showcasing the custom manufacturing process it has developed for producing ultra-thin electrochromic glass that can change opacity on cue.

There’s a tendency to evaluate concepts against what’s already on the market, what you might want to buy next, or what other brands are doing — and then trying to decide if they’re smart ideas or not. But that’s missing the point. With the Concept One, for example, OnePlus is indicating that its focus is on bringing luxury features and high-end manufacturing processes to its devices that are inspired by racing automobiles — as opposed to foldable screen technology that’s still in its early stages, compact bodies, dual displays, or integrated hardware keyboards.

A great example of an experiment informing a hardware brand’s next move is Vivo’s Apex concept phone from February 2018. The Chinese brand was arguably the first to do away with bezels on the display of a phone by hiding the front camera in a pop-up module at the top of the device. We now see that idea in several manufacturers’ products, including Vivo’s own NEX series, the OnePlus 7 Pro, Xiaomi’s Redmi K20, and Huawei’s Y9 Prime.

Singh added that there are a couple of additional benefits to doing concept reveals at trade shows:

It’s a good PR move, because it gets people talking about the brand trying new things. It also signals to customers that this is the direction the brand wants to explore next.

In addition, it’s far easier to do concept reveals with custom features like this with just a small number of units, as opposed to building them into a new model which will require manufacturing at scale.

It’s also worth noting that in recent years, CES has become known as an annual occasion for brands to exhibit their latest innovations and concepts, as opposed to only launching products that will go on store shelves later in the year. As such, it made sense for OnePlus to reveal its disappearing camera trick there. I, for one, am always happy to learn what companies are working on for the future, even if I can’t immediately buy a gadget with their latest tech in tow.