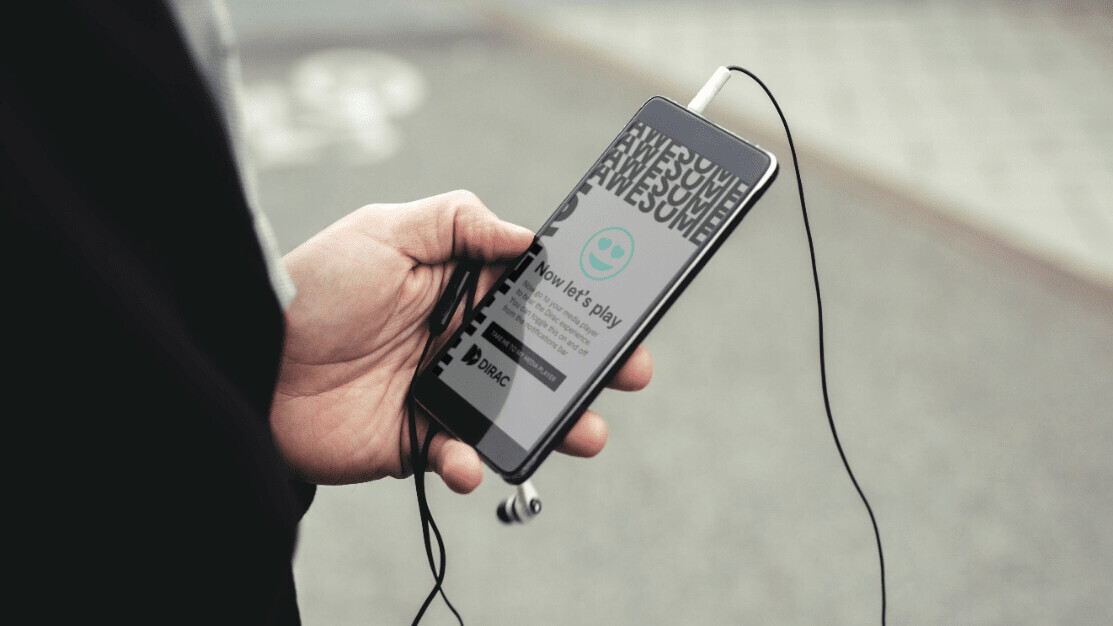 Audio research company Dirac may be best known for its high-end room correction software, but its also made headways into improving sound quality on other devices. Case in point: the company today announced a phone app that it claims can dramatically improve the sound quality of your Bluetooth headphones, both improving their frequency response and giving them a more speaker-like presentation.

Based on the demo kit the company sent over, it might just be on to something.

The company shipped me a Pixel 3 running pre-release software and a pair of Beats Solo3 headphones. Beats headphones are often the butt of jokes in audio circles, but to be fair, they’ve improved significantly in the past few years. Yet the improvement when I enabled Dirac’s software was remarkable and really quite undeniable.

Bass tightened. Detail was more prominent. The soundstage opened massively with a greater sense of width and depth, with clearer layering and separation between instruments. But crucially, voices still remained focused in the center, rather than becoming diffuse as they often do in these apps that claim to give your heaphones more holographic sound. It was all of the good and none of the bad. Try as I might to be critical over several tracks, I never felt Dirac’s technology degraded sound quality.

That’s a big deal to me. I’ve tried many, many software tweaks and enhancements to headphones over the years and they’ve almost universally been more “this is different” than “this is obviously better.” This isn’t one of them. The closest improvement is Sonarwork’s headphone app – which tunes your headphones to sound more like a studio control room – but while that app does a great job at improving a headphone‘s frequency response, it does little to nothing for its spatial qualities, and it only works with specific apps on smartphones.

Dirac doesn’t say too much about the secret sauce behind its technology. Like its room correction software, Dirac cleans up not just errors in the frequency response, but errors in the time domain (impulse response) as well. While these are related properties, Dirac aims to improve both.

The  frequency response is generally understood to be the most important determinant of sound quality and largely impacts the way we percieve the tonality of headphones (‘bassy,’ ‘warm,’ ‘bright’) etc. The impulse response reflects how a headphone responds to transients which can affect things like sound stage, the ‘tightness’ of the bass, and overall clarity.

The other side of the equation is Dirac’s 3D audio technology, which takes advantage of some of the latest HRTF processing to provide that wide soundscape. If you don’t know what the HRTF is – the Head-Related Transfer Function – it’s pretty much the reason headphones stick the music inside your head while good speakers sound more akin to a live performance.

When you listen to speakers, the sound passes through your torso, head, and ears, getting modified along the way. Depending on where the sound is coming from, the sound is modified in different ways, and what your left ear hears is not the same as your right. Your brain then uses this difference in sound to calculate positioning with remarkable accuracy. Dirac’s software replicates the HRTF data that is normally lost with headphones to provide a more expansive soundstage.

Though people have been using HRTF processing for years (think of basically any ‘virtual surround’ system you’ve ever heard), Dirac’s might be the best I’ve heard yet. To be clear, Dirac’s app won’t suddenly make you think you’re listening to a pair of speakers, but it provides something intermediate that I thought was a marked improvement to the typical headphone experience.

The big ol’ caveat to this is that I was only able to try the Dirac app with a single pair of headphone. So who knows, maybe it was just a fluke. The effectiveness of different HRTF algorithms also vary from person to person – we all have different heads, after all – so maybe it wouldn’t work as well for you. But given my experience with Dirac’s room correction software – one of the few such systems worth its salt – I think the company is on to something.

Unfortunately, compatibility is currently limited to a few models – a little over fifty Bluetooth and wired models, at the time of writing. That includes some popular ones, like Apple’s AirPods Pro, Sony’s WH-1000XM3, and the Bose Quietcomfort 35-II, but many others are not yet calibrated. Still, the company says its rapidly expanding its list of supported headphones.

Also unfortunate, there’s no word on when the app will be available to the public, but the company says it’s “in talks with some of the world’s largest smartphone and music streaming companies about embedding the new Dirac digital audio solution into their products and platforms.” At least one partnership is due to be announced in Q1 of this year.