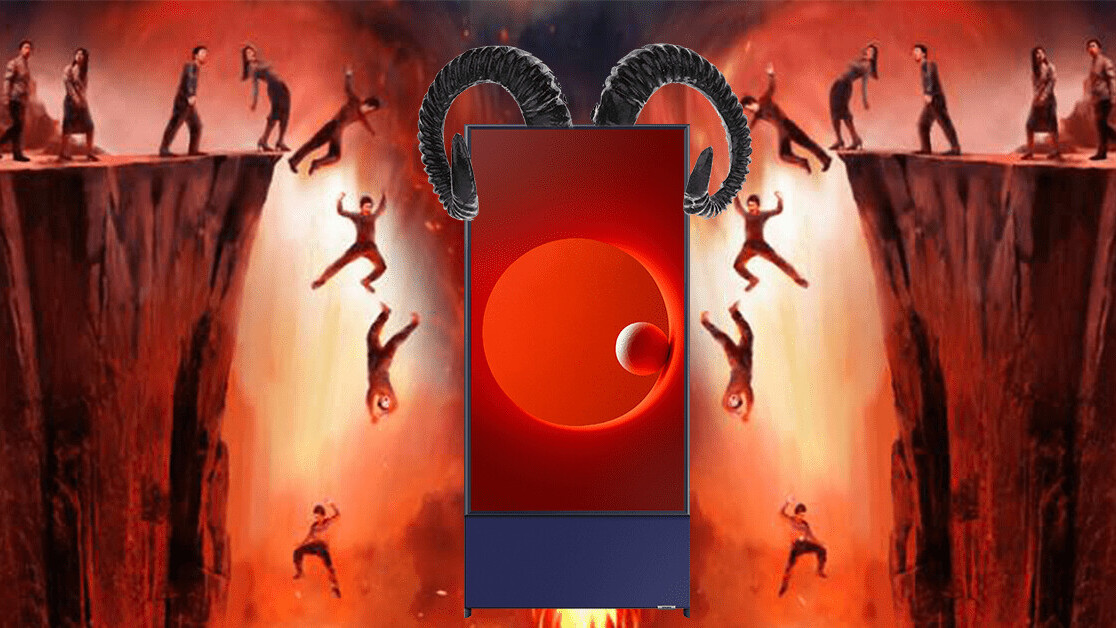 You know something I’ve never, ever wished my TV could do? That’s right: rotating from landscape to portrait.

Well, in a strange case of an anti-wish occurring, Samsung has just announced an expanded roll-out of its perspective-shifting TV, the Sero. Thanks for that.

Now, we covered Samsung’s Sero briefly here as part of a news story on the company’s fresh devices, but I feel there’s a bit more to be said about this so-called ‘TikTok’ TV.

First though, a little bit more information. Samsung’s Sero (which means ‘vertical’ in Korean) is a 43-inch device which sits on an unremovable stand. This stand contains speakers, and also allows the screen to move between landscape and portrait modes. It works by connecting to users’ mobile devices, and mirroring the orientation of the screen.

Why? Well, so “millennials and Gen Z consumers” can watch mobile videos on their TV in the correct orientation.

To avoid being an old man yelling at clouds, I have to admit the Sero rotating TV looks pretty damn cool. I mean, check out this thing in action:

The technology behind the Sero and the seamlessness of its operation is undoubtedly impressive — so props to Samsung for that — but I’m sorry to say that it’s also totally fucking stupid.

Let me put it this way, even if you love TikTok and Instagram stories, do you really want to watch them on your TV? Like, really? Really? And on the bizarre off-chance you do, would you buy a specific TV that’d let you watch them on a vertical screen?

Look, it’s not a snobbish thing. I’ve spent a large portion of my adult life obsessed with Vines — and have spent countless hours consuming YouTube compilations — but I’ve never been bothered by the letterboxing of the videos. It’s fine. They’re totally watchable.

The issue to me is that the Sero ‘TikTok’ TV ignores the fact that phones and TVs are two different mediums. For example, does anyone really want to watch a movie on a phone? No, it tends to happen due to convenience, not choice, as a TV is far better designed for us to absorb long form content.

A similar thing is true of phone-centric platforms like TikTok. Part of their success is that they fit in with the short bursts of distractions we look to our phones for. Would you really want to spend an hour watching 240 TikToks on a big screen? One after another? An array of them? Endlessly? For all time.

Basically, this is why Samsung’s Sero ‘TikTok’ TV is dumb: it’s forcing a medium to become something it’s not for no real benefit. Is the technology cool? Yeah. Is it useful? God no.

The Sero ‘TikTok’ TV is a pointless exercise in vapidness, it’s trying to make our entire lives mobile-first, and solves no problems, which is why it’s the perfect reflection of our terrifying hellworld. Thanks, Samsung.