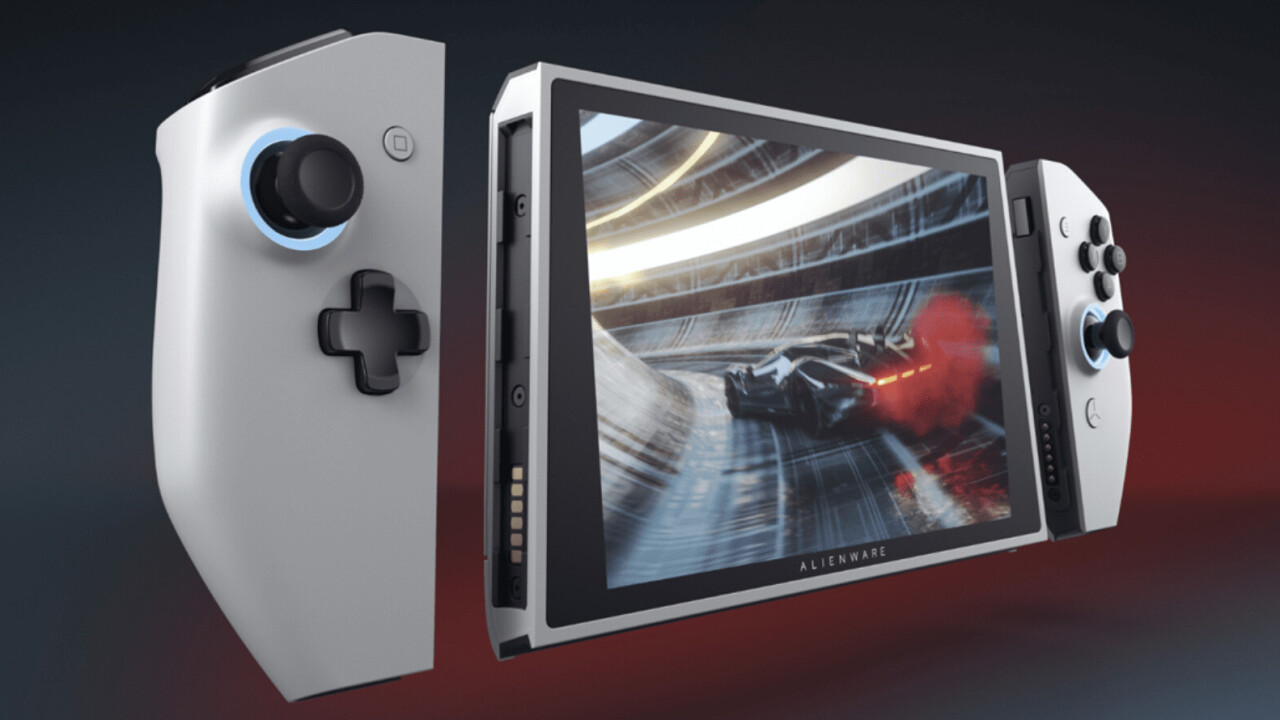 The Nintendo Switch was one of the greatest inventions of the past decade. It made console gaming portable in a way no previous handheld gaming device was ever really able to do. A lot of that was due to its clever convertible form factor, so it was only a matter of time until someone emulated it.

Case in point: At CES, Alienware announced the Concept UFO, a gaming PC that is basically a straight-up Switch clone. But I don’t care because I want one.

The Concept UFO packs an 8-inch screen and a 1900 x 1200 display into a portable form factor with detachable controllers. The device overall seems a bit chunkier than the switch, though, on the plus side, the controllers seem a bit more ergonomic. And yes, it still has a kickstand so you can play with the controllers detached just about anywhere – and this is adjustable and looks quite sturdy.

Unlike the Switch, it’s a full-fledged Windows PC, so you could also play games with a mouse and keyboard. It has a Thunderbolt port, so you should be able to export an image onto any display with the right cable.

Also unlike the switch, the controllers don’t mirror each other, so you won’t be able to play two-player games using only the built-in remotes. On the other hand… it’s a full PC. Connect any Bluetooth or USB controller and you’re good to go. Imagine this with a keyboard case, and it can even serve to get some work done in a pinch.

Unfortunately, it’s just a concept. Though the press got to go hands-on and the unit seemed to perform well, Dell (which owns Alienware) isn’t promising it’ll actually come to market. And though the company has working prototypes, it isn’t providing any specifications beyond the display and the fact it uses a 10th gen Intel processor.

I also can’t help but feel Nintendo, a company that’s extremely protective of its intellectual property, would try to prevent something like this from coming to market. In any case, it wouldn’t be a real Switch competitor; Alienware PCs are expensive and you can expect this to be priced more like a gaming laptop than a portable console.

The company showed off a few other concept PCs. Concept Duo is basically a Surface Duo – two touchscreens attached in laptop form – while Concept Ori is the same idea but with a foldable screen instead of two separate ones. That’s neat, but everyone and their mother seems to be trying to make folding displays and dual-screen devices. Make Concept UFO real and you have my money, Dell.