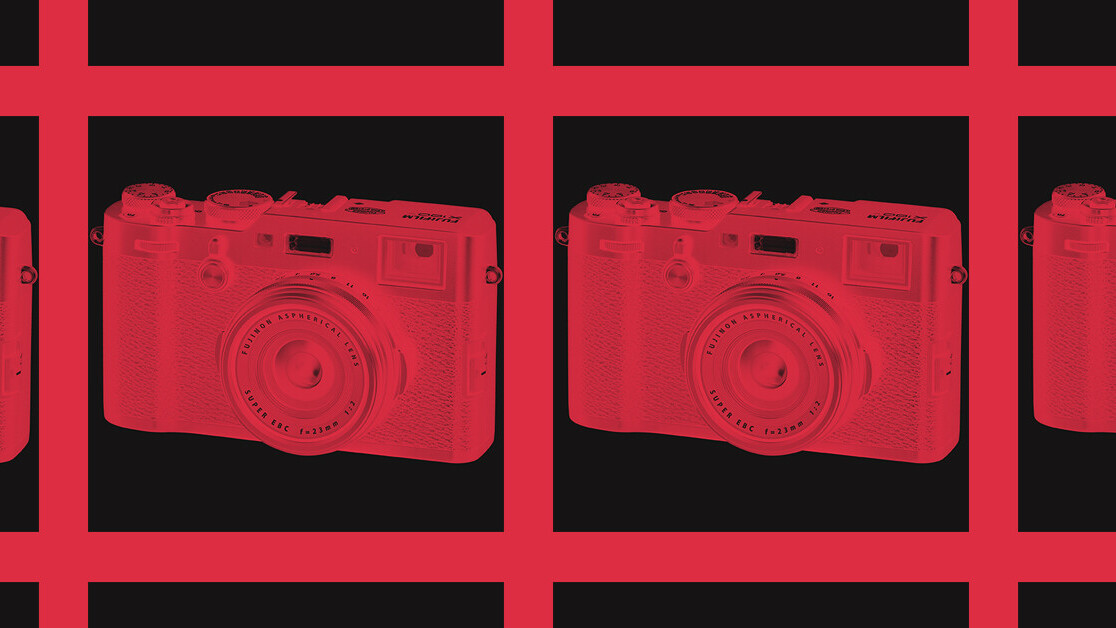 It’s been exactly 30 days since I last had a chance to walk the streets with my Fujifilm X100F. Today marks the longest break from photography I’ve had since I first picked up the camera in 2017 — and this split has made me realize how much I love it.

A month ago, I woke up on a Sunday morning with one goal in mind: To catch some silhouettes out in the streets. The weather was just right — neither too hot, nor too cold, with a clear sky and the sun casting deep shadows on every surface it touched. Everything was perfect.

(This piece was originally written in November. I still love my camera though.)

Well, almost everything: I had suddenly noticed the lens ring — used to adjust the focus — on my X100F was beginning to detach from its body.

A week later, my X100F was on its way to Germany, where it was about to get a check-up from Fujifilm’s camera doctors. After reading through heaps of threads on Fujifilm’s repair services, I feared the worst — fixing it could cost me more than getting a new one.

Fortunately, though, the diagnosis was soon in: A broken screen (that actually had happened on a trip to Barcelona back in January), and a lens ring replacement. Total repairs cost: €170 (nearly $190). Whew.

Let me make one thing clear right now: The X100F is no flimsy piece of tech. Those are marks of grit, true battle scars.

In the two years we’ve been together, this camera has accompanied me on all of my adventures – whether it be sole street walks in the early hours of the night, summer strolls in the scorching heat (I hate the sun, but I’ve got a thing for shadows), or trips abroad (though there’s been far less of those).

It has often been my only glimmer of hope during soul-wrenching tech events abroad, the only thing to get me through the day so I can take it out for a spin.

The X100F hasn’t simply been a camera to me, it’s been a source of inspiration. In the time I’ve owned it, I’ve toyed around with far more capable cameras — including Fujifilm‘s XT-3 and Sony’s A7R III — but I’m always giddy with excitement to go back to my X100F.

The compact form factor and stealthy shutter are part of it, but there’s something else about it, something more elusive. Holding it makes me feel like a real photographer (even though I’m reluctant to call myself a photographer on Instagram).

It makes me more daring when I walk the street. It forces me to be on my A game. It lures me into reacting to my surroundings and pursuing the scent of the unknown, the unpredictable.

I was attending a blockchain event in Paris on April 15, 2019. As usual, the event was a drag, but I had some plans for the night. I had matched a stranger on Tinder the day before and I was meeting her in the city centre. I got home, took a shower, got dressed, and headed out to catch the metro.

I planned to leave my camera in my hotel room, but I had a change of heart in the lift. “Why not grab it,” I asked myself, “I’m only here for a couple of days, I might as well make the most of it.” So I went back and picked it up.

Miscalculating how long the commute to the city centre would take me, I ended up being 20 minutes early to my date. I had to kill some time, so I “accidentally” got off at the wrong stop – Châtelet-Les Halles — with the intention of walking back to our rendezvous.

As soon as I got out of the metro station, I spotted a large cloud of yellow smoke covering the sky. Parisians were walking around non-chalantly so I didn’t make much of it at first, but I couldn’t help but wonder what it was. It was coming from the opposite direction of where I was headed, and I only had 15 minutes to make it to my date.

But I had to know.

I texted my date that I’d be late and I wandered off towards the smoke. I wasn’t the only one. There were suddenly swathes of bodies running away from the smoke, and as many people running towards it.

Many had their phones out, snapping videos of the menace. The closer I got to the source of the smoke, the fuller the streets got. At some points, cars could barely pass through. Drivers kept angrily honking at the crowd, but nobody bothered to clear up some space for them. Neither did I, I kept inching closer with determination.

With proximity, the noise intensified, and so did the crowd’s reactions. There were couples holding hands, people sobbing in panic; others were melancholically watching the yellowish fumes fill up the sky, expressionless.

Then I finally saw it with my own eyes: A large cathedral was going up in flames.

The Notre Dame was burning down, bit by bit.

The cathedral had proudly stood there for centuries. Minutes later, its spire had crumbled to the ground, along with 750 tons of stone and lead. By the next morning, much of the Notre Dame was only dust and ashes. And I was there to witness it all.

I had never felt being a part of history in such a palpable way until that moment — and had I not picked up my X100F, I might’ve never had this experience.

As curious as I am, I would’ve walked away from the mysterious cloud of smoke if I didn’t have the X100F strapped around my wrist. But I didn’t.

The truth is the photos I took on that day are hardly my best. I have yet to put them up on Instagram, and I’m still debating whether I should. I’m not proud of the pics I snapped per se; I’m proud of following my instinct as a photographer.

This experience made me realize that my quest for photography isn’t about achieving visual perfection each and every time, but about pursuing it to the best of my ability — and on that day, I have no doubts that I did.

The X100F isn’t instrumental to this quest, but it was key to reaching this epiphany — and for this reason alone, it will forever hold a place in my heart.

Don’t get me wrong, the X100F is far from perfect. There are many cameras that make me jealous, the Leica M10-P and the Sony A7R IV being the first two that come to mind. The image quality of those mogs the X100F, but their prices make it look super affordable (which, at $1,300, it certainly isn’t). It doesn’t really matter, though, because I’ve learned to love it.

Some photographers like to be masters of their devices, but I don’t necessarily subscribe to that principle. There’s a certain sense of exhilaration in trusting a camera to do its magic, letting its IQ decipher the perfect conditions for a shot. This is the type of relationship I have with the X100F. I’m not its master, and neither am I its servant. We’re a great tandem together.

Sure, I have a tendency to get clingy to inanimate objects. I’ve owned laptops, phones, and a slew of other pieces of tech that I’ve loved, and still learned how to let go of when the time comes. When they break, I go to the next model (or brand) that does the job better.

It’s not like that with the X100F, though. Because if there’s one thing I’ve learned over the 30 days I’ve spent away from it, it’s that even two years after its release, there’s no other camera I’d rather empty my pockets for than the X100F.

P.S.: All images in this piece have been snapped with the X100F. They’re all heavily edited (and some heavily manipulated). If you’re interested in a closer look at my creative process, follow me on Instagram.