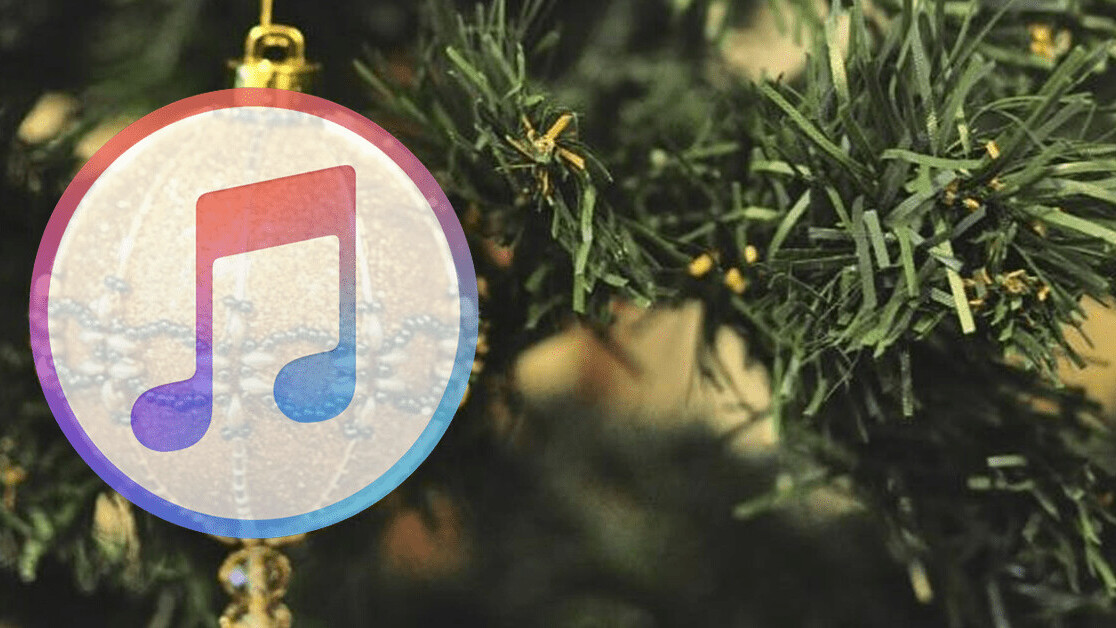 Is it childish to wish upon a star? To creep downstairs in the dead of night and shout your deepest desires up the chimney in the hope that Santa is out there, watching, waiting… anticipating? To write an article basically begging one of the world’s biggest companies to do something because you’d really like it to happen?

No. No it’s not. In fact, it’s actually a really mature, cool thing to do. Shut up.

So, here I go. All I want for Christmas is for Apple‘s software division to pull its fist out of its own anus and actually give us a macOS Catalina Music app that’s genuinely good.

I’m not talking about the Apple Music streaming service, but the digital file library. Although you don’t hear about this from Apple very often, there must be millions and millions of people who still buy MP3s and have active digital music libraries.

Now, earlier this year, Apple took iTunes out to look at some rabbits, and then blew its brains out all over the grassy knoll.

I think I was one of the few people to really love and enjoy iTunes, so I found this news quite upsetting. Aside from the predictable nostalgic element of the death of iTunes, I was especially concerned that Apple would turn the macOS Catalina Music app into one long advert for the Apple Music streaming service.

Thankfully, this didn’t pan out as I feared.

But.. not everything was rosy. Why? Because the macOS ‘Music’ app is still basically iTunes, just with less stuff in it.

Now, I know what you’re thinking: “but Callum, you said you loved iTunes, why would you be unhappy that the new macOS ‘Music’ app is basically the same thing?”

Look at you smarty-pants, coming in here and pointing out the inconsistencies in my own article. Aren’t you special? Basically, I liked iTunes a lot, but that doesn’t mean I didn’t think it could be better. And once I’d seen that Apple hadn’t made the macOS ‘Music’ app worse, it seemed pretty ridiculous that it didn’t put ANY effort into making the software a superior music library.

Don’t worry though, Apple. Stop weeping. There there, it’s okay — because I have some ideas that’ll make the macOS Catalina Music app as good as it should be.

FLAC (and other format) support

Currently (and to my understanding), the macOS ‘Music‘ app only supports MP3, AAC, WAV, AIFF, and Apple Lossless files. This is… okay, but there are a raft of other audio formats out there that people prefer listening to. I’m not going to get into all that now, but at the very least there should be FLAC support.

This is the most common lossless (i.e. high quality) format and the fact that the Music app doesn’t support this is… ridiculous. This should be a fundamental characteristic of any music library.

There have been multiple reports of the macOS Catalina Music app being slow as a tar-covered turtle. Whether it’s the search, song selection, or a myriad of other things, the software is as far away from a slick experience as possible.

Honestly, a streaming service like Spotify seems faster than the macOS Catalina Music app. Apple, you need to strip this thing to the bare bones and make it lightning quick.

Literally, no one wants music software that just randomly pauses. Or doubles tracks up in the library. All of which has happened to me.

Incorporate more flexibility into the software

This might go against the desire for less bugs, but it’d be great to have more flexibility with the macOS Catalina Music app. I know Apple‘s famous for making bits of software and hardware you can’t really tinker with, but it’d be amazing if it bucked the trend with this app.

What I’d really like to see would be a way you can drag-and-drop different elements onto the screen and make a truly customizable view. For example, having a little window that displays lyrics while a song is playing. Or two artist lists, so you can remain on one and still browse your library. Or an always-there equalizer with customizable settings.

There’s so much potential there, so many ways you could make something incredible that still has the feel of an Apple piece of software. Oh, any maybe we could introduce crazy, Winamp-style skins too?

A smarter way of retrieving metadata

I know you can ask the macOS Catalina Music app to retrieve album artwork, but not only is it pretty poor at this, it should have the ability to pull a lot more metadata. In this day and age, how hard would it be to add lyrics to the track? BPM? The key?

The main desktop music app on Apple machines should be able to find accurate information for every track you drop it in. That shouldn’t be so hard.

Apple actually doing any of the above

It’s never gonna happen. Not even a bit of it. Unfortunately, Apple has completely abandoned the management of digital music as a priority. On one hand, this makes sense because it views the Apple Music streaming service as its main money maker in this space. But on the other, it fucking sucks.

I mean, how much is Apple making from people using its software to manage their own libraries of music? Apart from sales of devices, nothing. I’m glad that Apple hasn’t removed this functionality entirely from the macOS Catalina Music app, but it has been ignored for so long that even a few months of focus from a dev team could make the software thousands of times better than it currently is.

I’m not gonna hold my breath though.