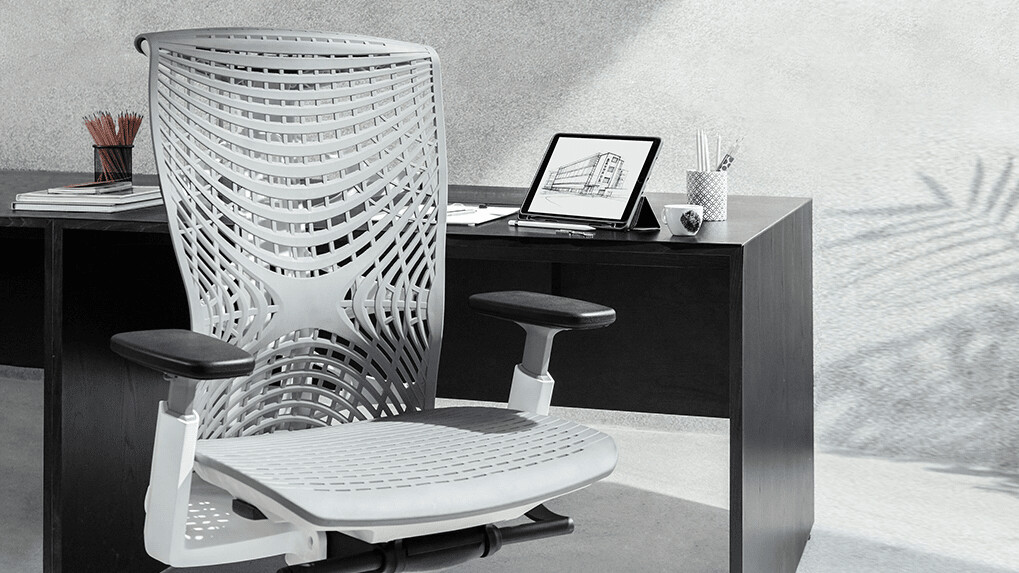 I’d reviewed not one, but two different Autonomous AI standing desks. When the company offered me a crack at their newest seating option, the Kinn Chair, I didn’t hesitate.

Kinn is decidedly new but also familiar to anyone who has eyed Herman Miller’s pricy Embody — a $1,300 technological marvel that can quickly shoot past $1,600 depending on the selected upgrades. What makes Embody special is its TPE spine, a collection of arms covered in rubberized mesh that mimics the movement of the human spine. When you twist to the left, for example, so does the chair.

Kinn offers the same sort of experience, but at $399. It’s no Embody, spending $1,500-or-so on a chair doesn’t really make sense for most people.

After unboxing Kinn, what immediately struck me was the quality of the pieces. It’s plastic in all areas except the base — which is heavy, and includes oversized wheels that glide perfectly on any surface I’ve tried it on. But the plastic doesn’t feel, nor look, cheap. I elected to go with the white model and “Naked Grey” TPE back, though there are half-a-dozen-or-so options that can provide a splash of color, or leave you with a more neutral-looking offering that you’re probably used to. In hindsight, I wish I’d had the courage to grab the green mesh back but I’m not at all unhappy with the grey and white combo.

Assembly was a snap, literally, with most items snapping together, held in place with screws and precise cuts. There’s no guessing involved and even without the instructions — which were included, I’m just instruction averse in most cases — I was able to assemble the chair within 20 minutes.

Once assembled, it’s sturdy — weighing in at about 35 pounds. It’s also devoid of the typical wobbles you’ll find with poorly constructed offerings at cheaper price points.

I finally did grab the instructions, but this time to understand the cranks, knobs, and handles on the underside of the chair. Aside from the TPE spine that moves as you do, there are a number of adjustments that help you to customize the armrests, back tilt angle, tension, seat height, and depth. It’s a lot to figure out at first and I found it to be a constant work in progress for the first few days. Once it’s dialed in though, it’s incredibly comfortable, even for someone like me who spends eight-plus hours at his desk each day.

I’ve grown to love Kinn, but I didn’t enjoy the chair at first. In fact, I found it to be quite uncomfortable. This was mostly due to my poor habits, however. I sat in strange positions (and repositioned myself constantly) that caused a lot of strain on the joints — the knees (I often sit with one foot tucked into or under my other thigh), neck, back, and shoulders. After a few days though, I found that my posture started to improve, as did the comfort level of the Kinn Chair. I can’t stress this enough, but Kinn really is a chair designed for the “proper” seating position. If you can’t adjust, it’s best to look elsewhere.

For me though, the forced ergonomics proved to be beneficial. After two months of daily use, the proper seating position comes naturally now and I no longer have the aches and pains I’d experienced my whole professional life.

Is it as good as Herman Miller’s Embody? No, but it’s clear the inspiration Autonomous AI took from that design has paid off. At $399, the Kinn Chair is a no-brainer for anyone looking at an ergonomic option at this price point. As for me, I’m still using it and I plan to continue doing so until something better comes along..