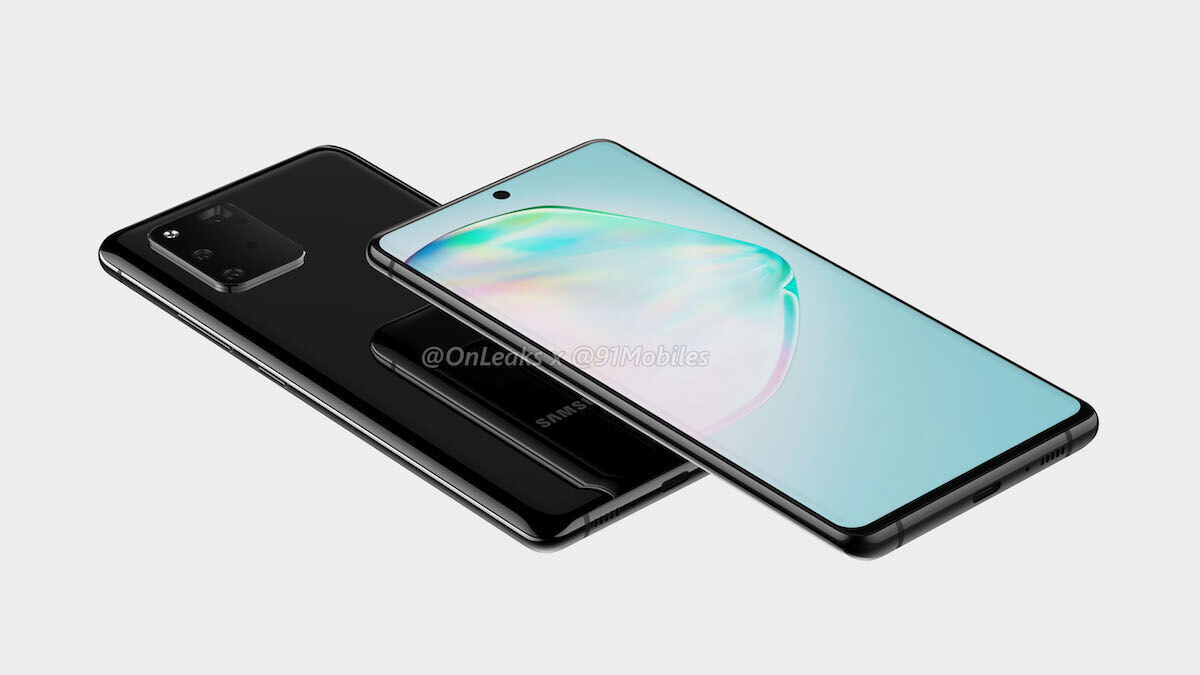 It seems Samsung still has some major smartphones to release before the S11 arrives next spring. Over the past couple of days, leaks have all but confirmed Samsung is working on an S10 Lite (A91) – not to be confused with the S10e – and Note 10 Lite (A81).

Though we first heard about the Galaxy S10 Lite/A91 over the summer, yesterday reliable leaker @OnLeaks published a set of renders of the phone in partnership with 91mobiles. The S10 Lite had previously been confirmed by an FCC filing.

The phone looks largely similar to the upcoming Galaxy S11, notable for its large rectangular camera bump on the rear with three or four camera (the leaker isn’t sure). This bump also includes a rectangular cutout that likely suggests a periscope-type lens for extra-far optical zoom. On the front, there’s a single central camera cutout for your selfies.

Otherwise, it looks like a pretty normal glass sandwich phone. And in case you’re wondering, no, it does not have a headphone jack.

We do already know some of the device’s specs, with rumors pointing to a 6.7-inch FHD display, a Snapdragon 855, 8GB of RAM, 128GB of storage, and a 4,500 mAh battery, and the phone is expected to come in a 5G variant. Other than the display, those specs are surprisingly flagship-y. Perhaps Samsung is feeling the pressure from OnePlus and wants to deliver high-end specs at a lower price.

The Note 10 Lite, also shared by @OnLeaks and 91Mobiles, features a similar design and near-identical camera setup, except it comes with an S-Pen. Curiously, the Note 10 Lite is currently expected to come with weaker specs, including last year’s Exynos 9810 and 6GB of internal RAM.

On the plus side, this phone does come with a headphone jack. Make up your mind already, Samsung. (You know, assuming these leaks pan out).

Both phones are rumored to be announced before the end of the year, so it shouldn’t be long until we find out more.