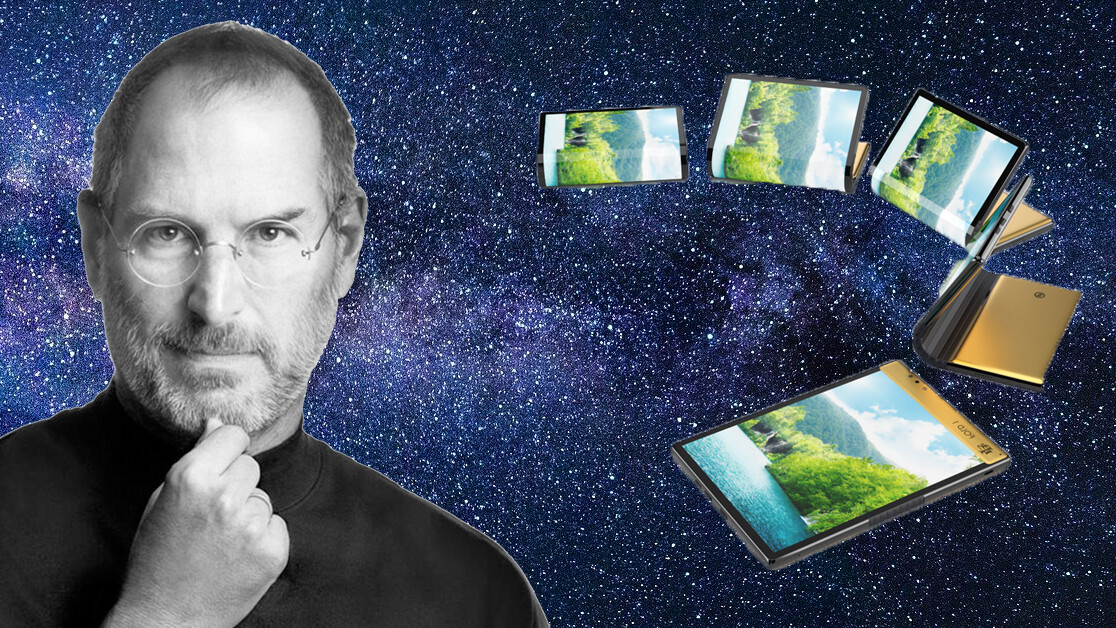 Enter: the Escobar Fold 1 — a 7.8-incher of a handset, sporting a Snapdragon 8150 chipset with 6GB of RAM and 128GB of space. Its killer feature? Confidence.

I’m not kidding. According to the promotional materials, this phone not only scares Steve “Apple Boy Steve” Jobs posthumously, but also commands the attention of women.

“Apple Boy Steve once looked into space,” says a Fold 1 commercial, voiced by a Fiverr-tiered replica of Don LaFontaine, “he saw Pablo Escobar with a phone beyond anybody’s imagination.”

“I have made one of the first foldable smartphones in the world,” says Roberto Escobar. “Thanks to effective production and no special deals with retailers, we have been able to keep costs low as compared to other manufacturers.”

“The Escobar Fold 1 is the best smartphone in the world right now,” he continues.

A foldable phone is a ballsy move. Samsung tried it, and we all know what happened. I’m confident Escobar Inc — a company with a long history of innovation [citation non-existent] — can make it happen, though.

Curiously, the device’s screen barely makes an appearance in the classy promo materials provided by Escobar Inc. The only footage of the phone folding we have is this 14-second clip:

That, backed by the famous Escobar Inc brand, is all the reassurance I need to know this is a sturdy, functional piece of tech.

As you might recall, Escobar Inc announced that, following a $3 million lawsuit, it had secured the rights for PabloEscobar.com. There, it intended to sell “groundbreaking technology” like the notorious flamethrower which Elon Musk allegedly stole from the company. The Fold 1 appears to be the first piece of tech to come to the masses.

“We are in the process now of starting a $50 million technology company which will beat Apple Inc, easily,” the young CEO told TNW at the time. The seeds are now planted, it seems.

Unfortunately, the Fold 1 makes its debut on EscobarInc.com, and not PabloEscobar.com. We’ve asked Escobar Inc CEO Olof Gustafsson why that is, and will update this piece accordingly if we hear back. We’ve also asked for a review unit of the Fold 1, which we hope we can test out in the near future. We’ll keep you posted.

In the meantime, remember the name “Fold 1.” It’s not an iPhone, it’s better.