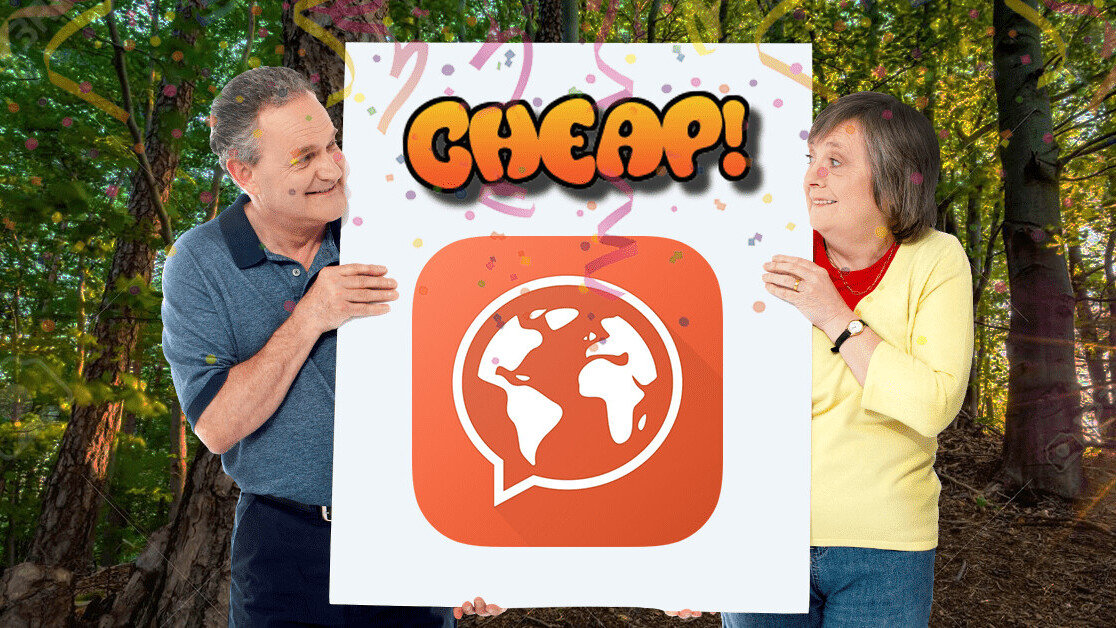 If you were to compile a list of all the things that people want to achieve across the world, learning another language would be high up there.

Many of us would love to be able to communicate in another tongue, experience a different culture from the inside, but there’s normally a drawback: when are you gonna find the damn time to actually do it?

With long commutes, demanding jobs, and, you know, life, fitting in learning can be tough.

This is why there’s been an explosion of apps and services that can help you learn a language wherever you are. And — would you believe it — one of the most prominent players in this market is currently running a great offer.

Right now, you get a lifetime subscription to Mondly for only $90. Normally, this costs $2000, so you’re looking at a 95 percent discount with this offer. Not bad, right?

Mondly has 33 languages on its platform, including big hitters like French and German, but also less widely spoken in the West tongues, like Indonesian, Persian, and Japanese. You can find a full list here.

So, aside from these languages, what other things aside do you get with the lifetime Mondly subscription? Firstly, you can use Mondly on web, Android, or iOS. Alongside this you get conjugation tables and grammar features, a chatbot with some pretty advanced speech recognition, and access to the Mondly Kids app.

You can also get your grubby little mitts on vocabulary builders, conversation scenarios, and, of course, your standard daily lessons.

Oh, you can also take advantage of the new AR feature Mondly has been rolling out:

The Mondly app has also won a range of awards from big hitters. This includes being named in a “Best Of 2016” list by Apple, being an “Editor’s Choice” on Google Play, and named “Best Regional App of 2017″ by FbStart from Facebook.

So, if you’ve been hankering to learn a language, now could be the time to start. Hell, this could be the beginning of a great new year’s resolution, so make sure you pounce before it’s too late.

You can head over here and grab a Mondly lifetime membership for only $90. Happy learning!