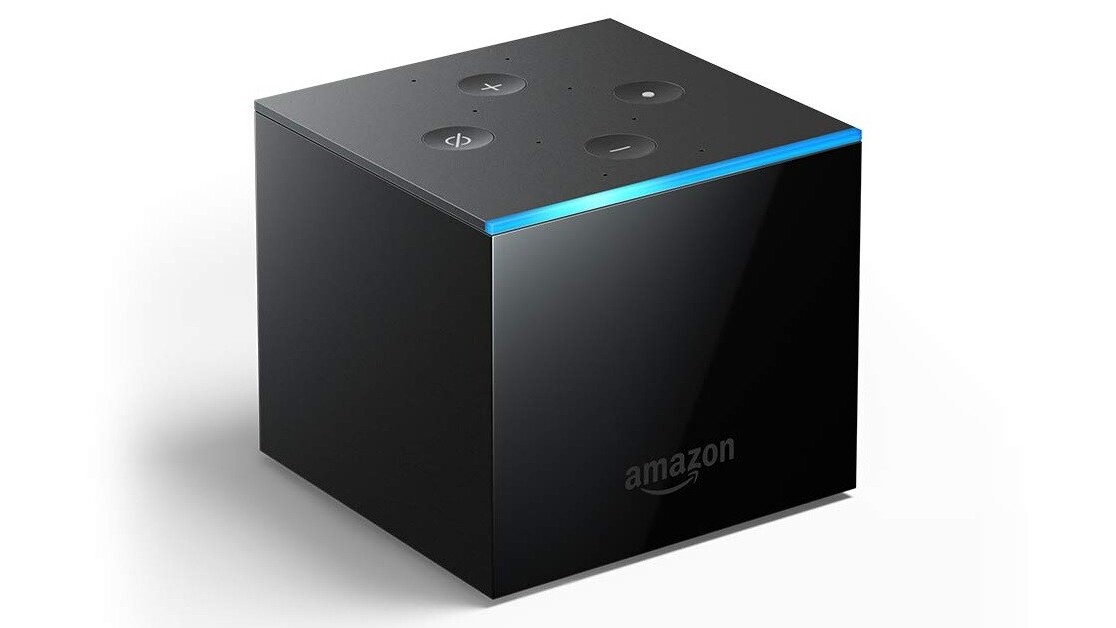 Amazon beefed up its Fire TV Cube with a few new hardware upgrades, refreshing it for the 2019 market. It’s undoubtedly better — but the changes are so incremental that if you have the original, it might not be worth your money to upgrade.

Everything Tristan said about the original Fire Cube in his review still holds true — it’s a fantastic device, particularly if you don’t already have a smart assistant and want one that can do basically everything. Alexa connects to cable, music, and streaming platforms and the ability to simultaneously bark basic demands about the weather and be served a cornucopia of entertainment options is just too good.

Playing with the new Cube is delightful. I spent perhaps longer than I should have moving around my house, trying to see how far I could get away before Alexa wouldn’t be able to hear me (spoiler alert: pretty darned far). It can respond to some pretty complex commands, though I still had to use its built-in volume buttons manually to get her to lower its damned voice.

One notable thing it lacked? An HDMI cable — can’t fathom why Amazon felt that wasn’t important enough to include with a $120 device.

Here’s the thing: it’s a great device that does just about everything you could want from a TV smart speaker/device, YET it makes absolutely no sense to buy one if you have the original Fire Cube. There’s a reason I linked to my colleague’s review of the previous device and didn’t bother to itemize the device’s perks: I’d basically be reiterating everything he said. The only difference appears to be upgraded HDR and a more powerful hexacore processor.

But still, that processor — I didn’t have an original Fire Cube on hand with which to compare precise speeds, but it was fast. There was virtually no pause between what I asked and the appropriate app loading up. I could ask Alexa something pretty complex, like “Play Lizzo’s Truth Hurts on YouTube” and it loaded the video almost before I’d completed my sentence.

Regrettably, it’s no more of a looker than its older brother — it’s still a nondescript black box. Considering it was sitting on a shelf with all of my more colorful handhelds, it looked particularly squat and unsightly. That’s a relatively petty complaint in the grand scheme, but these things are important.

Alexa is generally a decent voice assistant, but I did notice it got confused every so often. I asked Alexa to pause a loud YouTube video, which it did. I then gave it another command, which it couldn’t follow. Then, for some reason, it just started playing the paused YouTube video again.

Another problem on my end is that, unlike my colleagues, I don’t own a plethora of smart home devices. And if you don’t, the Fire TV Cube doesn’t have features that differentiate itself from streaming sticks or dongles. I can’t turn on my blu-ray players or game consoles, or even switch directly over to them — I have to remember which input each one is hooked up to, and say, “Alexa, switch to HDMI 3″ or something like that. Troublingly, despite my TV having a component input, Alexa wouldn’t recognize a “Switch to component” command.

But that feels like a problem with Alexa in general, not just the Cube. For what it’s meant to do, the Cube is an excellent all-around smart device that offers sophisticated control of your home theater. If you wanted both an Amazon Echo and a Fire TV stick, this makes a good combination of the two.

Still, if you already have the previous generation Cube, you probably don’t need to upgrade. Let’s hope the third generation brings some more interesting updates.