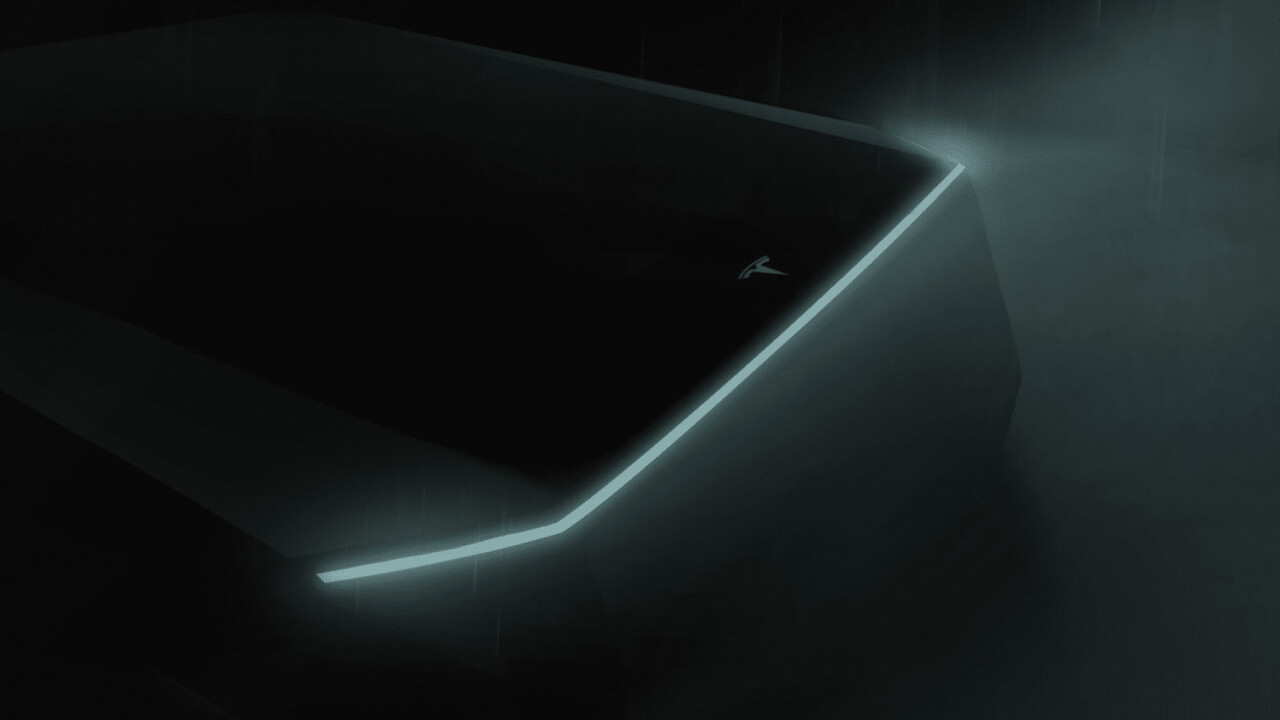 The moment many a Tesla fan has been waiting for is almost here: Elon Musk is set to reveal the Tesla Truck at an event in Los Angeles tonight. Here’s what you need to know.

First thing first, you might want to prepare some coffee if you’re in the East Coast or across the pond. The event is set to begin at 8PM PT/ 11PM ET, and Musk has a habit of running late.

Although there is not a landing page yet, Tesla has previously streamed events on its website. The URL was livestream.tesla.com for the Model Y earlier this year, so I wouldn’t be surprised if it’s the same thing this time around. In any case, the stream will almost certainly be featured prominently on Tesla’s website and we’ll update you with a proper URL and/or embed when we get one.

We know precious few concrete details about the ‘Cybertruck’ so far, but Musk has let slip a few tidbits. The truck will apparently feature a futuristic Blade Runner inspired design. Musk has claimed it “will be a better truck than an F-150 in terms of truck-like functionality, and be a better sports car than a standard [Porsche] 911.”

Cybertruck unveil on Nov 21 in LA near SpaceX rocket factory

Musk has claimed the truck will seat six passengers, offer up to 400 to 500 miles of range, and be able to tow up to 300,000 pounds. It’s also supposed to start for less than $50,000, although it’s not clear if that price includes tax credits.

Making a good truck will be key to Tesla’s long-term success in the US, where the three best-selling vehicles are all pickups. A good showing tonight could be just what some gas-guzzling Americans need to see the light.

Stay tuned for our coverage of the Tesla Truck reveal.