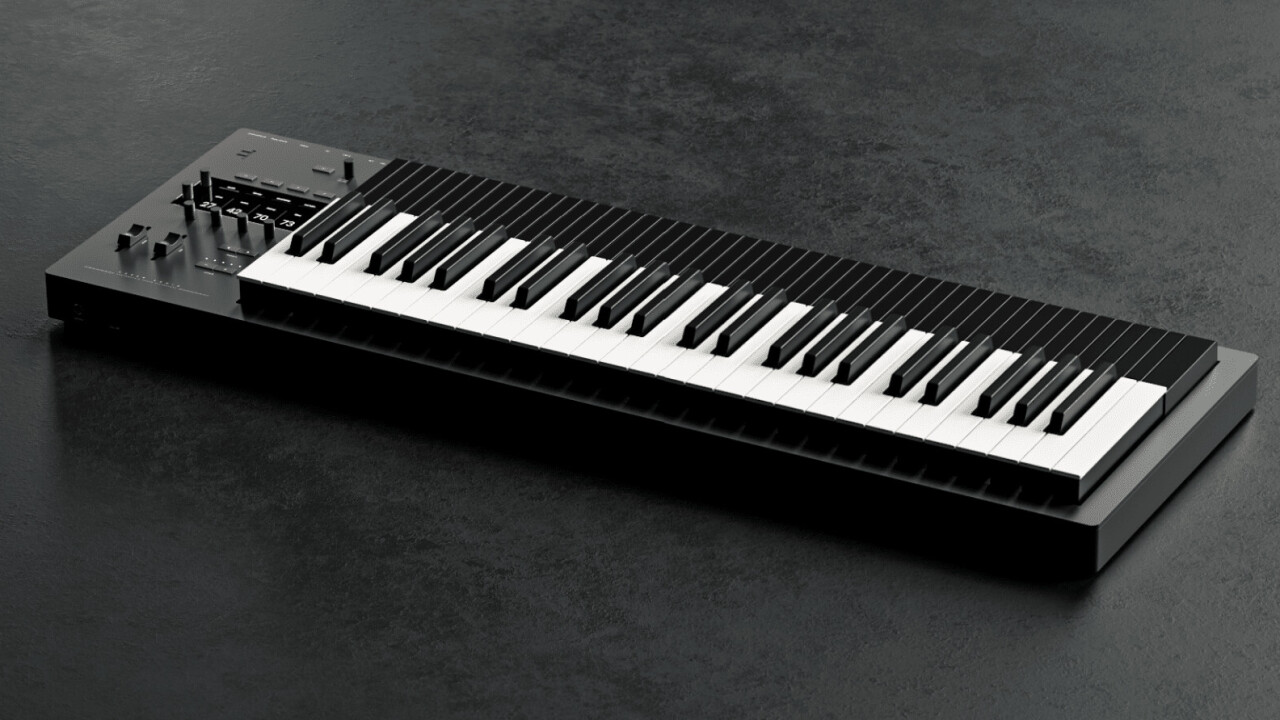 Talented keyboard players can push their instruments to the limit, but there are fundamental setbacks to the format. You can’t typically do vibrato or crescendos on a piano, for instance. A synth keyboard often gives you more flexibility with a wheel, joystick, or other doodad to articulate your playing, but musicians are always looking for new ways to create music.

Enter the Expressive E Osmose, one of the most exciting takes on the synth keyboard I’ve seen to date.

The Osmose can be played just like a regular keyboard, but adds a huge amount of expressiveness thanks to 49 keys that can articulate notes by literally swaying side to side. Unlike a traditional pitch wheel, this means you can bend the pitch of individual notes within a chord, and it means you don’t have to take your hands off the keyboard to articulate notes while jamming.

Expressive E calls its tech Augmented Keyboard Action (AKA), and it overall supports three dimensions of touch: velocity, pressure, and lateral movement. These can combine in a myriad of ways to make for an instrument that can not only play traditional keyboard parts, but more accurately replicate instruments like flutes, brass, and strings, as well as create all-new sounds.

Those of you keeping an eye on this space might be reminded of Roli, another company that’s made its name through adding layers of expressivity to the keyboard layout. But while Roli supports more dimensions of touch – vertical and horizontal slides across keys in particular – the Osmose differentiates itself in one key way: it plays just like a regular keyboard.

While the articulation features open up a world of possibilities, there is virtually no learning curve to the Osmose if you just want to play it like a regular keyboard. In fact, the keyboard feels better than most regular synth keyboards thanks to a long pivot point that feels closer to playing a traditional piano, while still having the springy, aftertouch-friendly action of a synth. Moreover, Expressive E cleverly leaves the back portion of the keys exposed, giving you fine control for playing notes more lightly.

The point is it all feels intuitive. You could theoretically do everything the Osmose does by messing around enough your music software, but that’s like saying you could compose a symphony on your PC with just a mouse and keyboard. I mean, sure, but that’s no fun.

The hardware is powered by Haken Audio’s Eaganmatrix Synthesizer engine, previously seen on the Continuum fingerboard. Expressive E says the Osmose includes a large library of sounds designed to take advantage of the AKA hardware to create strummed notes, vibrato, legato, layered dynamics, and more. You can further tweak sounds with a robust control panel that includes a pitch and mod sticks, two continuous pedal inputs, a bunch of buttons, and an LCD screen.

And of course, it still works like a regular MIDI controller, with support for MPE and MPE+ sounds, polyphonic aftertouch, a Multichannel MIDI mode, and global pitch bend. You needn’t connect it to a computer to use it either.