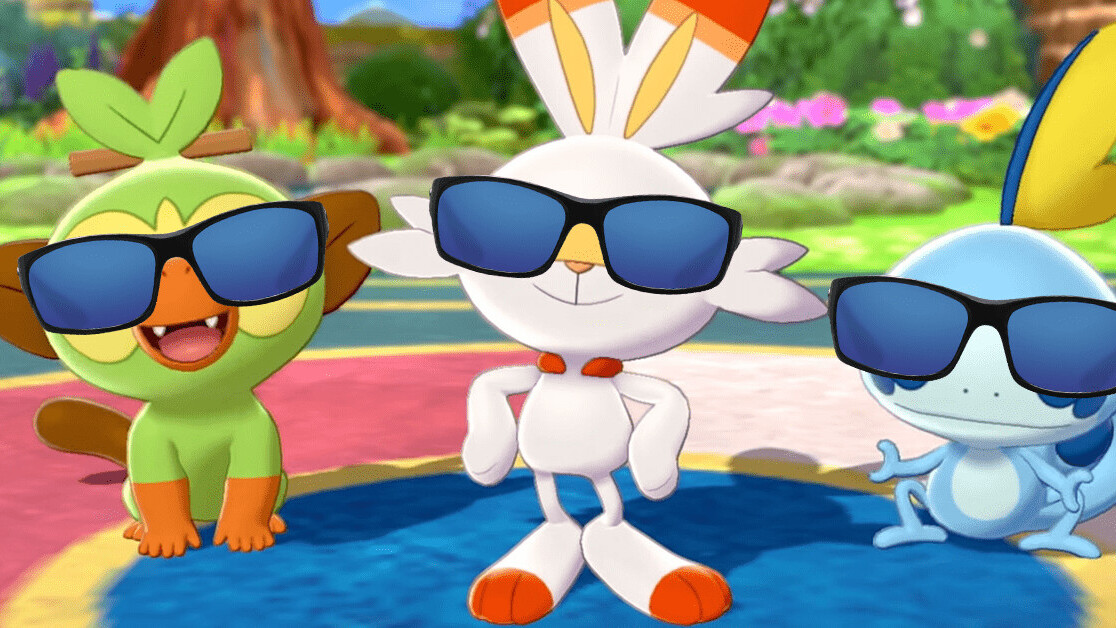 On Friday evening, I finally started playing the long awaited Pokémon Sword & Shield. These is the first ‘proper’ Pokémon game for the Nintendo Switch (the Let’s Go… games don’t count) and, after putting some hours in, I can say one thing: it’s great.

Pokémon Sword & Shield feels bigger, more interactive, and exciting than previous titles and — nostalgia aside — I think it can quite easily claim to be the best ever Pokémon game.

But, if I’m being completely honest, I’m slightly disappointed. The Pokémon series can be so much more.

Before we go on, some disclaimers. Firstly, Pokémon Sword & Shield are a fantastic pair of games. Just because I think they can be improved doesn’t mean I’m not having a great time playing them. Secondly, I also get that the series is aimed at the children’s market, so therefore has to adhere to certain requirements, such as complexity and ease-of-use. This isn’t something I’m going to be considering in the below.

So, with that in mind, here are some surefire ways to improve the Pokémon series.

Take inspiration from ‘Breath of the Wild’

This, in my mind, is the single biggest thing Pokémon should do. While playing Sword & Shield, all I could think about would be how fantastic the game would be if it tried to follow in the footsteps of the latest Zelda game.

In my mind, it’s about two main things: openness and depth.

Imagine a Pokémon set in a sandbox-style world. Where the whole map is open to explore at your will. Where you can discover hidden areas and truly dive into a magical world. God, it’d be great.

Of course, the company has made strides in this direction (the “wild area” is a large open space you can wander around and catch pokémon, and the introduction of a cooking system broadens its scope), but it feels there’s so much more ground to cover.

Reduce the number of pokémon

This is probably nostalgia talking, but while I’ve been playing Pokémon Sword & Shield, it seems that many of creatures are just mixed-up or rebranded versions of classic creatures. For example, instead of having a pigeon-influenced flying creature, you have a rook-based one instead. It’s fine, but it doesn’t feel unique.

Now, if the Pokémon series shifted into a more open world, it’d make sense to narrow the amount of the creatures, so each of them have a more prominent role to fulfil. So strip the number of the creatures back. You don’t have to only use the original pokémon, but a mix of these and later generation fan favorites would make the game so much more impactful.

And yeah, this would probably take something away from the “catch ’em all,” collection element of the game, but I’m willing to give that up for more overall versatility.

Adopt more of a story

So far, Pokémon Sword & Shield has the same basic plot as every game in the series: earn badges by defeating gym owners, and battle against your rival, with the goal of eventually becoming the champion.

This isn’t a bad thing, but I feel there’s more you can do with the Pokémon world. There are big questions about the nature of the pokémon/human relationship, how evil fits in this universe, mortality, and so much more.

Hell, even if you don’t want to make the game Witcher 3-dark (which Nintendo definitely wouldn’t do, but we can dream), I feel there’s potential to do something, well, different. And deeper. And more meaningful.

The current turn-based battle set-up feels strange. I can understand why technical limitations of the Game Boy led to this fighting methodology in the original games, but today? You can do so much more.

Whether it’s getting multiple pokémon involved, going completely live-action, or finding a totally different of conducting battles, I feel there’s a huge opportunity here. The very core of Pokémon games has remained virtually the same in over 20 years, and I’d like to see Nintendo take a gamble with combat.

Don’t get it mixed up though, ‘Pokémon Sword & Shield’ is still very good

Like I said, it’s an incredibly fun game that I’ve already sunk a fair few hours into — and one I expect to keep playing. But it feels very much like a solid update from previous versions, not a generative upgrade.

This isn’t a bad thing per se, because if you’ve liked previous Pokémon games, you’re bound to like this. But I know this franchise could be so much more. Seeing what Nintendo did with the Zelda series on the Switch has made me hungry to see what they could do with their other franchises.

Maybe this is greedy, but can you seriously say you wouldn’t like to play a game like the above? Me too. Well, until then, I’ll keep on having a great time playing Pokémon Sword & Shield.

You can grab the games here.