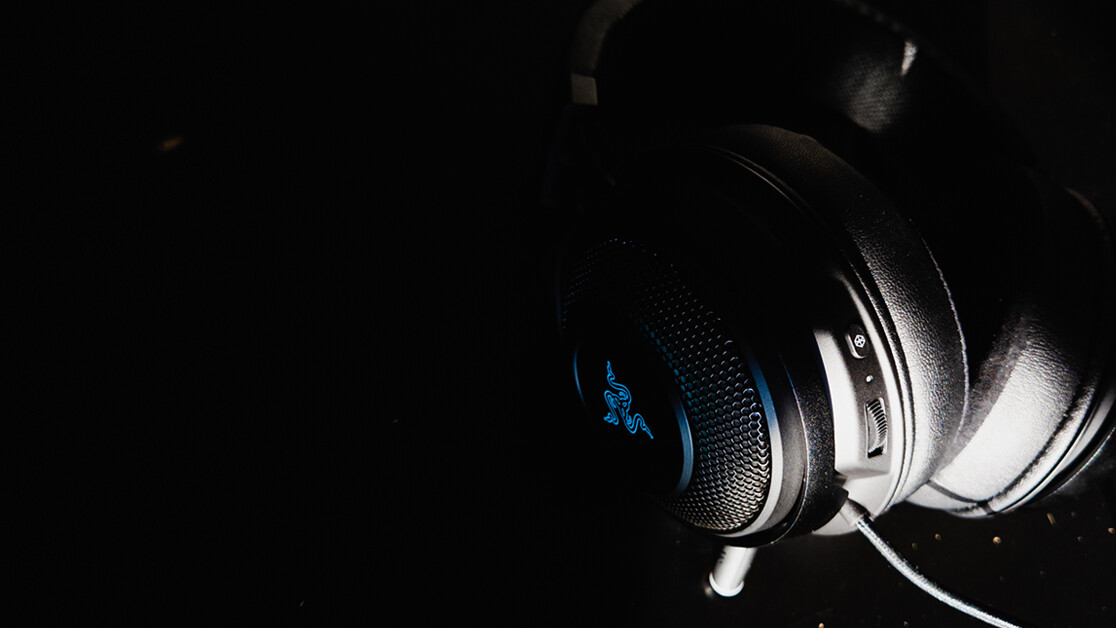 How was your weekend? “Not bad, went out with some frie–” Mine was dope. I was at my crib (you can still call a tiny overpriced studio a crib) checking out an unreleased Razer gaming headset that nobody’s tried before. Cuz my life’s dope and I do dope shit.

What can I say, I’m a cool guy. I’m so cool I spent the entire Friday pompously bragging to my colleagues I’m reviewing a yet-to-be-launched headset over the weekend. “What kind of a headset,” nobody asked. “I’m really sorry, I signed an NDA, I can’t talk about it. No, I really can’t.”

But now that the cat’s out of the bag, I no longer have to keep mum about it — and I’ve got lots to say. Razer has made a new addition to its Kraken lineup of headsets: the Kraken Ultimate. It’s the priciest Kraken model to date and inherits lots of the defining marks of its older siblings, including a lightweight form factor (and a cord).

I spent nearly two full days with the Kraken Ultimate, and the experience has been generally positive so far. Let’s talk about it.

True to the Kraken series

There’s no denying it: the Kraken Ultimate bears a strong resemblance to its predecessors. The design is almost identical, and factoring in how convenient owners found the older models, there’s few reasons for a drastic overhaul. At 275g, it’s a bit heavier than previous versions, but just as comfortable — even after hours of gaming.

The headset has a clean look, way more polished than most gaming sets. It’s built from aluminum and steel, and also uses leatherette and other synthetic fabrics for the headband and ear cup paddings. It also has RGB lights on each ear cup, shining through netted-patterned metal frame (I can’t tell aluminum apart from steel, so it could be either).

I’m not big on RGB lights, but Razer makes them work — and they’ve become a crucial part of the brand’s visual identity.

The Kraken Ultimate sports one of these cool-looking retractable microphones, but its standout feature is active noise canceling (not the ANC you’re thinking of), which should ensure smoother team communications while gaming. From the short time I spent with it, it seems the microphone simply blocks the sound of you breathing (as well as other background noise) — and it does that pretty well.

What’s nifty is that you can switch the mic on or off by clicking on it. It’ll emit a red light when it’s off.

I’ve got the ears of a brute, but the Kraken Ultimate sounds pretty good to me. The cans are loud and bassy. The headset also features THX Spatial Audio technology, which Razer claims delivers better positional accuracy than 7.1 surround sound. I can’t vouch for that, but the surround sound works sufficiently enough not to worry about it.

I’m currently testing the Astro A50, which could be a little quiet at times, forcing me to bump the volume all the way up. With the Kraken Ultimate, you never have to worry about that. Honestly, I didn’t go over 60 percent in volume — anything else felt too much.

The sound quality won’t give your ears an orgasm, but it’s what you’d expect from a $129.99 piece of tech. It’s still relatively clear and crisp, and you’d be able to tell apart foot steps when enemies are inching closer to you, but I personally find the acoustic experience with the Astro A50 much more refined.

Still, the Kraken Ultimate costs less than half the price of Astro’s offering. It sounds better than it should, though. So it does provide great value for its price. One thing it even does better than the A50 is sound isolation. It’s no noise-canceling headset, but it does significantly better in that department than the A50.

I should say that setting up the Kraken Ultimate is incredibly easy. Plug the USB cable in (yeah, the set uses a USB cord), and the headset will automatically install itself, and put in all the necessary setting. You’ll only need to restart your PC at the end of the process, and you’re good to go.

Of course, to tweak the RGB lights and other audio details, you’ll need to install Razer Synapse. I’m not a fan of Synapse, but you’ll need it this time — at least so you can hear the difference between stereo and spatial audio. It’s really worth it. Unfortunately, Synapse’s latest version (3) works exclusively on Windows 10 (64 bit), so some of you might be out of luck.

I wouldn’t go as far as calling the build quality ultra-premium, but it certainly doesn’t feel cheap. It definitely places way closer to the former than the latter, though. What do you mean? Well, the lining around the earpads is faux instead of genuine leather (this isn’t about activism, it’s about comfort), the retractable microphone is wrapped around a rubberish-feeling plastic, and there’s no articulating mechanism for the ear cups (they do twist up and down a tiny bit for a better fit).

At the same time, the steel (it could be aluminum, like I said, I’m bad with metals) around the ear cups feels sturdy. So does the mechanism for the adjustable headband, which makes a solid ratcheting noise when you move it, and stays firmly in place when you stop. There’s also that cooling gel-infused cushioning.

Little details like that aside, the headset is ridiculously comfortable, which, in the end, is all that matters to me. All I can say is that this cooling gel makes a difference.

The surround sound button placement could’ve been better. I ended up accidentally pressing it a few times, when I reached to take the headset off. I could’ve also done with a slightly longer cord — the Kraken Ultimate comes with a 1.3m-long cable — too.

Personally though, the thing I missed the most — coming from a feature-rich headset like the Astro A50 — was the ability to control the voice and game audio levels directly from the headset. That would’ve made the Kraken Ultimate nearly perfect for its price. There’s a wheel to tweak the overall volume, but you’ll need to dig into the settings for anything more advanced.

So should I get one?

Look, the truth is you’ll totally find better-sounding headsets out there — the Astro A50 is one of them. The problem is it’s tough to justify dropping $300 on one. This is where the Kraken Ultimate comes in.

Then again, while sound is the most important part of the equation, it’s definitely not the only thing that matters. The A50 still has some software issues to work out (I talk more about that in my forthcoming review, which I’ll link here once it’s out). Razer has nailed that aspect.

At $129.99, it’s certainly not the cheapest gaming headset alternative, but it’s a strong competitor. It offers solid sound quality in a lightweight form factor, and you could go hours without feeling any strain on your head. It also gets the microphone right, if that’s important to you.

It’s easy to use, pleasant to look at, and even more comfortable to wear.