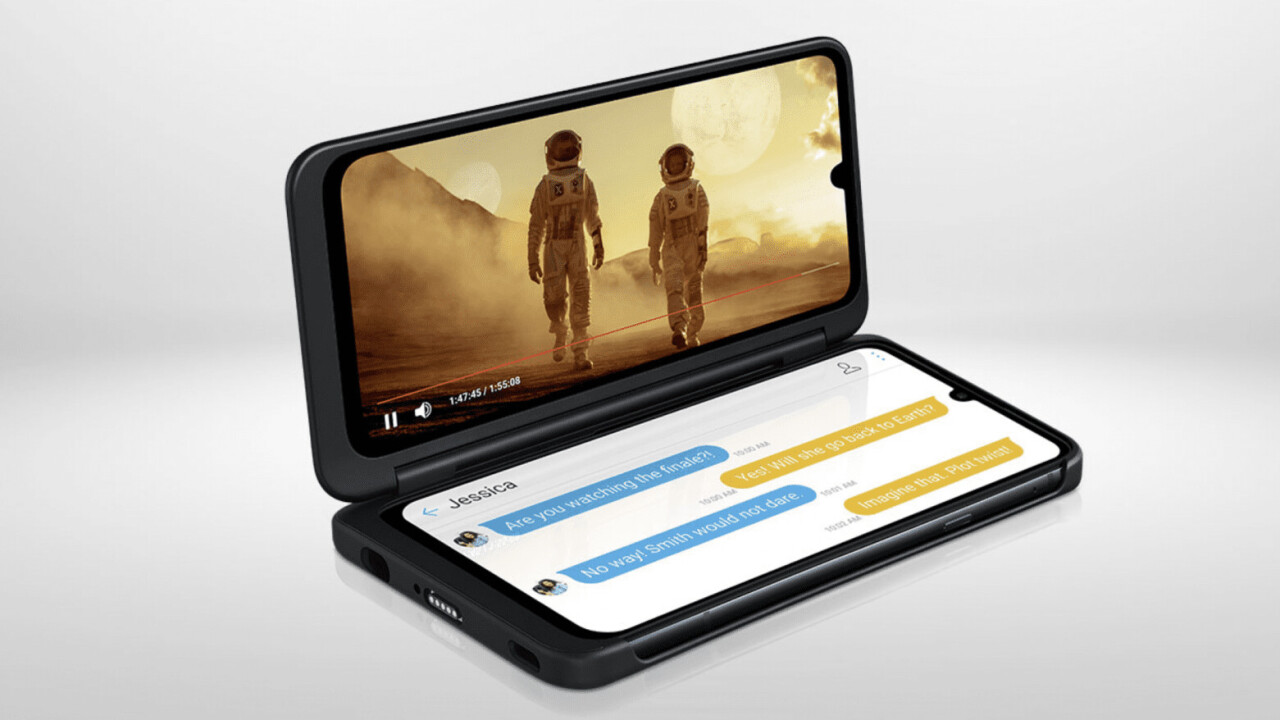 While Samsung is busy making folding phones that scratch with a fingernail and Microsoft prepares a dual-screen phone that won’t arrive for another year, LG‘s G8X takes a far more pragmatic approach to the latest smartphone trend: just add a second screen to a normal phone via a case.

While it may not be as fancy as the competition, it means the G8X can be had for way cheaper than other folding devices. At just $700 for the phone plus screen case bundle(for a limited time), that’s over a thousand bucks cheaper than the $1,980 Galaxy Fold, let alone the circa $2,400 Huawei Mate X.

Okay, sure, this isn’t the same seamless experience you’d get on the phones with bendy displays, but it’s not like that is necessarily a huge loss either. While being able to view images and photos in one big panel is nice, for many, the folding form factor is all about getting more work done on a mobile device.

That’s precisely why the Surface Neo and Duo feature two separate screens rather than one (well, that and durability). Having a second display makes multitasking much easier, and as a bonus, you can turn off the panel if you’re not using it.

It doesn’t seem like LG is skimping much on specs to achieve the low price either. The device packs a Snapdragon 855, a 128GB SSD, 6GB of RAM, and a 4,000 mAh battery. That’s better specs than the Pixel 4 – and that one doesn’t include an entire second display.

Better yet, you can get it for cheaper via a carrier. In the US, you can buy the phone for about $300 upfront and monthly installments; it’ll be available from AT&T November 1 and from Sprint November 8 The G8X may not be as futuristic as the alternatives, but it can provide many of the same benefits while being a lot easier on the wallet.