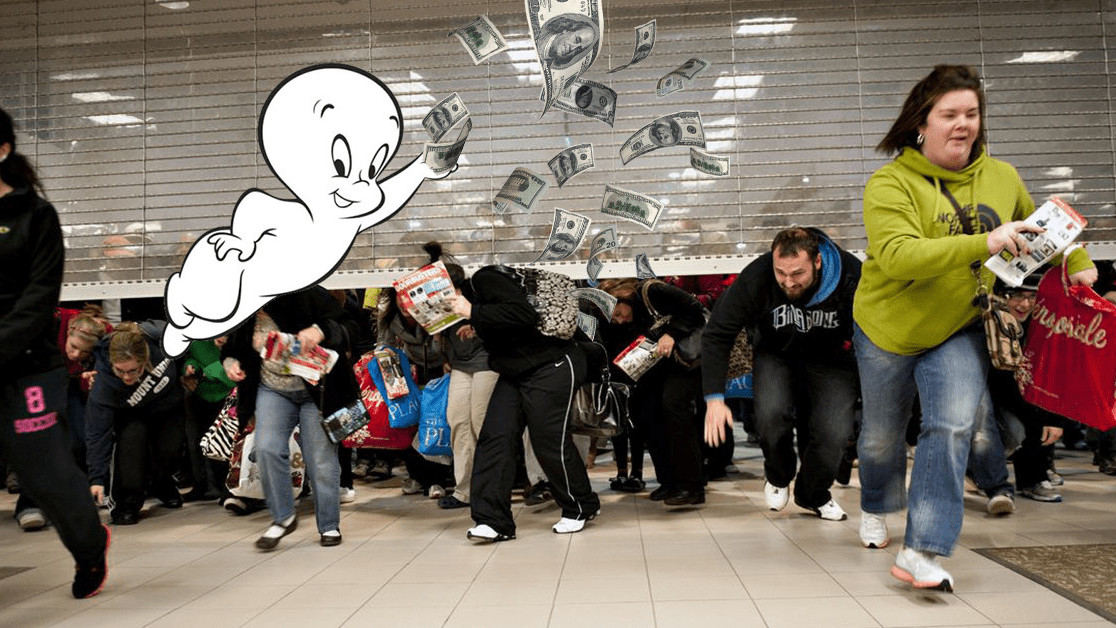 We’re coming closest to the scariest time of the year… no, not a Donald Trump speech at G8, HALLOWEEN!

So, in this Halloween gift guide, we’re going to give you a selection of SPOOKY things you can buy to make your holiday that bit more terrifying(-ly consumerist).

Don’t think Hocus Pocus is scary? Think it’s actually a light comedy perfect for the whole family? Well, how about you tell that to eight year old me?

Because he was fucking terrified.

Let’s say you want to make your bathtub look like a portal to another dimension. How would you go about doing that? Easy: drop this bath bomb in and watch a colorful explosion engulf the water.

Also, it has CBD in it, which might help relax you with all these TERRIFYING CONSUMERIST SCARES going around.

Don’t get the connection between a bath bomb and Halloween (IT LOOKS LIKE A VORTEX, COME ON)? And would you rather ingest your CBD? Well, you can get some Halloween CBD gummies here too.

But the bath bomb’s legit.

Pretend where your skin is, there are bones instead (AKA skeleton socks)

Yeah, AR is cool and everything, but we’re a few years away from being able to transmit the illusion of you being a skeleton to everyone wearing smart glasses. This is why we need to do it the old fashioned way: with socks.

Slap a pair of these on at whatever party you’re at, do a jangly calcium boy dance, then run off into the distance (because these are also cushioned). Spectacularly spooky.

You’ve got a Halloween planned? Want it to pop? Easy — project some terrifying horror movies (like… Hocus Pocus) onto the walls of your house. And the easiest way to do that is with the Vankyo Leisure 420 (lol).

We’ve been a fan of Vankyo projectors here at TNW for a while, and when this is so cheap, you have no excuse not to get sp0oOoky.

Truly, spooky genius. Thanks to these walkie talkies.

Maybe, just maybe, you think the walkie talkie trick is too old school. Don’t concern yourself, we have something more futuristic: a security camera with night vision and a two-way communication ability.

Basically, if you wanna be really creepy, install this at your house, wait ’til someone comes, then SCAAAAAAAARE the SOOOOOOOOOOUL out of that sucker.

Candles are the spookiest light source. So here’s a big fucking box of them.

Look, Halloween isn’t all about being physically spooked — it can be about getting scared mentally too.

So here’s the OG monster story, a Halloween classic, and a banging book: Mary Shelley’s Frankenstein. Screw everyone else, spend some time alone. Spookily.

Who knows, maybe 19th century gothic literature isn’t your idea of a good scare. Well, Stephen King’s ‘Salem’s Lot might work for you instead. It’s about vampires in — yes, you guessed it — Maine.

Well, hopefully a few of those ideas have stoked your need for a spooky, consumerist Halloween. PRAISE BE CAPITALISM.

This post includes affiliate links to products that you can buy online. If you purchase them through our links, we get a small cut of the revenue. One item on this list was sponsored, but we selected the specific product to include.