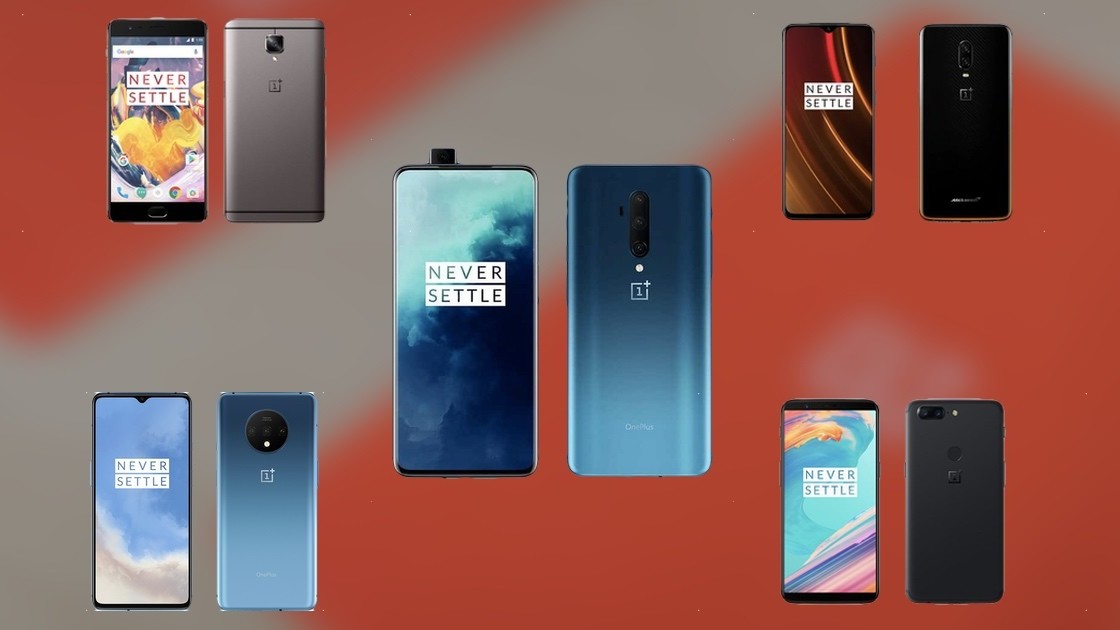 OnePlus released its 7T Pro last week, and many people were confused as to why a product with such minimal updates exist. This was the fourth consecutive year of the company releasing the T series of products.

In this post, we’ll take a look at every T version in comparison with its non-T counterpart launched earlier that year. Please note I’ve not counted for software updates as OnePlus has a record of making almost all software features available to the previous version.

In November 2016, OnePlus released a phone under the T series for the first time. The idea was to release two products per year, so the company can catch up with its rivals in the second half of the year.

The 3T, released five months after the release of the OnePlus 3 brought some significant upgrades with it:

For this iteration, OnePlus shifted its signature front-facing fingerprint sensor to the rear, increasing the screen size effectively. Here are all changes:

With a 90Hz screen and an additional camera on the rear, I felt this was one of the most significant updates of the ‘T’ series (not the YouTube channel):

Hahahaha! This one’s too easy. After a super hit upgrade with the OnePlus 7T, the company produced a dud with this one. The OnePlus 7T pro got a minor processor bump with Qualcomm Snapdragon 855+ instead of Snapdragon 855. Plus, it had a tiny battery increase of just 85mAh. How generous!

OnePlus engineers made some cosmetic changes to the newer model, and then called it a day.

Last year, the company partnered with prestigious car company McLaren for a special edition phone. The company themed the OnePlus 6T around signature black and papaya McLaren colors. The $699 device had 10GB of RAM, and 30W fast charging.

This year, for the OnePlus 7T pro’s special edition, the phone maker formed a partnership with McLaren again. However, apart from the holographic design, the phone doesn’t offer any extra goodies.

A hit or miss series

OnePlus’ T series of updates have been hit or miss. Phones like the OnePlus 5T and the OnePlus 7T have offered genuine spec bumps with upgrades in screen and camera. However, the phone likes the OnePlus 6T and the OnePlus 7T pro has been rather disappointing. They felt like the company has pushed engineers to get a product out, because they have to release it rather than providing a visible upgrade.

After the T release, the company usually phases out sales of the phone released earlier in the year instead of lowering its price and giving consumers another option. For instance, it could’ve discounted the OnePlus 7 this year and gain customers looking for a phone around $400 mark.