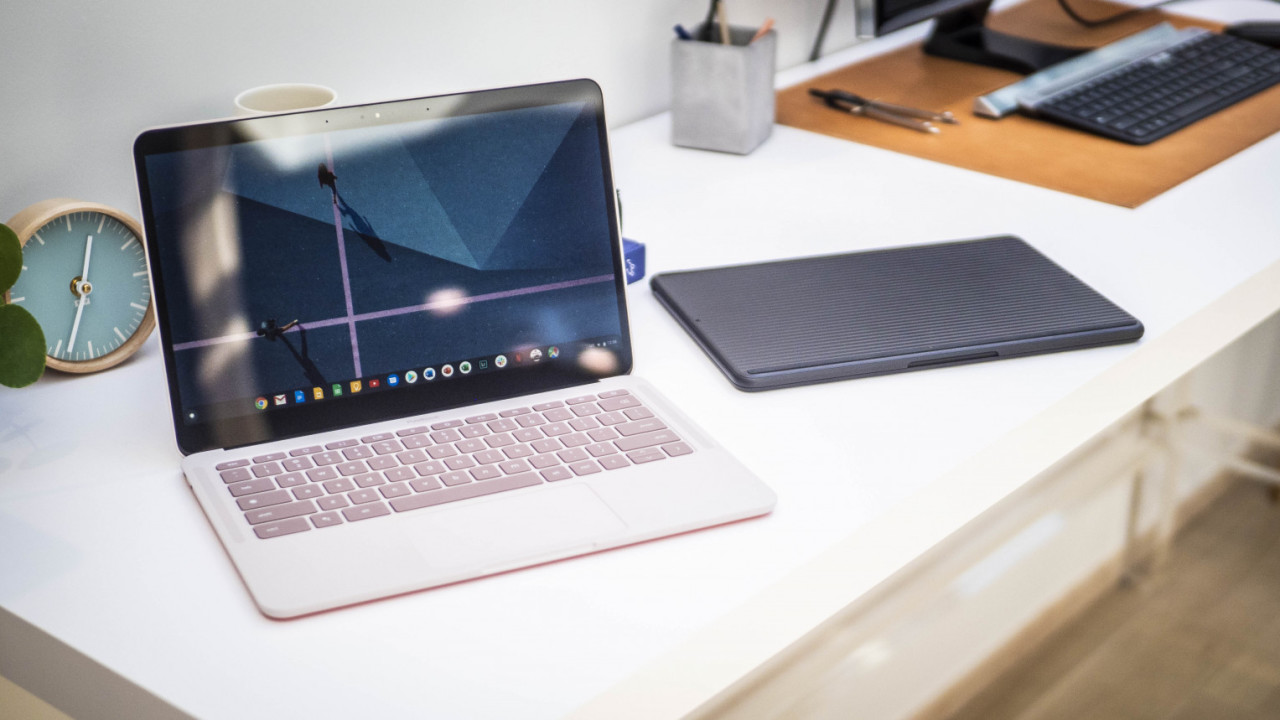 Leaks don’t always give you the full picture. When the Pixelbook Go leaked extensively last week, I found it somewhat underwhelming, and I mistakenly assumed Google had a more ‘premium’ Chromebook to announce as well. But much like I found with the Pixel 4, actually using the device in person swayed my opinion for the better.

The thing is, the Pixelbook Go feels remarkably like a high-end laptop for a device that starts at $649.

In particular, the Pixelbook’s magnesium build is significantly lighter (1kg/2.3lb) than the similarly sized MacBook Air and Surface Laptop 3 (both about 1.25kg/2.8lb), while feeling similarly ‘premium.’

There was no frame flex, the trackpad was large and responsive, and the keyboard felt excellent. It was both clicky and quiet, and even better than the one on the original Pixebook. I also appreciated the ribbed metal bottom, which makes it more grippy when carrying.

The light weight was also achieved while increasing the battery size relative to the original Pixelbook. Google is claiming 12 hours of battery life with the Go. That’s supposed to be real-world usage too, not the inflated video runtime figures you often see on other laptops.

The only details that really give away its lower price are the chunky bezels and 1080p display (a 4K panel is available only on the top $1,399 SKU). But that’s easy to forgive given the high-quality components elsewhere. The Pixelbook Go may not flip around, support a stylus, or do anything particularly fancy, but it has a great keyboard, is awfully light, and is priced right. If battery life holds up, that might just be enough.