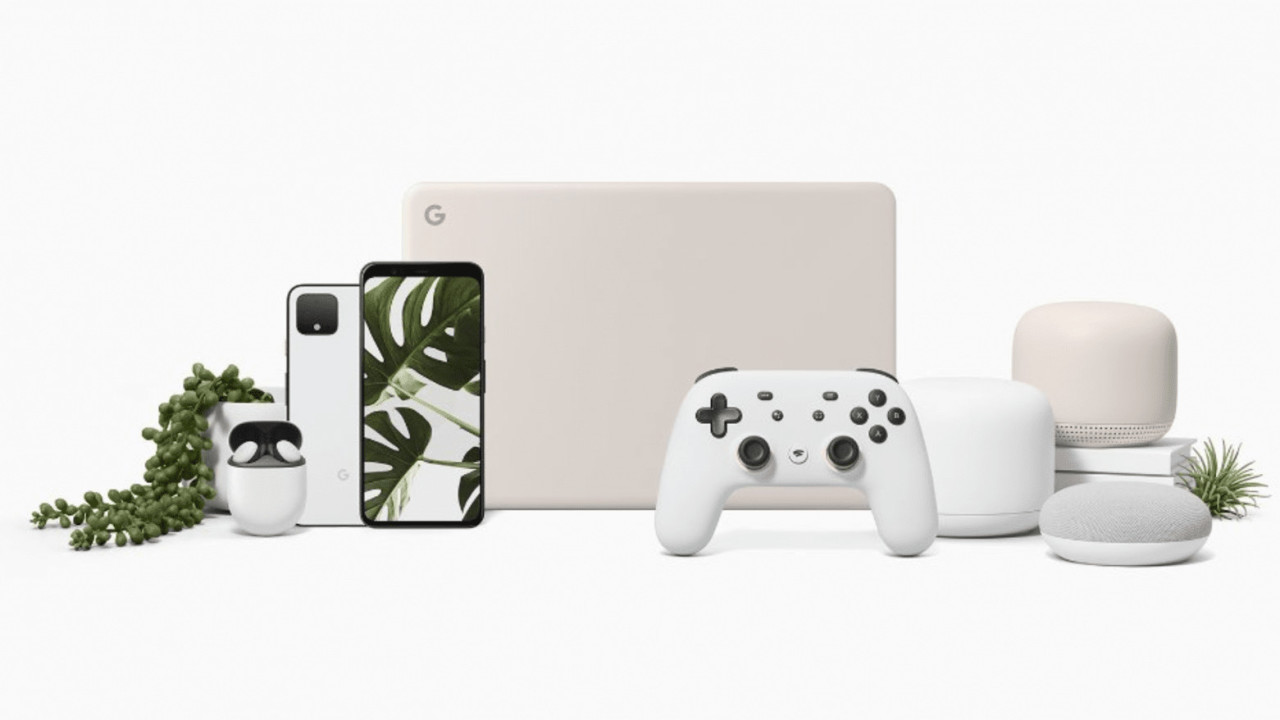 Google held its big Made by Google event today, officially revealing the Pixel 4 and a handful of other new products today. Since the company has been pretty bad (okay, awful) at keeping secrets, we already knew many of the devices and features announced, but the company still had a few surprises up its sleeve.

Here’s what you need to know about the new devices:

Okay, so this might be the most leaked phone in history, but let’s recap for you.

The phone has a few highlight features, but the most unique one is the first implementation of Project Soli, a radar sensor used for gesture controls from a distance. The device also packs a 90hz screen and adds a telephoto lens to the rear camera array. Aside from shooting subjects at a distance, this helps create more accurate depth maps for portrait mode.

On the software side of the camera, the Pixel 4 XL updates Night Sight for even better low light images, including an automatic astrophotography mode for super long exposures. Within the camera app you also have two exposure controls, allowing you to adjust overall brightness and shadow levels independently. It’s a clever idea that gives photographers much more flexibility for exposing images as they wish.

The phone packs the usual 2019 flagship-ish specs, including a Snapdragon 855, 6GB of RAM, and 64 or 128GB of storage. Curiously, Google didn’t bother using the slightly more powerful 855+ chip, but we doubt most users would notice a difference. The improved hardware allows for some neat new software tricks too, such as automatically transcribing audio with the new voice recorder app.

The device is available to pre-order now and will ship on October 22. You can read our announcement post here.

After the divisive original Pixel Buds, Google is back at it with a second generation. Though they feature the same prominent circular touch surface, they are actually ‘true wireless’ this time – no tether between the cords.

But they’re smarter too. Instead of using the open design of AirPods and the original Pixel Buds, Google has opted for a proper acoustic seal. This allows Google to use the microphones to offer proper active noise canceling. Google also says the buds will automatically adjust the volume depending on your surroundings.

The earbuds last 5 hours on a single charge, or 24 hours when combined with their charging case. They’ll retail for $179, but you’ll have to wait a while to get them: they won’t be available until the spring of 2020. For more, check out our coverage here.

Google has a new laptop, but the company is aiming for a bit more of an affordable price point this time. The Pixelbook Go features a 13.3-inch FHD screen and a magnesium-alloy design with a ridged rubber bottom. It weighs about 900 grams/2lb and can last 12 hours on a charge. And of course, it runs Chrome OS.

Processors range from an Intel 8th Gen Core m3 to a Core i7, storage goes from 64GB to 2456GB, and you can choose either 8GB or 16GB of RAM. Prices start at $649 and go all the way up to $1,399. The Pixelbook Go is available to pre-order today, and you can read more of our coverage here.

The successor to the Google Home Mini, the Nest Mini might appear unchanged externally, but it features a few notable upgrades. Google says it’s significantly improved the sound quality and speed of responses. The speaker will be able to automatically adjust the volume to overcome background noise, and it comes in a snazzy blue color. It will retail for the same $49, and it’s up to pre-order now.

The Nest Wi-Fi is basically google‘s take on a mesh Wi-Fi system, except the range-extending access points double as speakers. Basically a router system with a built-in Nest Mini. Neat.

Google today confirmed that Stadia, its newfangled game streaming service, will launch on November 19. Unfortunately, it doesn’t arrive for everyone quite yet; the November 19 date only applies to Chromecast Ultra users.

Got all that? Stay tuned for our hands-ons with the new devices.