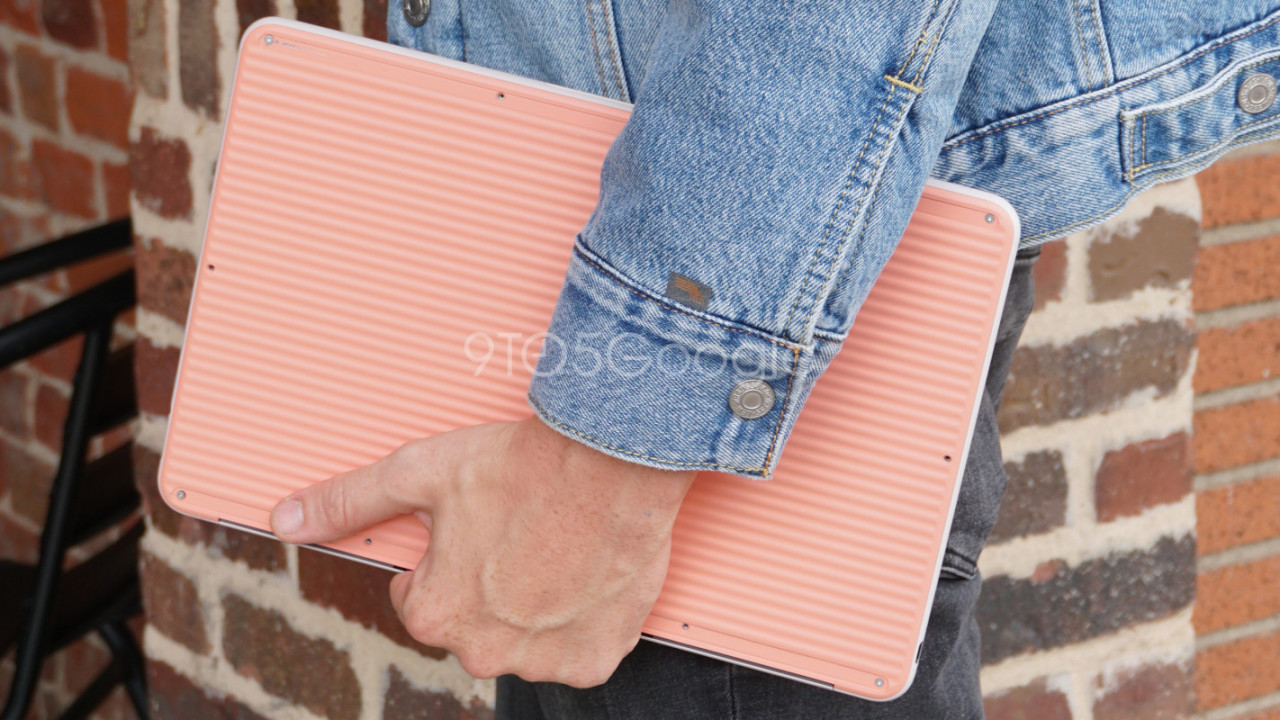 At this point, we’d given up on Google having any major secrets about the Pixel 4 left to reveal, but surely the company would be able to keep its other hardware under wraps until next week?

…What’s that, you say? Google’s new Chromebook just leaked? An entire hands-on article and video from a reputable source like 9to5Google? Sighs.

This isn’t the first we’ve heard about the Pixelbook Go, which 9to5Google extensively covered last month. But this is the first time we’ve gotten such a thorough look at the device. Keeping in mind that the leaked device is an alleged prototype with features subject to change – and that there’s always a tiny chance it’s an elaborate fake – here’s what we know so far.

The Chromebook features a unique new design with a ‘grippy’ ridged surface at the bottom of the device that apparently feels pretty nice to hold. The bottom in 9to5‘s prototype is kind of coral, but the rest of the laptop has a soft-touch finish akin to the Pixel 2, with a subtle ‘Not Pink’ coloration like the Pixel 3 (Black is the other option). The report does not clarify if the laptop is metal or plastic, but it appears to be metal from the images.

One the laptop up reveals a fairly standard MacBook-esque device, albeit a little more ‘bubbly’ with more rounded corners and keys, as well as some rather chunky bezels above and below the display. The keyboard appears to be quite good – on par with or better than the original Pixelbooks – while the trackpad isn’t as remarkable, but “not shabby at all.”

The device is expected to come in several configurations, but the model in the leak featured a 1080P touchscreen, 8GB of RAM, and an Intel Core M3 (generation not specified). The device is expected to be configurable up to a 4K display, an Intel Core i7, 16GB of RAM, 256GB of storage. There’s a headphone jack and two USB-C ports on board as well, but there’s no fingerprint reader or stylus compatibility.

And that’s about it. The device seems attractive, but unless Google has some secret software up its sleeve, it doesn’t appear too remarkable. Price will likely be what makes or breaks this device. I wouldn’t be surprised if this is a budget option and Google has a proper successor to the original Pixelbook lined up for next week.

I mean, surely there will be something left to reveal next week…. right? In the meantime, you can check out 9to5Google‘s full report and more images at the source link below.