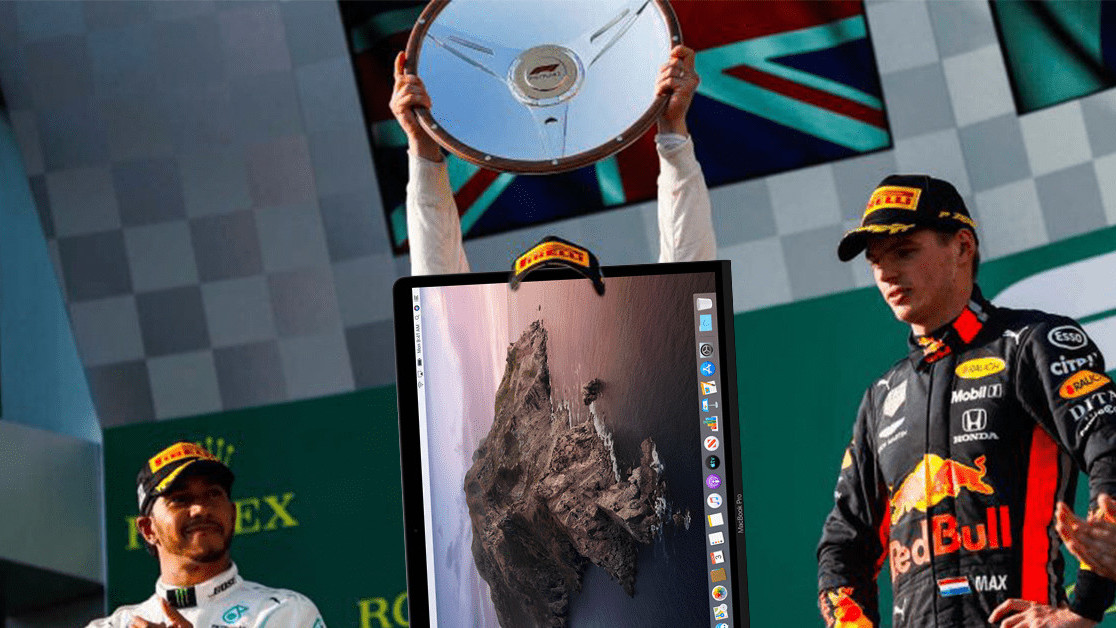 When we say something is ‘Apple,’ we all understand what that means, right? It might be hard to precisely define, but — and to paraphrase former United States Supreme Court Justice Potter Stewart — we know it when we see it.

Let’s give an example. A new monitor that costs like triple the amount of its competitors? That’s very ‘Apple.’ An experimental dual-screen phone that folds up like a clamshell (and probably will be an ass ache to use)? Not very ‘Apple’ at all.

Makes sense right? You can feel it.

Now, considering Apple has just released macOS Catalina — its latest operating system — we all know there’s only one thing to do: rank its biggest features by how ‘Apple‘ they are. Strap yourselves in, this is gonna get messy

As ‘Apple’ as a black turtleneck tucked into some blue jeans: Mac Catalyst

Basically, Mac Catalyst allows iPad apps to be easily ported to your Apple computer. Not a bad idea, right? But it’s so totally fucking ‘Apple‘ I think it’s going to cover me in glass and add “Pro” to my name.

First off, it’s pretty cool. Secondly, it’s not a particularly new idea, as you’ve been able to do this with Android apps and Chromebooks for a while. In other words, that’s ‘Apple‘ on both counts.

But, there’s another reason why this is the most ‘Apple‘ update of macOS Catalina. I truly believe Apple wants to create The One Operating System To Rule Them All, and merge all of its software into a single entity. And this is a great start to that.

Just wait and tell me I’m wrong. Trust me, if Mr. Tim Apple has anything to say about it, all our computers will be iPads in 2030. You heard it here first.

This feature has been on Windows in some form for an absolute age. But macOS users? Well, they’ve had to use apps like Magnet to do the job. But now they can easily resize windows on macOS Catalina without the need for a third party app.

This, friends, is really fucking ‘Apple.’

Think of it this way: Apple leaves a basic feature out of its operating system for years. This leads to a small company creating a thriving business around fixing that flaw. All is rosy. Until Apple introduces the long overdue feature, effectively crushing the plucky upstart that made its machines actually usable over the last few years.

We may as well call the new feature iWindow iResizing.

Slightly less ‘Apple,’ but still pretty ‘Apple’ when you think about it: Sidecar

Basically, Sidecar turns your iPad into a second display by either extending or mirroring your computer’s desktop. This was a tough one to place, but, after long and careful consideration, I’ve decided it’s pretty, but not totally, ‘Apple.’

The feature should’ve been possible with the iPad since… forever. I mean, a tablet is basically just souped-up screen anyway, right? So far, so ‘Apple.’

Of course, this feature is only useful if you have both an iPad and a macOS computer — making it even more ‘Apple.’ But, it loses a few points because I haven’t seen any other hardware makers offer the same feature (although there are lots of third party apps that do it), meaning this is actually pretty new, so not that ‘Apple.’

Neither very or not very ‘Apple’: New accessibility features

Remember, this list isn’t about what’s good or bad, it’s all about how ‘Apple‘ something is. If we were using the previous metric then the new accessibility features would be high up the list.

But I believe it’s dead in the center of ‘Apple-ness.’ It doesn’t come in a metal unibody, which means it’s not very ‘Apple.’ But it’s also well designed and thought-out, so very ‘Apple‘ — meaning it’s bang in the middle.

Not that ‘Apple’ if I’m being honest: Screen Time

Ugh, not only is Screen Time BORING (I mean, who really cares how long they spend on their computer? Yeah, I know it’s not healthy, but I both work and relax on my computer — and it’s not like I have much else to do — so stop trying to shame me for my terrible life choices; I’m aware of how pathetic I am already thank you very much), which means it’s not that ‘Apple.’

Normally the company makes interesting products, or, at the very least, things that are enjoyable to make fun of. Which is basically the same. This is just bleak.

Not very ‘Apple’ at all: Death of iTunes

Ugh, I’m so sad about the demise of iTunes on macOS Catalina. I loved that damn software.

On one hand, you could look at the release of separate apps as a very ‘Apple‘ move (THERE’S AN APP FOR EVERYTHING LOL), but because this is my list, I make the decisions. It’s not very ‘Apple.’

Unlike Google, Apple doesn’t kill off that much stuff. Evidence? Hell, the company is still selling a version of the iPod, even though the whole line has been effectively discontinued.

So, to see them put down something as iconic and well known as iTunes doesn’t seem that ‘Apple‘ at all. Does the move make sense? Yeah, I can totally see why the company murdered iTunes. But decisions based on logic don’t seem very ‘Apple‘ at all.

So far away from ‘Apple,’ you can’t even call it fruit: Apple Arcade

Honestly, Apple Arcade is the least ‘Apple‘ thing I’ve seen the company create in years. As much as I love tech giant (ugh, I’m the  worst), I’d rarely describe them as good value — which is exactly what Apple Arcade is.

While they make great products, the very definition of ‘Apple‘ is removing a headphone jack from a mobile phone, and then selling you a dongle so you can plug your headphones into that mobile phone.

Apple Arcade is not like that. For $5 a month you get access to an ever-growing library of games (there are currently over 100) across all your Apple devices. And these aren’t shitty, third-party remakes of Bejeweled — many of these titles are developed specifically for Apple Arcade.

That, friends, is good value.

Both reviews and people I’ve spoken to about Apple Arcade have been glowing. Which, and let’s be honest here, isn’t a normal response to most Apple products. What could be less ‘Apple‘ than that?

So, there you have it, a definitive ranking of the most to least ‘Apple‘ feature of macOS Catalina. You’re welcome.