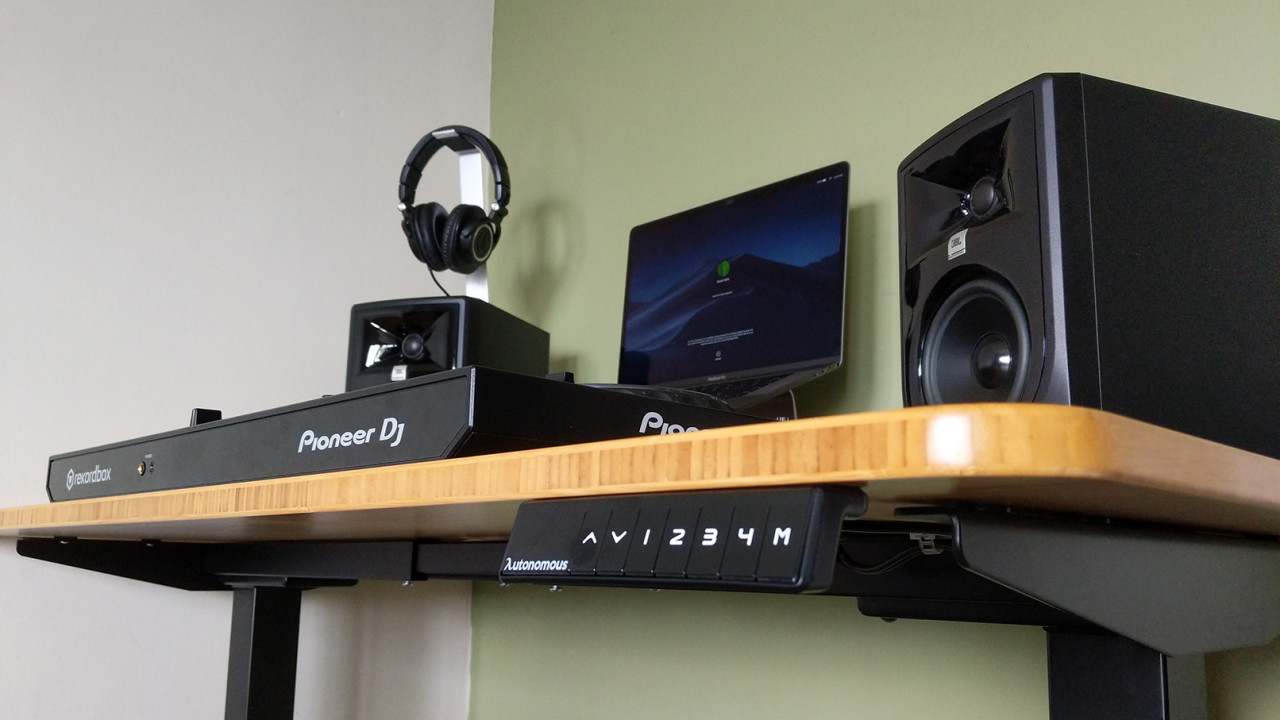 I’ve been using a sit/stand desk since 2017. I was never really keen on the idea for standing during an entire working day, but sit/stand desks — the autonomous creatures that raise and lower depending on your needs — were bulky, expensive, and just outside of my ability to justify spending the extra money. What if I didn’t like it?

Autonomous made it easy for me by offering up one of their sit/stand tests for me to put through the ringer, in my own home. I tried it out for 30 days and never looked back.

I understood the appeal. Standing is beneficial to your overall health, a way to shed a few extra calories while putting an end to some of the gloom-and-doom headlines you may have read about sitting being more dangerous than smoking. But standing desks really aren’t that special, either. On average, they burn just eight additional calories per hour, as opposed to sitting — it’s not exactly the key to dropping pounds, or anything.

And then there’s not a lot known about the long term benefits when weighed against drawbacks like additional joint pain you’ll face as opposed to sitting — often from standing in place too long… I have a tendency to hyper-focus on work and forget to move, sometimes.

Still, if I had to guess based on what little science we have to support it, I’d argue that standing is the way to go. That is, so long as you take sufficient breaks to do things like stretch, or walk, or even sit when your joints start to feel tired.

There was certainly an adjustment period, but the Autonomous sit/stand offering changed the way I work. So needless to say I was super excited to try out another goodie bag — metaphorically speaking — of Autonomous products, including the second generation Smartdesk, as well as its ErgoChair 2 and the brand new Kinn Chair, a similar offering to the Herman Miller chair that costs over $1,000 more. (Reviews on both are coming in the next month.)

I’m a bit nerdy about ergonomics, okay? Sue me.

The SmartDesk 2 hybrid is the newest sit/stand offering from Autonomous. It’s got a steel base capable of hoisting up to 300 pounds with the touch of a button. Better still, it does so quietly — it’s about the same volume as floor fan on low.

It’s super sturdy, and quite heavy, which I like. There’s minimal wobbling side-to-side, although it does move a bit more than the first generation model, in my experience. That’s not to say it’s flimsy; I can raise and lower it without spilling so much as a drop from a glass of water on the desktop.

Adjusting the desk is accomplished by pressing either the up or down buttons to do so manually, or one of the four presets on the front panel. Pressing and holding the up and down keys at the same time locks the height in, allowing for multiple settings to accompany your office chair, a stool, and even your preferred standing height. Or, if you share a desk, you can lock in multiple heights for those that use it.

The top and base are both customizable to your liking. I opted for the black version, with a glossy bamboo top. The classic top is about 4.5 feet wide, and 29 inches deep. The XL version is just under 6 feet and 30 inches deep. Both versions are about an inch thick and feel super sturdy.

And look, these certainly aren’t desks that will stop and make you go wow — they’re quite plain, actually — but they do the job well, are highly customizable, and they work great in a standard office environment, or your home office. If a minimalist look is your thing, you really can’t go wrong with the aesthetics on offer.

That said, I do wish that the generation two offering had some additional bells and whistles. I’m glad to see the company seemingly dropped the “AI” assistant, Taylor, which I never actually used. But a few additional features or maybe some new customization options would be worth updating for.

As it stands, the SmartDesk 2 doesn’t seem to be much of an upgrade from the first one, meaning I’d still recommend buying it, but only if you’re looking for a sit/stand desk. If you have one already, especially the original SmartDesk, I don’t know if I could recommend an upgrade at this time.

But if you’re looking for a super sturdy, solid, all-around sit/stand option, you could do far worse. And at $349, it’s a bit of a steal when compared to similar models.

Bottom line: Buy it if you don’t already have the original. If you already own the original, or a comparable sit/stand desk, there’s really no reason to upgrade.