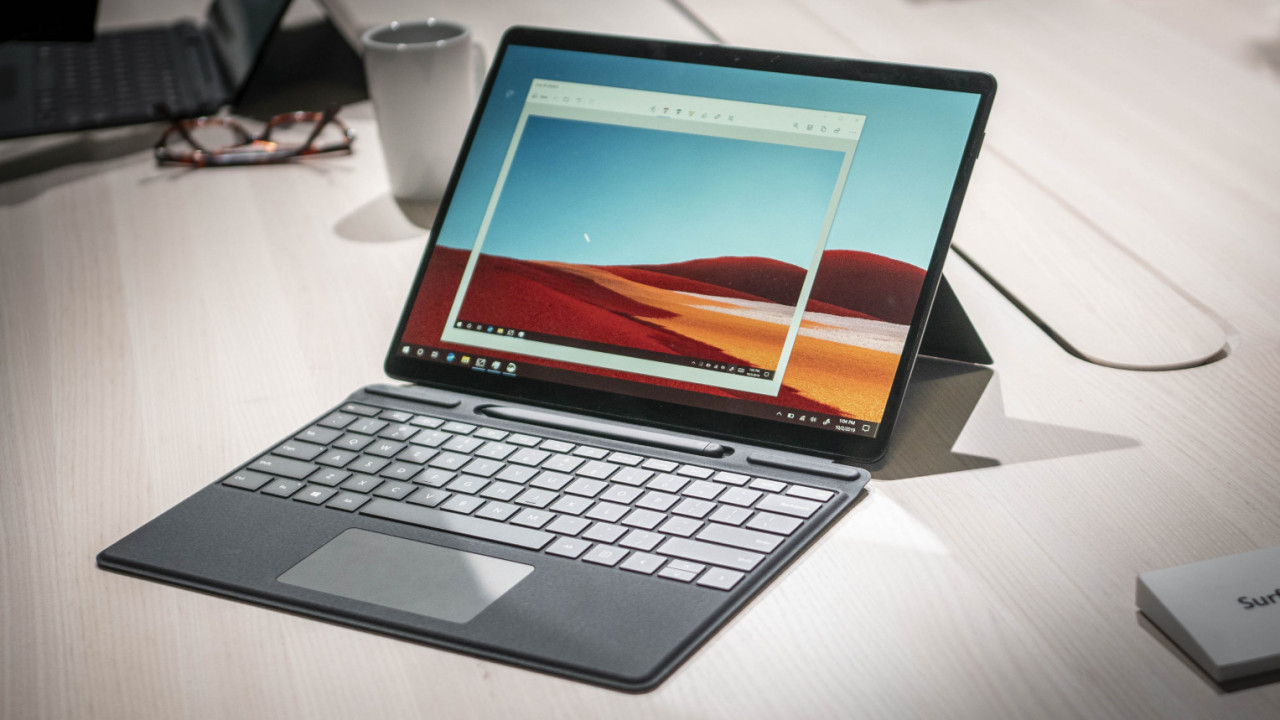 Microsoft went all out during its hardware event today, revealing a myriad of new devices, including the mythical Surface phone and dual-screen device. But the company didn’t forget about the device that started it all: the Surface Pro.

Externally, the device keeps the same basic design that’s been around since 2015’s Surface Pro 4, save for finally adding USB-C (by swapping it for the Mini DisplayPort jack). Unfortunately, it’s not Thunderbolt-compatible, but beggars can’t be choosers. The processor, meanwhile, has been upgraded to Intel’s 10th gen 10nm chips. While they’re hardly unique for the industry, they will provide a major performance boost in both processing and gaming over the Surface Pro 6, let alone previous generations.

Rounding out the other upgrades are improved far-field microphones, fast charging capability, and new Type Covers, which are functionally identical to the previous generation, but come in two new colors.

The Surface Pro X, on the other hand, is one stylish piece of new hardware – one that truly drives the Surface line forward.

As Microsoft’s first device powered by an ARM chip, you might be tempted to think of it as a low-power piece of kit, but remember that ‘Pro’ is in the name. With a custom chip SQ1 chip designed by Microsoft and Qualcomm, the company sees it as a parallel product to the Surface Pro 7, albeit perhaps one more for early adopters than for people who just want the proven reliability and compatibility of Intel hardware.

The Pro X is incredibly slim – only 7.3mm thick. The side bezels (when placed horizontally), are super-slim, while the ones running along the long sides are also smaller, but wide enough to keep the tablet comfortable to use in portrait orientation. It’s a much more efficient use of space – very close in size and weight to the 13-inch iPad Pro.

But the best thing about the new design is that Microsoft finally figured out an elegant solution for the Surface Pen: just tuck it into a nook at the top of the keyboard.

Granted, Microsoft had to design a new Slim Pen (that’s the official name) to make it work, but I quite like the soft-touch, flat stylus. In a clever bit of design, the little pen indent is generally hidden too, as it’s built into the portion of the keyboard that folds against the screen to provide a comfortable typing angle.

There have been no concessions to the keyboard, by the way. It feels virtually identical to the keyboard on the Pro 7, with a nice big trackpad and a good amount of travel. It’s still a better keyboard than most actual laptops.

Basically, it still feels like a real computer. There are two USB-C ports, allowing you to connect multiple accessories and enabling easy expansion. It also still uses the Surface Connect port for compatibility with existing Surface docks. The one caveat: No headphone jack on the Pro X. Sighs.

So which one is right for you? Of course, I can’t properly test things like performance and battery life during a brief hands-on, but right now, the Surface Pro X is definitely the more appealing device. A sleeker design, longer battery life, secure pen storage, and always-on connectivity make a serious compelling package.

The main concern would be ensuring all your apps and peripherals work on an ARM device, but it seems the average user should be able to get by just fine. There’s also the price difference – the Pro 7 starts at $749, and the Pro X at $999 – but it’s hard to really compare them without knowing how the devices perform in the real world. We hope to get our hands on review units in the coming weeks, so stay tuned for more.