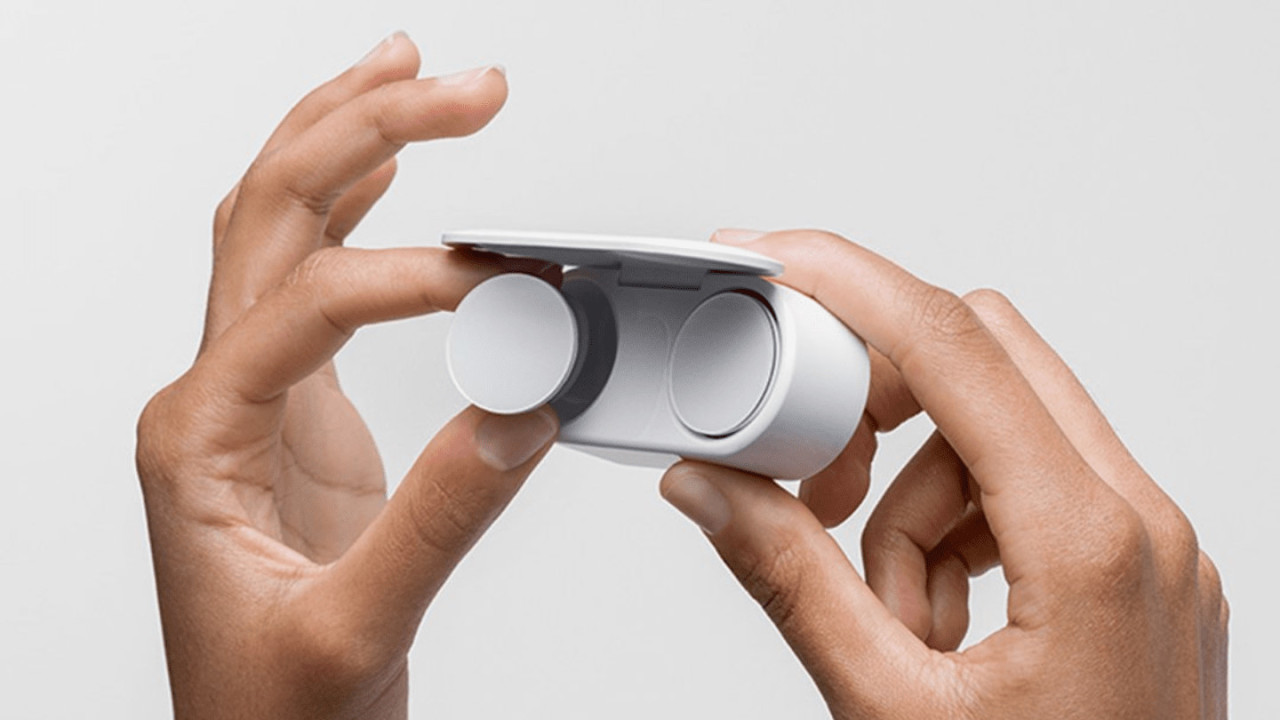 At its New York Surface event today, Microsoft announced the Surface Earbuds. It’s a device that for once wasn’t leaked weeks ahead, although we probably shouldn’t be surprised given everyone and their mothers are releasing true wireless earbuds. Featuring tight voice integration, Microsoft‘s aim is to make earbuds “more productive.”

The device looks like a mishmash of the Apple’s AirPods and Google’s Pixel Buds, except with a huge touch surface that allows you to access all the controls you need with gestures and taps. It looks rather unweildly, but Microsoft promises it’s comfortable by being balanced at two contact points with your ear. I think they look pretty stylish, but your mileage may vary.

Moreover, it comes with tight Office integration. You will be able to perform dictation in Office, and even do real-time translations. All this, and the device features 24 hour-battery life when combined with it’s charging case.

The Surface Earbuds will retail for $249 and be available “later this year”.

Check out all of the news from today’s Microsoft Surface event here.