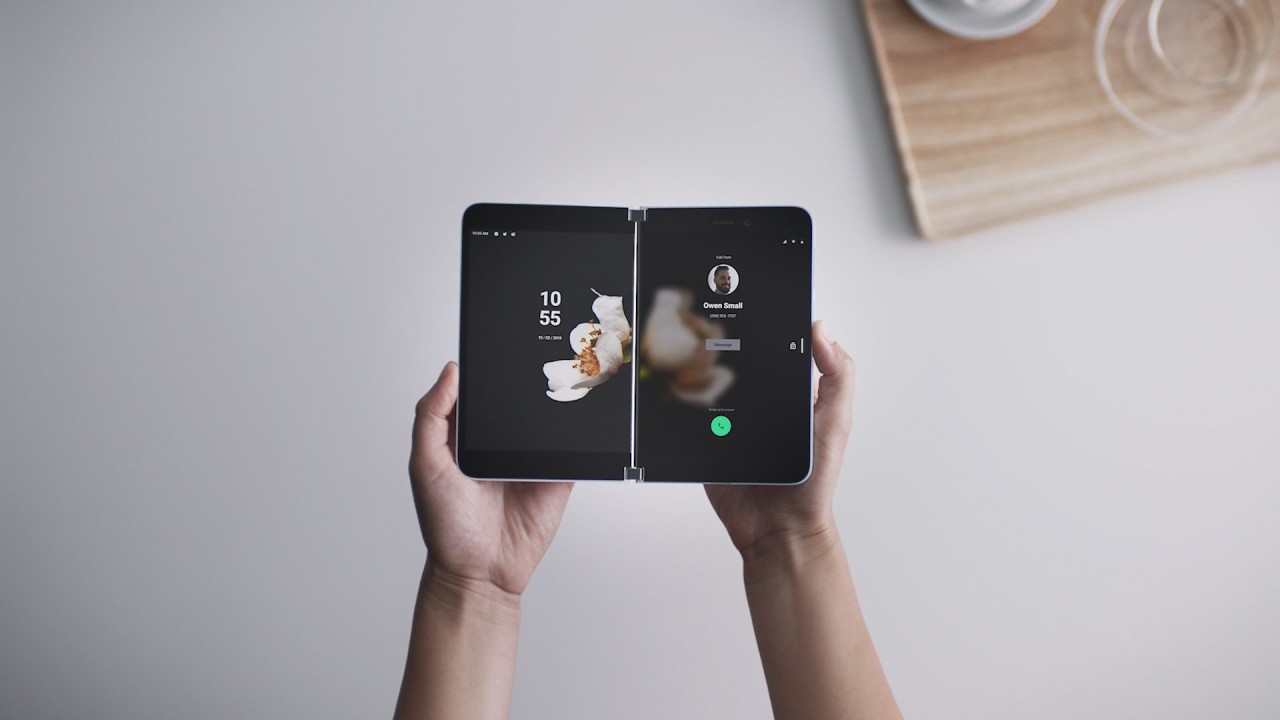 Today we shared where Surface and Microsoft are…and where we're going. I hope you liked the products. We can't wait to see what you do with them #MicrosoftEvent #SurfacePro7 #SurfaceLaptop3 #SurfaceEarbuds #SurfaceNeo #SurfaceDuo pic.twitter.com/UIoW8SDPNN

As per a report from Wired, The device has two 5.6-inch screens powered by Qualcomm Snapdragon 855 processor. It runs a modified version of Android 9 Pie suited for two screens.

The Surface Duo will officially launch next year during the holiday season. But the company wants to give developers a taste of developing for dual-screen devices early in the game.