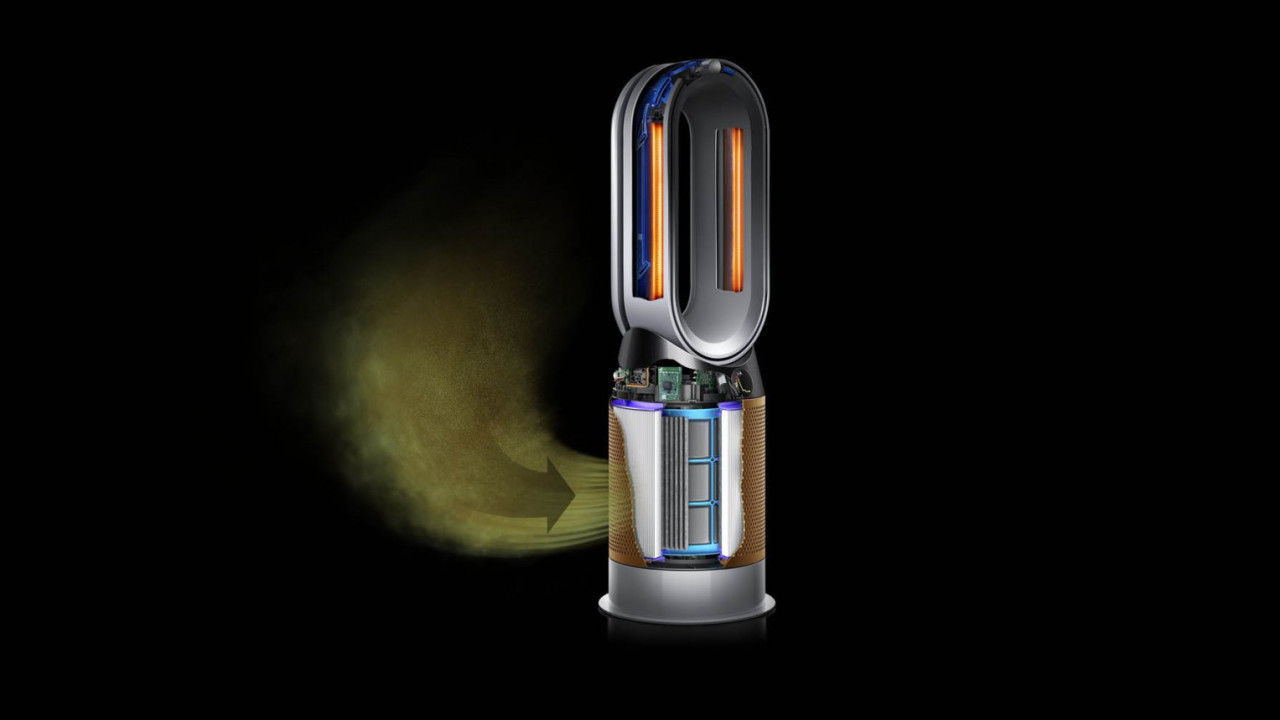 Dyson, maker of very pretty, very effective, and very expensive gadgets that blow air around, today announced its latest air purifying fan, the Pure Cryptomic. Though you might be compelled to think the fan mines bitcoin while providing you with a nice cool breeze, you’d thankfully be mistaken. Instead, the new $650+ fan’s claim to fame is the ability to not just capture allergens and pollutants, but also destroy formaldehyde in your home.

If you’re not familiar with formaldehyde, it is a widespread, toxic compound and known carcinogen. It’s used in all sorts of products and materials, including furniture, matresses, paint, and more. It’s sometimes used in food, and your body even produces it. Thankfully, it also tends to dissipate and break down quite down quite quickly, but in large amounts it can cause serious health problems. According to the American Cancer Society:

Exposure to formaldehyde has been shown to cause cancer in laboratory test animals. Exposure to relatively high amounts of formaldehyde in medical and occupational settings has been linked to some types of cancer in humans, but the effect of exposure to small amounts is less clear.

On a less serious level, it can also cause allergies and irritation.

The Pure Cool Cryptomic is able to capture formaldehyde and convert it into small amounts of water and carbon dioxide. This is in addition to the purifying abilities of the previous generation, with a HEPA filter able to capture “99.97 percent” of allergens and pollutants as small as 0.3 microns.

The fan comes in two variants, each available in a white and bronze or black and bronze color. The Pure Cool Cryptomic is a tower fan, while the Pure Hot+Cool is a smaller fan that also serves as a space heater. Both models use Dyson‘s Air multiplier technology to direct a focused stream and improve circulation throughout your home, and can oscillate 350 degrees. If you want to purify the air without getting windchill, you can also use a diffused airflow mode. And because it’s 2019 and all, you can also monitor the fan’s performance via an LCD on its base or by using the Dyson Link app.

It’s worth noting there are other ways of reducing formaldehyde in your home. The US Agency for Toxic Substances and Disease Registry suggests opening windows, using exhaust fans, and keeping your home temperature at a cool level. It also helps to simply purchase products with reduced formaldehyde in the first place, which you can read more about at the link above.

That said, everyone’s home is different, so if you’re concerned about formaldehyde content and want some fresh air, the Pure Cryptomic could be worth considering. The Pure Hot+Cool might be particularly appealing for climates where winter is a thing, considering you probably aren’t going to want to open your windows for fresh air in the middle of a blizzard.

All that purified air will cost you, at $650 for thePure Cool Cryptomic and $750 for the Pure Hot+Cool. But as I found when testing the original Pure Cool last year in the hopes of relieving my dog’s allergies, a good purifier could make a meaningful improvement to your quality of life.