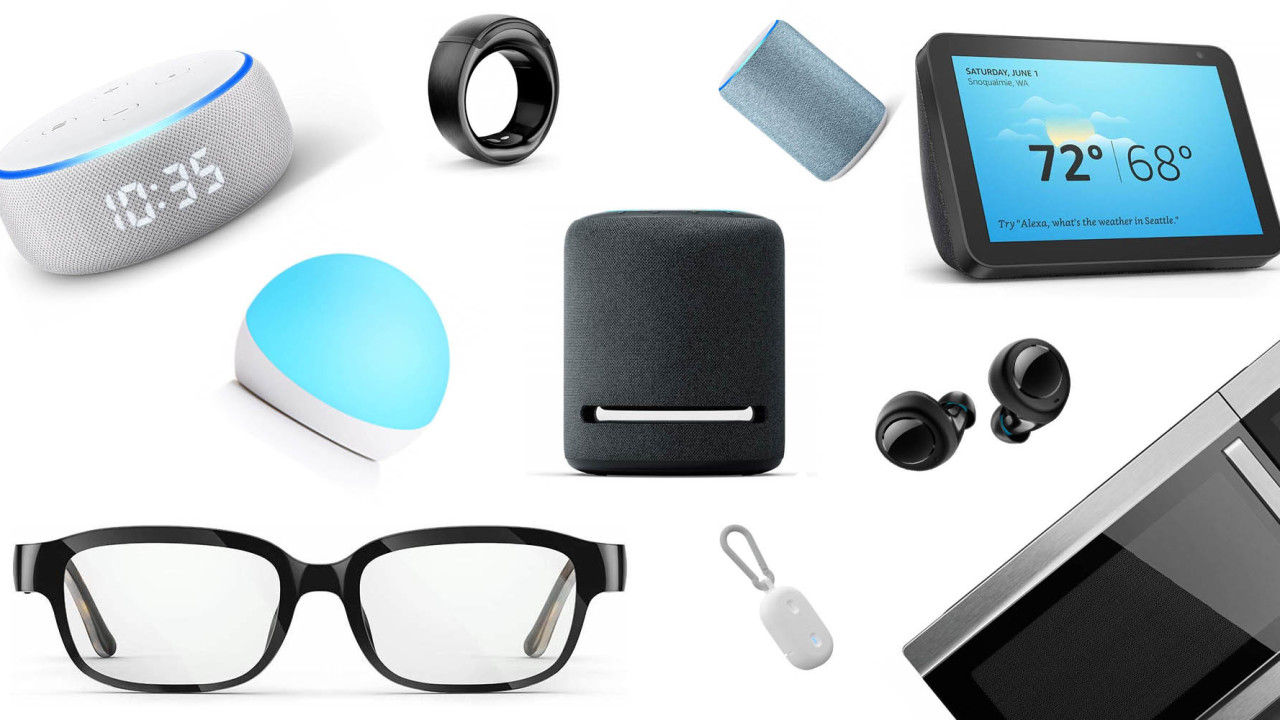 Amazon hosted a massive hardware event this week, announcing a cavalcade of new Alexa-enabled and IoT devices. Make no mistake: Amazon wants to find a way into your home or pocket one way or another. But there’s a lot to be excited about too, especially as Amazon‘s pricing often undercuts similar competition.

Let’s get right to it then, starting with the myriad of Alexa-compatible devices in the Echo family.

The Echo Studio is Amazon‘s challenger to the likes of Sonos and Apple’s HomePod. We wrote about it at length here, but it promises serious audio chops and is the first smart speaker to support 3D audio, including Dolby Atmos.

As long-rumored, Amazon is finally getting into the true-wireless headphone game. They promise high-end sound quality with dual balanced armature drivers, and Amazon made the smart choice of licensing Bose noise-reduction technology. An ambient sound mode is also available for awareness of your surroundings, and the Buds are sweat-resistant.

Battery life is rated at five hours per session, with three more charges provided by the case, for a total of 20 hours. As a pleasant surprise, Amazon doesn’t limit you to Alexa; Google Assistant and Siri will work too. They look seriously compelling at a price of just $130. Read more here.

Yup, Amazon is making smart glasses, but no, they don’t beam holographic images to your eyes; this is an audio-only affair. That’s why they’re relatively svelte compared to AR glasses and can promise “all-day” battery life.

They basically work like an audio smartwatch, reading your notifications out loud and allowing you to ask Alexa questions. They even support optional access to the Google Assistant. But the microphones can also be turned off when you want some extra privacy. Read more here.

Price: $179.99
When: Part of Amazon‘s new ‘Day 1 Edition’ pilot program. Available only via invitation, which you can request here.

Another Day 1 Edition product, the Echo Loop also works like something of a tiny audio-only smartwatch. Click the action button and you can ask Alexa for the weather or information on your dinner reservations. You can even make short phone calls from the thing by holding your hand up to your ear, which both sounds awkward and, admittedly, pretty futuristic.

As is a common theme in Amazon‘s new wearables, the Echo Loop also supports Siri or the Google Assistant. Read more here.

It turns out a lot of people ask their Echo Dot’s for the time, so Amazon figured, why not just put a clock on it? The Display can also be set to tell show alarms, timers, or the temperature.

As with most home gadgets, smart speakers need to be plugged in, running a wire over your beautiful furniture. Boo. The solution? Have a smart speaker that plugs directly into the socket. The Echo Flex works basically the same as any other Echo, but at a super-cheap $30 buck price (and probably not-great sound quality). It comes with a built-in USB-port too, so that’s nice.

Ooooh, shiny. It’s a bit odd this gadget falls under the Echo family, given there’s no microphone or speaker on board. Instead, you can control it via another Alexa-toting device, setting different colors for reminders, or making the light dance along to your music. There’s even a ‘Rainbow Timer’ to help kids stay on track with bedtime, errands, and more. Allegedly

It’s a bigger Echo Show! It has a chunk 8-inch screen, which, you know, is bigger than 5-inches.

The latest Echo has better sound “powered by Dolby,” though it’s not an Atmos speaker like the Studio because duh.

Okay, that’s enough Echo devices. Amazon had some other gadgets too:

Amazon announced a new low-power, long-distance wireless protocol called ‘Sidewalk’. Operating on the 900 MHz spectrum it’s meant for low-speed transmissions for things like IoT devices, reaching up to while away. The Ring Fetch is one of the first devices to use the technology. It’s basically a tracking device that lets you make sure your pup is still within a specified radius.

Price: TBD
When: Sometime next year

Amazon announced the first new Eero since it bought the company. Unsurprisingly, it comes with deeper Alexa integration. The mesh router allows you to link multiple routers to ensure strong coverage throughout your home, and Amazon is promising setup will take less than 10 minutes.

Same as above, but with Ethernet for a rock-solid connection.

Like the Stick Up Cam, but smaller, cheaper, and without weather-proofing. It also needs to be plugged into a socket and doesn’t come in a battery-powered version.

Lets you plug your old alarm system into Ring’s network. The best of both worlds

Phew. Got all that? For more on the new devices, check out Amazon’s Alexa hub page here.