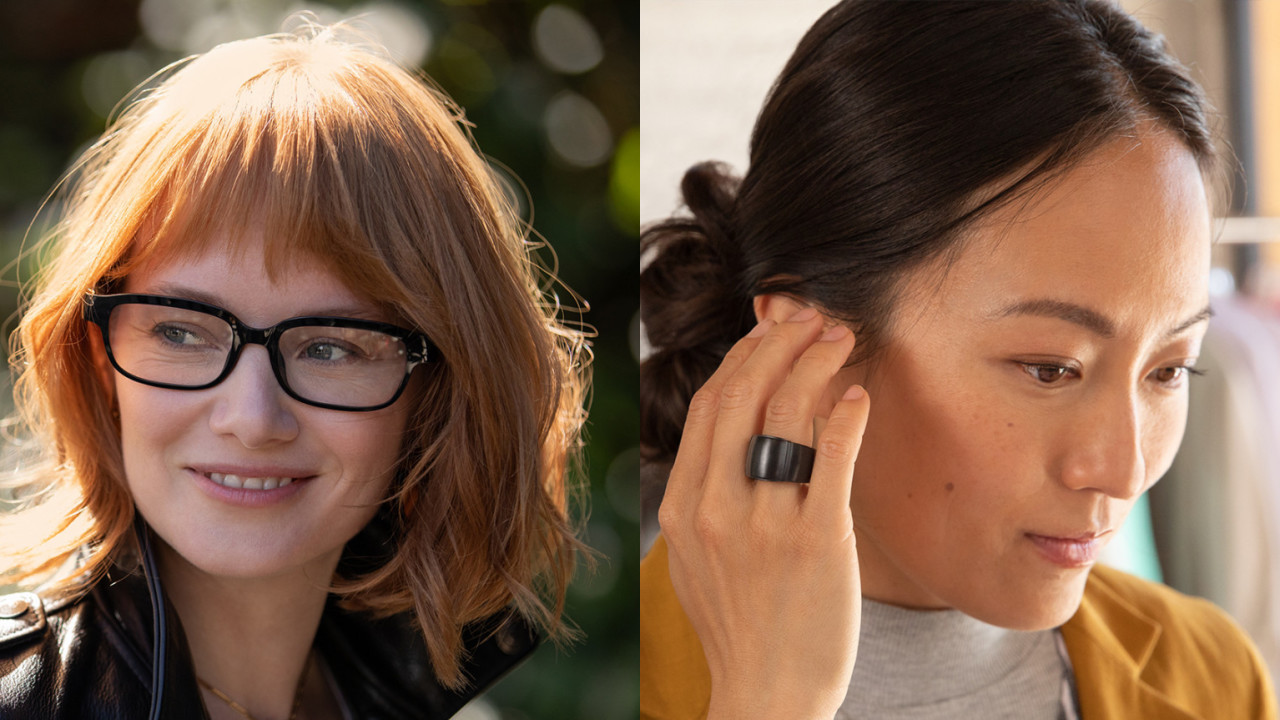 Ever fantasize about becoming a spy, wearing miniature and carefully disguised gadgets, and talking to an invisible computer assistant through them? Well, Amazon is going to make that dream come true – to some extent. Along with a ton of other connected devices, the company announced an Alexa-enabled ring (Echo Loop) and glasses (Echo Frame) at its fall hardware event last night.

The Echo Loop is a $179.99 ring ($129.99 at launch) with a button to activate Alexa, Siri, or Google Assistant, depending on your phone’s default. The ring connects to your phone through Bluetooth, and uses your phone’s mobile network to fetch answers to your questions from the cloud.

Because it’s such a tiny device, you’ll mostly have to bring it near your mouth and practically whisper your queries, and then bring it to your ear to listen to its response. You can accept or reject calls using the button, or speed dial your favorite number. The Echo Loop also lets you know about notifications by vibrating on your finger.

Amazon says it’ll sell this device in small, medium, large, and extra-large sizes. It’ll also send you a ring sizing kit before delivery, so you can pick the size that’s right for you.

The Echo Frame is a similar device, but for your eyes. It doesn’t have any fancy AR tech as seen previously on the Google Glass, so don’t expect to show it anything hologram-style in your field of view. It’s essentially a pair of prescription-ready glasses with Alexa (or Google assistant) with sophisticated little speakers.

Just like the Echo Loop, it tethers to your Android phone via Bluetooth, and relies on its internet connection to answer your queries. You can utter the wake word, or press the temple of the frame to invoke Alexa.

Amazon says it has implemented its own open-ear technology that uses four beamforming micro speakers so only you can hear responses from the digital assistant. The company is selling the Echo Frame only by invitation at a price of $179.99.

Both these devices are part of the ecommerce giant’s ‘Day 1 Editions’ program, which aims to bring innovative products to consumers and gather feedback. That means these devices won’t go into mass production, but Amazon’s testing the waters to see how they’re received by people who use them in their everyday lives.

While both ring and glasses with assistant sound great, they are still tethered to the phone, and the current generation of assistants don’t work flawlessly just yet. So, unless you’re an enthusiast, you can promptly ignore these wearables for now, and wait for improved iterations.