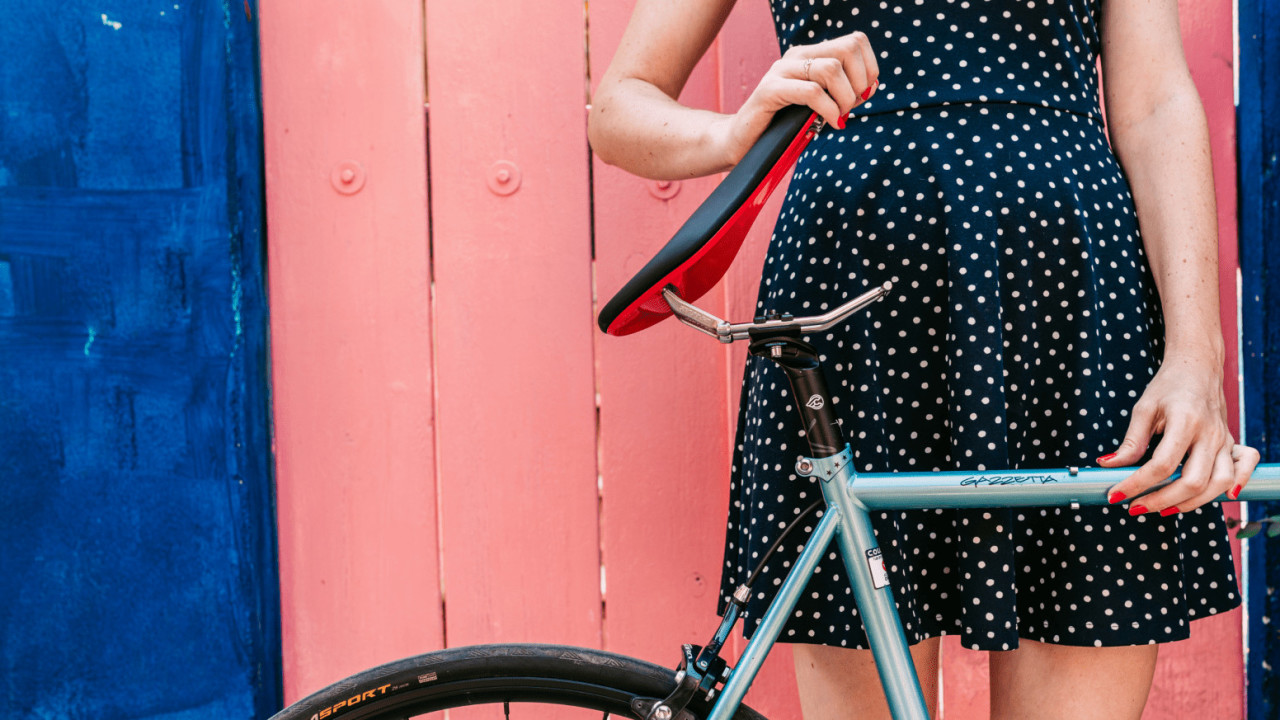 Bike thieves are a brazen bunch. In NYC, cyclists who have to lock up outside have two primary approaches: get a cheap bike that you won’t cry about when it’s stolen, or lock up like a pro. But thieves are also incredibly opportunistic. They’ll grab anything of even minimal value that’s not properly secured, and not a day goes by I don’t see a locked bike missing a wheel or saddle. The SeatyGo tries to prevent that latter situation with a simple solution: make it incredibly simple to take the seat with you.

The saddle is made by Seatylock, whose namesake is a seat that, well, doubles as lock. Beneath that seat is a folding lock that made it easy to secure your bike and saddle from thieves at the same time.

The SeatyGo is basically the same concept sans the lock portion, allowing you to take your saddle with you and protect it from the weather and thieves alike. It uses standard bike saddle rails that should fist almost every bike out there, but a quick-release mechanism makes it easy to take the actual seat with you while the rails remain attached to your seatpost. It comes in three sizes: Dynamic (narrow, flat and rigid), Urban (narrow but softer), and E-bike (wide and plushy).


I’ve had the chance to try out an early version of the Dynamic saddle, and it does its job. I’m no expert on bike saddles, and given my more relaxed riding position, I’d personally have chosen the e-bike or urban models, but those weren’t available to try at the time of writing.

Still, I found the SeatyGo was comfortable and stable enough, despite the unusual latch mechanism. I worried the saddle wouldn’t be able to handle my 270lb weight + backpack for long rides, but in several weeks of use, the seat has shown no signs of wear. And because removing the seat takes all of a second thanks to the quick-release latch – and because the seat is flat enough to fit in a bag easily – it’s something I found myself doing every time I parked my bike. It’s such an obvious solution I’m surprised more manufacturers don’t do something similar.


It adds some definite piece of mind when locking up the thief magnet e-bikes I’m in the process of reviewing. I already carry two or three heavy-duty locks on a regular basis out of paranoia, because e-bikes are expensive (in addition to a couple of Abus locks, I’ve been using Seatylock’s beefy Pentagon U-Lock, which no one has tried to cut into so far). Not needing to secure my seat as well helps take one lock out of the equation and provided some additional peace of mind without me having to bring my whole seatpost. Not arriving to a wet seat after a passing bit of rain is nice too.

There are some obvious caveats. While thieves probably wouldn’t bother to steal a standard seatpost without a saddle, the SeatyLock won’t be much help if you have a fancy suspension seatpost that’s worth more than your saddle in the first place. In that case, you’ll want some sort of seatpost lock – or to just take the whole assembly with you. And even if you have a regular seatpost, you might still have the misfortune of being targeted by a thief who’s willing to steal absolutely any unsecured bits.

Still, the SeatyGo means that at least your saddle itself is protected from thieves and inclement weather, and it might just be enough to deter thieves from stealing your seatpost too. Until we live in a world where cyclists don’t live in constant fear of their gear being stolen, that’s about as much as we can ask for.

The SeatyGo is up for pre-order on Kickstarter now, priced at $60 (it will cost $85 at retail). First shipments are expected to arrive in January 2020. As always, support crowdfunding with caution, but Seatylock has delivered on several previous campaigns.