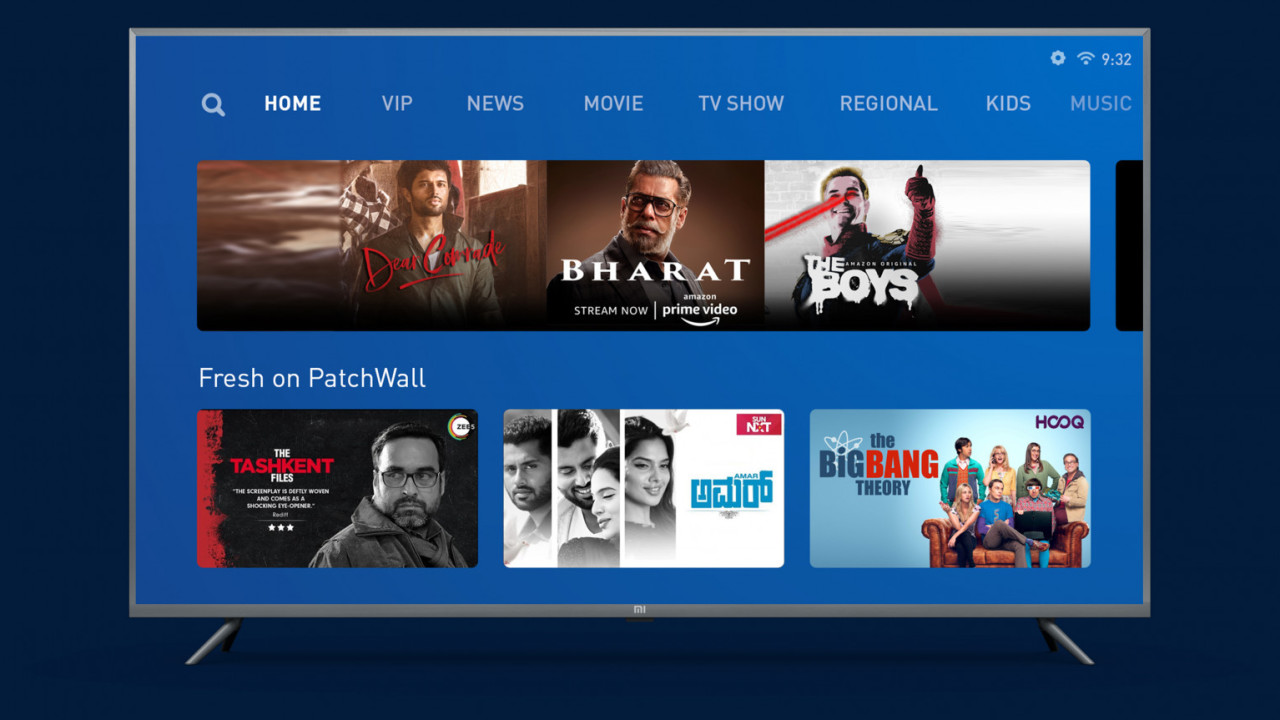 At an event in Bangalore, India, today, Xiaomi launched a range of premium smart TVs, including the 65-inch Mi TV 4X, which comes with Android 9.0 and Netflix Ultra HD support.

This top-of-the-line unit boasts a 4K panel that supports HDR 10. It also gets a metal frame and stands, slim bezels that measure just over 1 cm in thickness, and a new Vivid Picture Engine that promises improved picture quality across all input streams, including channels from your set-top box.

Xiaomi noted that this TV’s panel has a wider color gamut with an 88 percent NTSC rating; it also packs an MEMC chip that interpolates frames from incoming transmission for smoother motion. You can choose from three different smoothing settings, including one that turns this feature off entirely. There’s also Chromecast functionality, as well as the Google Play store for Android TV built in.

Product manager Sudeep Sahu noted that while some of the new models have been available in other markets like China, this bunch has been tuned for India with changes like the speaker setup. The 65-incher comes with 20W speakers, and support for Dolby Audio and DTS-HD. Of course, built-in TV speakers will never sound as good as an external set, so if you’re in the market for a new screen, you’ll want to think about snapping up a soundbar or some sort of speaker to give you a more immersive viewing experience at home.

That said, the Mi TV 4X features a Vertically Aligned (VA) panel, which generally offers good picture quality, but doesn’t match up to some premium panel types like IPS and OLED in terms of viewing angles. We’ll have to spend some time reviewing this model before we can issue a verdict on how it stacks up against its pricier competitors.

The entire range will go on sale in India at midnight on September 29 on Xiaomi’s mi.com site, and on Flipkart – except for the 50-incher, which will be available on Amazon India and Xiaomi’s site.