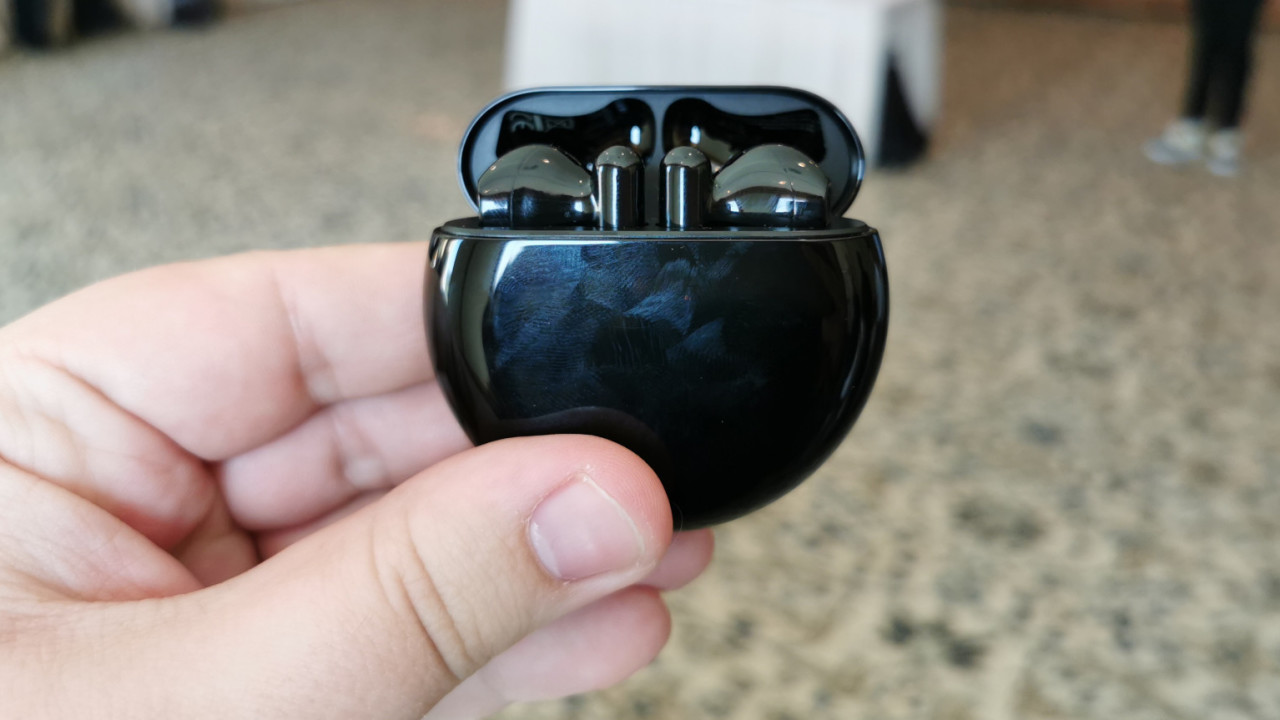 Huawei today announced the latest update to its truly wireless earbuds game. The Huawei Freebuds 3 are the company’s latest salvo in an already crowded marketplace. It hopes to distinguish itself from its rivals with reduced call latency, as well as improved charging performance, and the introduction of active noise cancellation (ANC).

The ANC aspect is arguably the most interesting. Huawei says the Freebuds 3 can remove around 15 decibels of external noise. While that doesn’t sound like much, bear in mind that these aren’t over-ear or in-ear headphones, and therefore can’t rely on the sound isolation effects garnered by literally encompassing the entire ear canal.

Call performance in windy conditions has also been improved thanks to the introduction of a new wind guard. This, purportedly, will allow you to comfortably hold a phone conversation even when cycling at 20 km/h.

At the heart of the Freebuds 3 is the company’s new Kirin A1 audio chip, which rivals Apple’s custom W1 chip.

Unlike some wireless earbuds, which transmit to a receiver on one bud that subsequently relays the signal to the other, the W1 allows each earbud to directly communicate with the device. This quirk shaves off a bit of lag, and results in just 190 miliseconds of latency between audio being transmitted from a phone to it being received on the earbud.

Another quirk of the A1 is that it’s somewhat conservative with the amount of audio data it transmits and receives. This bit takes a bit of explaining, so bear with me.

Some earbud receivers work by transmitting both left and right channels to each earbud. That’s obviously really inefficient, as it means that each earbud is effectively discarding half of the audio data it receives. Solving that problem gives markedly more bandwidth, allowing the transmission of higher-resolution audio than what’s available with the the incumbent codecs, like Qualcomm AptX.

Whether the ordinary punter would be able to perceive such an improvement is anyone’s guess, however.

The Freebuds 3 offers 4 hours of battery life between charges, plus an additional 20 hours from the charging case, which goes from empty to full in just thirty minutes when connected via a wired cable.

Pricing information for the Freebuds 3 wasn’t available at the time of writing. Given the introduction of ANC, as well as the Kirin A1 chip, we would reasonably expect it to cost more than its predecessor, which initially retailed for $139.99.

TNW will review the Freebuds 3 in the coming months, so keep an eye out for our coverage.