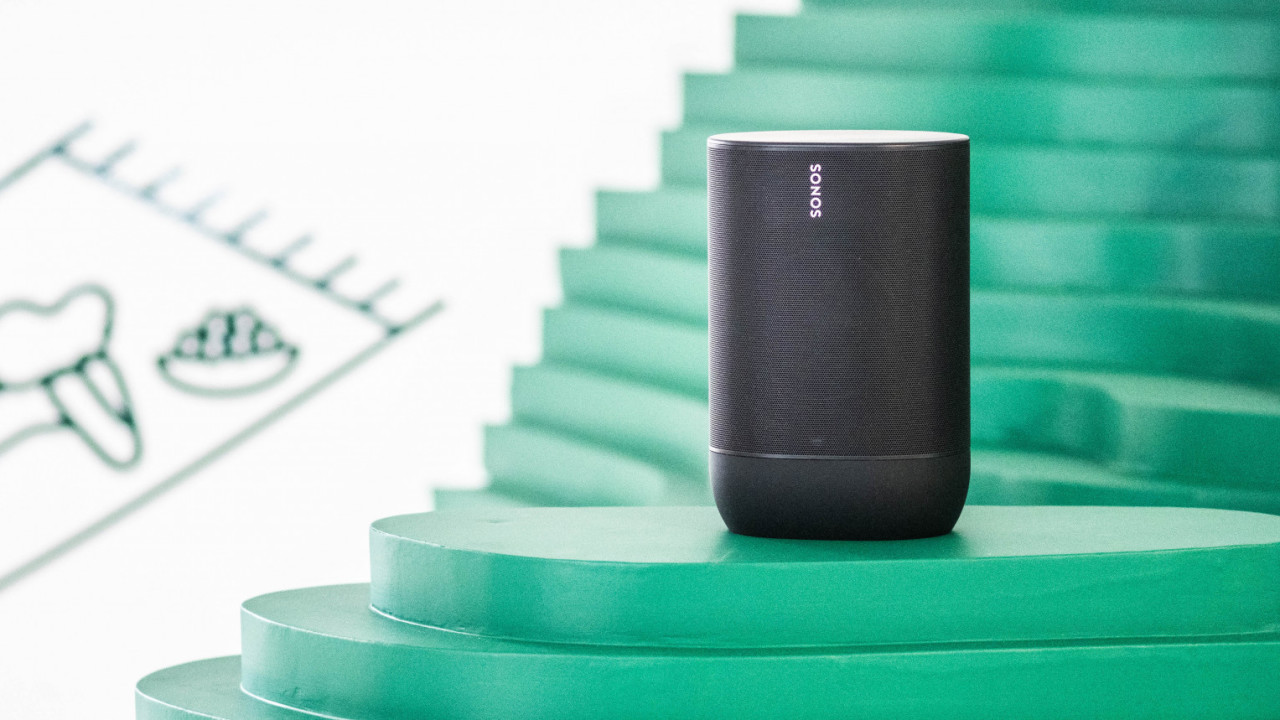 Portable Bluetooth speakers are probably the most common product pitches I receive, and therefore some of the products I least care to talk about. They’re so ubiquitous, they verge on being disposable, and few provide sound quality to compete with traditional speakers.

But then I had the chance to check out the Sonos Move. Despite its $399 price tag, it might’ve just reshaped my idea of what a portable Bluetooth speaker can be.

Yes, that’s right a Sonos Bluetooth speaker. If you’re wondering why that’s a big deal, Sonos has famously held out on the common technology because it finds WiFi a superior medium. WiFi lets you group speakers and control them from a variety of devices, while Bluetooth does little more than transmit audio from a single device.

So yes, WiFi is generally superior, but it’s meant that every Sonos Speaker so far has been tethered to your home network. No taking it to the park, beach, or a rooftop party. The Sonos Move gives you all the WiFi functionality you’ve come to expect from the company’s wireless speakers – including Google Assistant and Amazon Alexa – but it’s also the first to incorporate Bluetooth and an integrated battery.

Of course, for $399, the Sonos Move had better be a really good Bluetooth speaker. The company thinks it can deliver that value in durability and acoustic performance.

The Sonos Move is IP56 rated, making it capable of withstanding most weather conditions short of complete immersion. Technically, the rating denotes the speaker is ‘protected from limited dust ingress’ and ‘high pressure water jets from any direction,’ but Sonos says the speaker is also built to withstand falls, bumps and high-pressure jets. Get mustard and ketchup on the speaker? Just run it under the faucet.

That endurance extends to the battery, which lasts “up to 10 hours” of continuous playback and 120 hours of standby time (it can be woken up via your network). Because the speaker is meant for home use too, it comes with a docking base that gives it a permanent location in your home; the speaker can quickly connect to Wi-Fi when docked. But mercifully, Sonos also includes a USB-C port for charging on the go; your phone or laptop charger should work. Better yet, the battery is user-replaceable should its capacity diminish over the years.

Granted that IP rating is still lower than something like the IP67 UE Boom 3, but Sonos is aiming for a higher class of sound quality here – something worthy of the rest of its lineup.

A clear example that sound quality wasn’t an afterthought: the Move is the first Sonos with automatic TruePlay. TruePlay, if you recall, is a feature that retunes the speaker to provide better sound quality for different rooms and placements; a speaker will sound different if placed in a bookshelf than if placed on a stand, for instance.

Previously, this required performing an awkward ritual of waving your phone or tablet around a room to capture a speaker‘s sound at different angles. But like Apple’s HomePod and Google’s Home Max, the Sonos Move is now able to do this automatically, adjusting its sound within 30 seconds or so of being moved to a new location.

That said, Sonos is promising greater efficacy in its own process, having trained its AI model on the huge data set of users using classic TruePlay. Auto TruePlay is trickier than it might sound; it requires the speaker‘s microphones to separate the ‘true’ sound of the music from the sound of the room, and then try to guess what the speaker will sound like from your listening position. In a brief demo during Sonos‘ presentation, the feature had a clear effect on the music when the speaker was placed in different locations. It seemed to be an improvement, though I’ll have to see how it performs in my own home.

Because the Move is designed to be used outdoors, where there aren’t wall reflections to distribute the sound, Sonos wanted to create a product with ultra-wide dispersion. So instead of a traditional forward-firing tweeter, the Sonos One uses a tweeter that fires down into a waveguide, which reflects and disperses high-frequency sounds across a wide listening area.

Any brief listening impressions should be taken with a grain of salt, but on a basic level, the Sonos Move displayed a nice balance of clarity and bass thump for a small-ish battery-powered speaker. The was some genuine kick to the sound and enough volume for outdoor use; I look forward to putting it through its paces at home.

It all comes back to that price; at $399, the Sonos Move is not meant for someone who just wants a portable speaker that will play loud enough to be heard – it’s a versatile speaker built to last. If Sonos can deliver on both durability and sound quality, it might have built one of the best portable speakers you can buy. Stay tuned for further testing.

The Move is available for pre-order today from Sonos’ website and will launch on September 12.