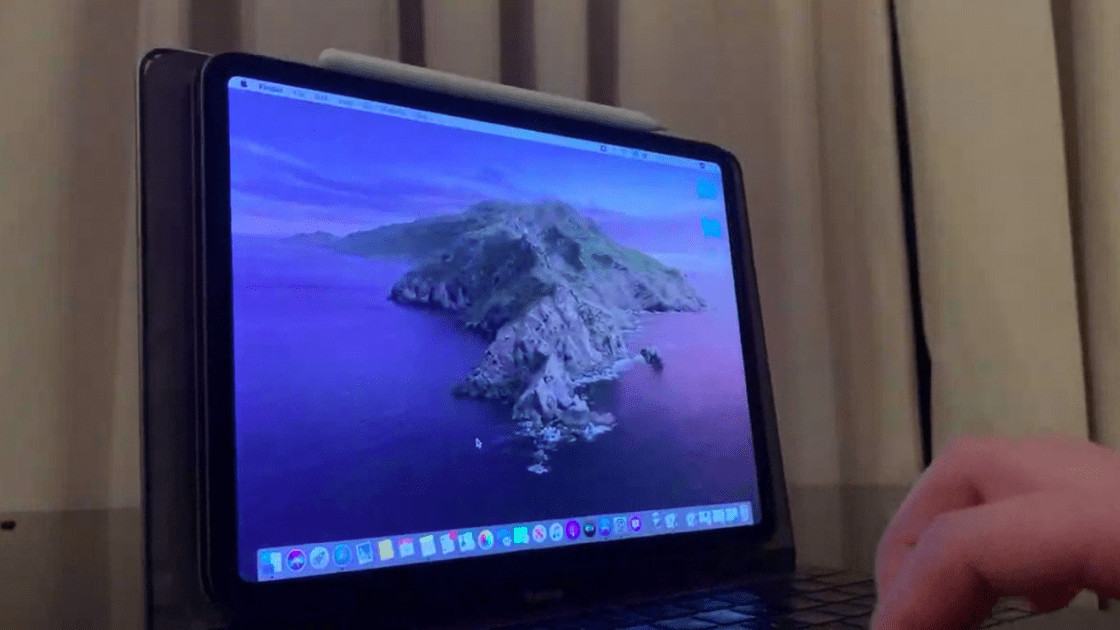 Most MacBook Pro machines with busted screens end up in a junkyard. But a Reddit user made the best use of it by hooking it up to an iPad Pro and creating an amazing hybrid machine.

The user, u/andrewkroger, explained that he took apart the assembly of their MacBook Pro‘s damaged display and attached a magnetic iPad case in its place.

The method involved defusing the broken LCD screen and backlight from the upper portion of the MacBook’s clamshell, modifying the retina display driver, attaching a magnetic iPad case in-place of the retina display and putting everything back together.

His video shows the iPad docked in the MacBook Pro’s body and being used as a screen, and then functioning as a tablet after being undocked.

Andrew says they used SideCar – Apple’s new project that lets you mirror a Mac’s display on an iPad – to make this hybrid work.  Plus, he uses $36 Mac app called Keyboard Maestro to connect the keyboard to the iPad during the boot-up process.

If you’re curious about how to build this yourself, u/andrewkroger noted he’ll make a full video documenting the whole process soon, so you’ll want to bookmark or watch his Reddit profile for updates.

What would you name this hybrid machine? Tweet @ us.