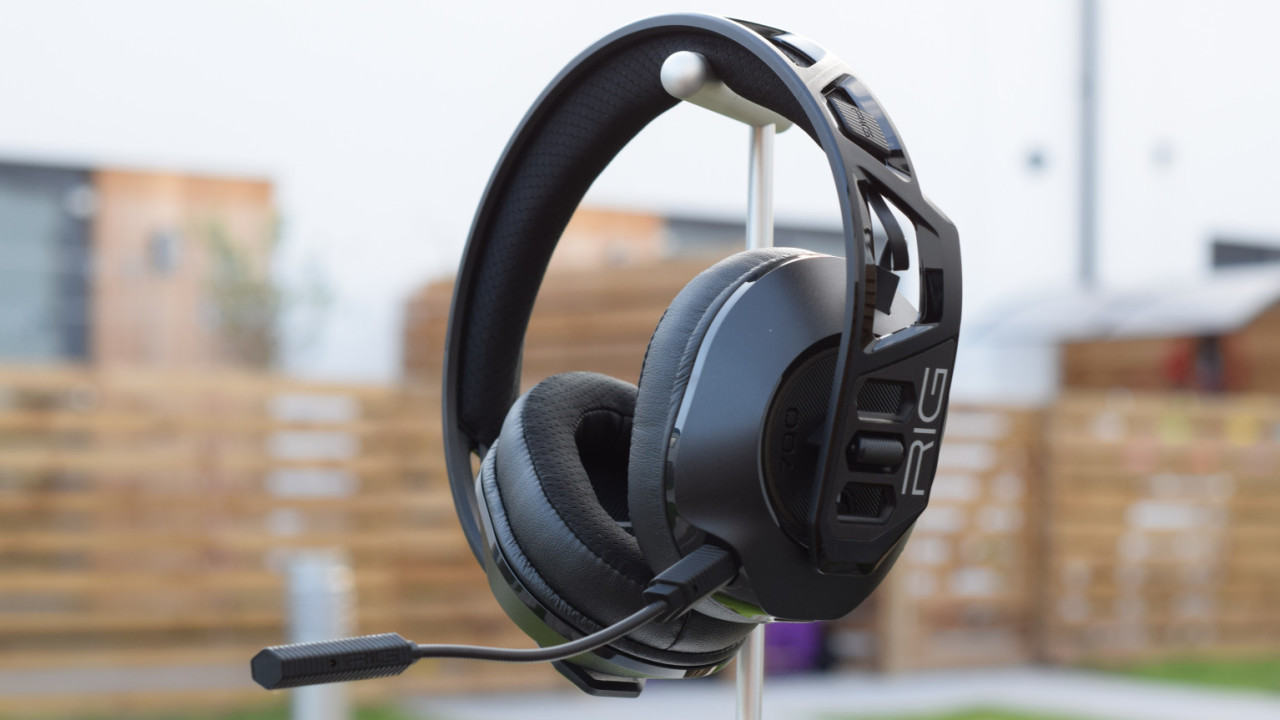 Poly isn’t the most likely candidate to make a gaming headset. The company was formed by the merger of Polycom and Plantronics, both of which boast long pedigrees in the corporate communication technology sphere. It’s for that reason why, when I got my hands on the RIG 700HX, I kept my expectations tempered.

I shouldn’t have bothered. The Poly/Plantronics RIG 700HX (for some reason, the company decided to use its older branding with this headset) is a genuinely competent bit of kit, offering rich and detailed sound that’s centered around a comfortable and well-designed frame.

It’s got more than enough features to keep avid gamers happy. And, to my delight, it’s also got a somewhat conservative design, making it appropriate for the office where subtlety is often appreciated.

There are three variants of the Poly RIG 700 series headsets, targeted at Xbox (700HX), PlayStation (700HS), and Windows (700HD) respectively.

For the purposes of this review, I’m testing the Xbox version, although I should note that this is also compatible with PCs (and, presumably, Mac and Linux too, as it connects via a standard USB receiver).

Gaming hardware has a – let’s face it, completely deserved – reputation for ugliness. Most gaming kit that lands on my desk looks like the unholy lovechild of a Monster energy drink can and an Ed Hardy t-shirt, with some gratuitous LEDs stuck on for good measure.

The RIG 700HX isn’t like that. It’s unabashedly conservative.

Let’s talk ergonomics. The headset’s earmuffs are wide and well-cushioned, effectively going around one’s ears. In addition to making this a more comfortable fit, it also ensures that less external noise creeps in, distracting you from the action taking place on screen. While these cans aren’t active noise cancelling, I was reasonably impressed with the overall noise isolation, which muffled annoying external sounds, like dogs barking and doors closing.

The left earcup contains the majority of the RIG 700HX’s buttons. These are big and chunky, making it easy for you to adjust the settings without having to remove it. In addition to the usual volume and power control buttons, there’s also a microphone toggle switch, and another that lets you adjust the balance between game and chat audio.

In order to connect the headset to your console or computer, you’ve got to insert a small, rectangular receiver into your device’s USB port. This is actually easier than pairing using a standard Bluetooth connection, as it’s completely plug-and-play, and doesn’t require the hassle of using Windows’ god-awful Bluetooth settings.

The receiver has a long cable, making it easy to conceal within your furniture. It also comes with a switch allowing you to toggle between PC and console modes, as well as a button that lets you disconnect the headset.

Broadly speaking, I’m extremely impressed with how the Poly Rig 700HX performed. In terms of battery life, you can expect it to last for 12 hours of continuous use, which is ideal for those all-night gaming marathons where you inevitably end up urinating into a milk jug.

That said, it’s a little sad (particularly given it’s 2019) the RIG 700HX uses an old-school microUSB connection. The inclusion of USB-C would inevitably give faster charging times. It would also mean I could use the same cable with the RIG as I would with my phone.

I was fairly impressed with the stability and latency of the connection offered by the Poly RIG 700HX, which was perceptively responsive when playing games that demand it, like Wolfenstein: Youngblood. It also managed to maintain the connection when walking around my house in order to use the restroom or grab a drink from the fridge.

So, let’s talk about sound quality, which is exquisite. These cans (which, in fairness, aren’t cheap) offer a detailed profile that lends itself favorably to gaming scenarios, where you’re often confronted with several different overlapping noises – like NPCs talking, environmental sounds, background music, and screechy-voiced teenagers loudly bragging about their sordid sexual escapades with your mum.

And honestly, using this felt like a measurable upgrade from my TV’s built-in speakers. When playing Descenders, a freeriding sports game, I was able to better discern the traction of my character’s bike while traversing through the lush scenery. Overall, the RIG 700HX offered a far more immersive, and therefore entertaining, experience.

And then there’s the noise-cancelling microphone. This is arguably the best feature of the RIG 700HX and offers excellent clarity. This is handy for frantic team discussions, as well as conducting boring business conversations over Skype and dictating documents to Google Docs.

Who is the Poly/Plantronics RIG 700HX for?

The Poly/Plantronics RIG 700HX is a solid, well-designed bit of kit. It sounds great, it’s comfortable, and has a cracking microphone.

If you’re a devout gamer with some cash burning a hole in your pocket, I’d really encourage you to check it out. I can also imagine it being used in more formal office environments, thanks to its conservative design.

That said, there are a couple of things to be wary of. Firstly, the lack of USB-C is a serious bummer. I’d also emphasize that this isn’t a traditional Bluetooth headset as it uses a separate hardware receiver, and therefore you can’t easily pair it with your phone or tablet.

Poly released the RIG 700HX today. While it’s not currently available on Amazon, you can find it at other retailers. In the UK, Argos sells it for £120, plus shipping.

American readers can pick one up at Walmart, although, at the time of writing, it’s not presently showing on the company’s website. You might have better luck heading in store.

If you’re looking for a cheaper version, you can grab a previous generation model, the RIG 500 Pro, from Amazon for an incredibly palatable $80. For what it’s worth, I’ve tested this model myself. Performance-wise, there’s a decent level of overlap, and many of my remarks for the RIG 700HX (particularly pertaining to sound quality) also hold true with this older model.