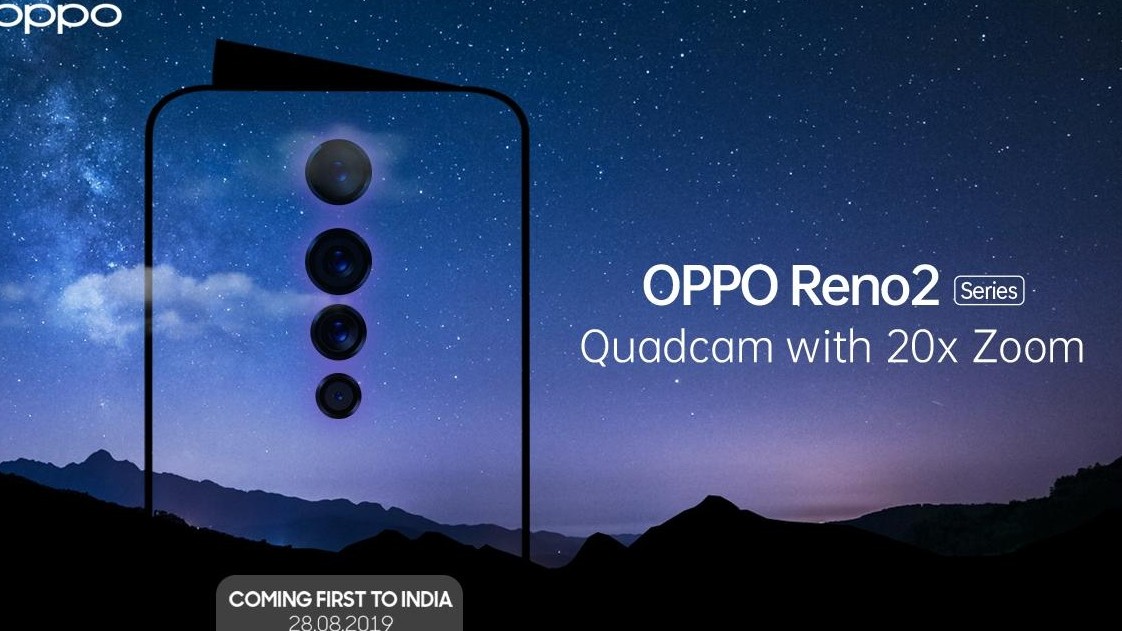 It’s no secret that OPPO is quietly working on the successor to its popular Reno handset. Today, courtesy of the company’s Twitter account, we got a glimpse of what it’ll look like.

This is the OPPO Reno 2. As you’ll see, it comes with a constellation of four rear-facing cameras. That’s not terribly surprising, given this particular configuration is present on devices from manufacturers as diverse as Samsung, Huawei, Honor, and Lenovo.

OPPO hasn’t disclosed the exact composition of the Reno 2’s camera setups, besides saying it’s capable of 20x zoom. That’s an impressive figure, and if I was a betting man, I’d put my money on the OPPO Reno 2 using hybrid zoom technology technology to accomplish this.

Hybrid zoom featured on the OPPO Reno 10x, and merges both optical and digital zoom approaches in order to produce respectable shots at a distance. For it to achieve 20x hybrid zoom, the periscope telephoto lens will need a massive upgrade. I’m curious to see if OPPO accomplishes this without making the camera setup protrude too much.

Besides that, the teaser shows the phone using the same shark-fin selfie camera as the previous model. I’m generally a bit skeptical of moving mechanical components within phones, as they are inherently more prone to wear-and-tear. Give me a solid-state holepunch camera, like those found on the Honor 20 or Samsung Galaxy S10, any day.

That said, the shark fin does allows OPPO to pack more screen into the phone, making it perfect for gaming, or watching movies while commuting.

The OPPO Reno 2 launches in India later this month, on August 28. It’s not clear how much it’ll cost, or when OPPO will launch it overseas. However, I wouldn’t be surprised if it happens sooner than you think, given the rapid inroads the company has made into the UK and European markets.