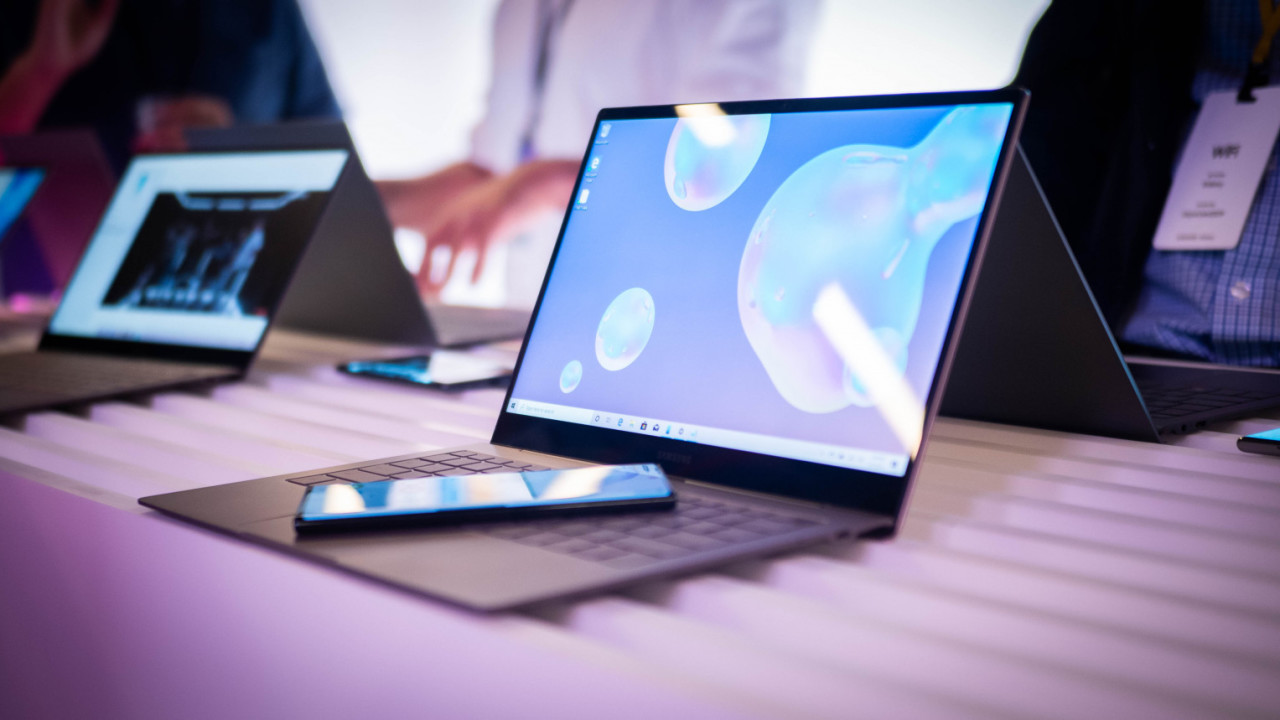 Samsung might dominate smartphone sales and be a major player on other facets of consumer technology, but it hasn’t had as much luck in the laptop space. After spending some time with its new Galaxy Book S – and despite a few concerns – I think that could be about to change.

We already covered the Galaxy Book‘s launch and specs in our announcement post, so I won’t delve too deep into the minutiae of the internals. The main things you need to know: It’s powered by a Qualcomm 8cx ARM processor, has 8GB of RAM, supports LTE, and packs a battery rated for 23 hours of video playback.

I know some of you are already scoffing at the ARM processor given previous ARM-powered Windows laptops haven’t been so hot. But I suspect for this laptop‘s intended audience, mainly people doing light office work, this will not be an issue. In any case, Qualcomm seems to have made some meaningful performance improvements with the 8cx, even putting out a video comparing its results in PCMark 10. In my brief time with the laptop, I saw nothing to complain about, although a few minutes with a laptop is hardly a comprehensive test.

But I think the Book S will have some fans simply because it’s so pretty. For a company that has been in the upper echelon of industrial design with mobile devices, many of Samsung’s recent laptops have been plasticky affairs that don’t inspire confidence the way a MacBook, ThinkPad or XPS does. Previous Galaxy Books have been 2-in-1s with some questionable decisions. But the Galaxy Book S just looks like an honest-to-goodness solid laptop.

The 13.3-inch laptop is impressively light at 0.96 kg (2.11 lb), significantly lighter than the 2019 MacBook Air‘s 1.25 kg (2.75 lb). But unlike some other ultra-light laptops, the Galaxy Book S’s metal frame feels sturdy and stiff. The keys have somewhat shallow travel, but felt surprisingly comfortable to type on; I liked them more than the ones on the XPS 15 I’m currently testing. The trackpad was smooth and responsive.

Despite the diminutive frame, Samsung managed to fit two USB-C ports, a headphone jack, and MicroSD slot to expand the 256 or 512GB of onboard storage.

I realize these impressions are largely superficial, but given the diminishing returns on performance for everyday computing, people often buy laptops on superficial qualities. At $999 for the 256 GB model, the price seems fair for the design and build on display.

If Samsung can deliver on its battery life performance – it obviously won’t last 23 hours in real-world use, but half of that would still be impressive – the S Book could be Samsung’s ticket to making a laptop people will actually want to buy. We’ll let you know what we think once we can spend more time with a retail unit.