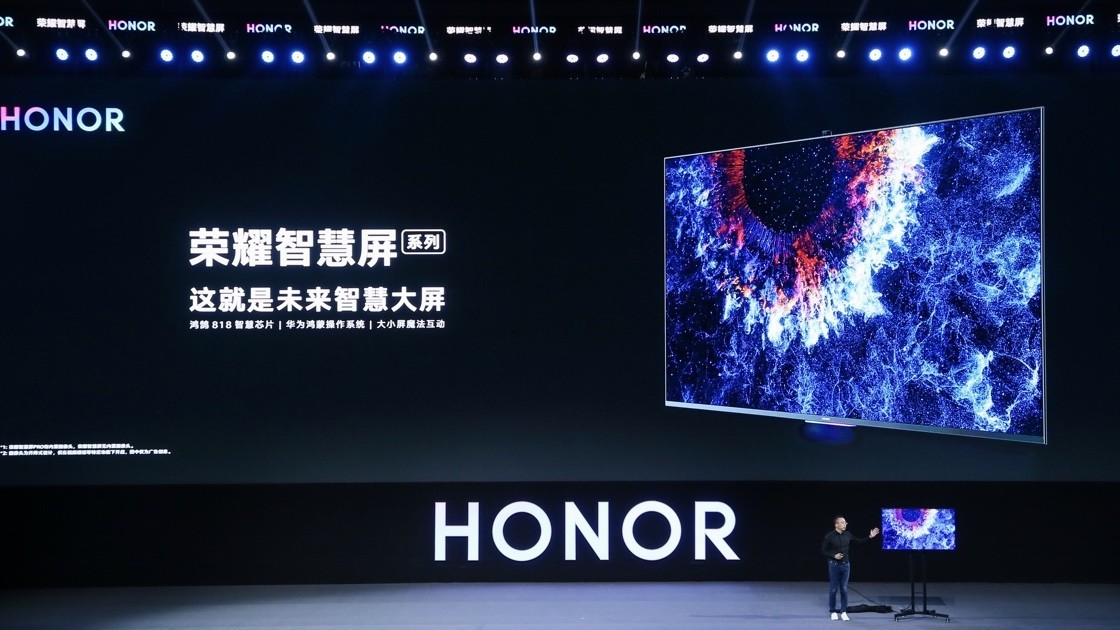 Just a day after announcing its new OS, Huawei has launched the first device running it through its subbrand Honor. The company launched a smart TV named Honor Vision Pro which has a pop-up camera for some reason.

The TV has a 55-inch 4K screen that has 178-degrees of viewing angle and goes up to 400 nits of brightness. The Honor Vision Pro’s frame’s pretty sleek at just 6.9mm thickness – so it’ll fit easily onto your wall.

Honor’s new TV also has a pop-up camera, just like the one on phone like the OnePlus 7 Pro and the Xiaomi Redmi K20 Pro, that allows you to make calls at 1080p video quality. The company said the camera will only pop-up either while making calls or when you specifically issue a command.

The company said the HarmonyOS-powered TV will have a ‘magazine-style UI’ to skim through apps and content easily. It’ll also support voice command with its own assistant called YoYo. To aid that, the device will have six mics with a range of five meters.

For sound, the TV house six 10W speakers and 1.6L sound cavity. It supports Hi-Res Wireless Audio (HWA) and Bluetooth 5.0, so you can connect the remote, your headphones, or your phone.

The Honor Vision Pro will cost 4,799 Yuan (about $680) and the standard version without the pop-up selfie camera will cost 3,999 Yuan (approx $540). At the moment, there are these TVs won’t be available outside China. We’ve asked Honor about the global availability, and we’ll update the story if we hear back.