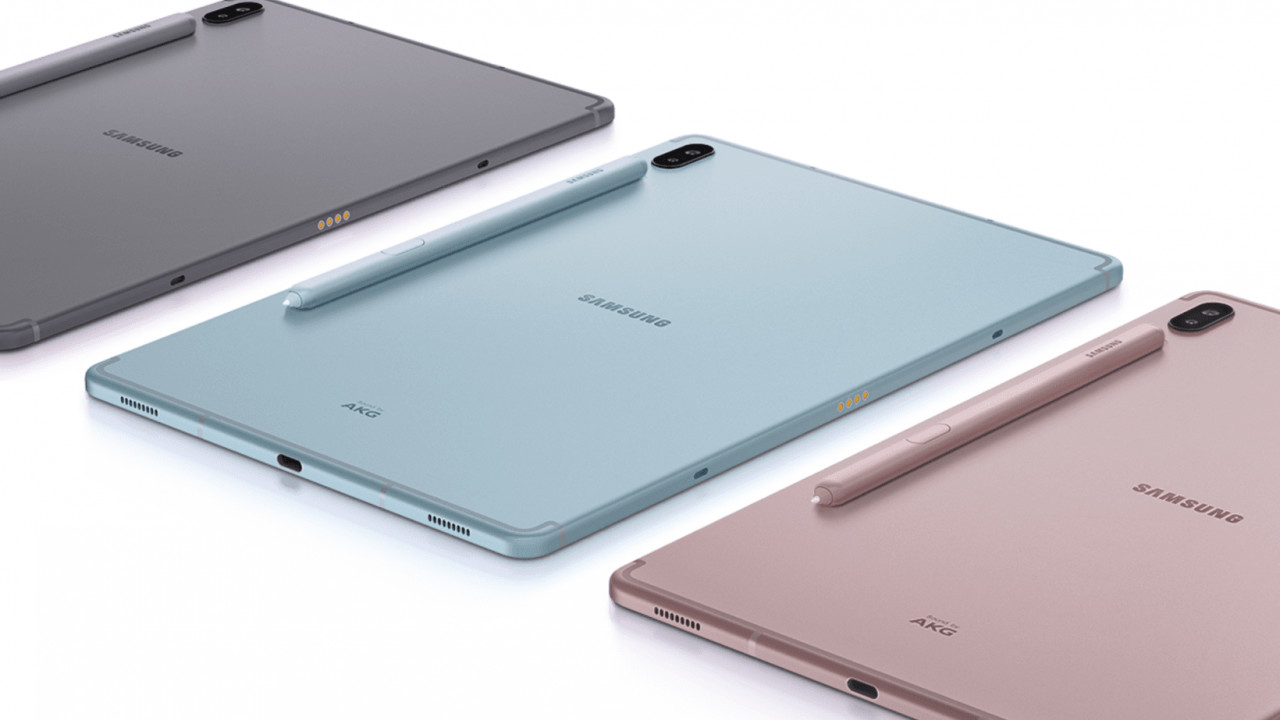 It’s no secret that Android tablets are in an awkward position. While Apple’s iPad remains an important part of its product line-up, even Google has given up on making an equivalent. But Samsung hasn’t given up on Android tablets just yet. Today it announced the Galaxy Tab S6. It’s clear the tablet has taken some inspiration from the new iPad Pro, but it has a few tricks of its own too.

It’s the usual spec bump here – smartphone specs stuffed into a larger frame. That’s one advantage Apple has: it’s iPad Pros are always significantly more powerful than its iPhones, allowing you to manage significantly greater workloads on its tablet.

That’s not to say the Tab S6 is a slouch – are smartphones specs are plenty powerful as it is, and a tablet’s true power comes from the larger frame. Samsung is known for stuffing its devices with features, and the Tab S6 is no different.

Key among the improvements over the Tab S4 (there was no Tab S5, only a midrange Tab S5e) is the new remote control S-Pen Samsung first introduced with the Galaxy Note 9. This allows you to do things use the S-Pen as a remote shutter or skip songs. The S-Pen does need to be charged now, but it does so when attached to the body magnetically, and a 10-minute charge will get you through a full day of use.

Speaking of the body, the Tab S6 has an all-new design that takes a page out of the new iPad Pro’s book with sharper edges and a boxier look. but the more meaningful improvement is in the keyboard cover, which now has a – gasp – touchpad. When you use the Tab S6 in DeX mode – basically a desktop UI for Android – you’ll definitely see the benefits of having a proper mouse. The cover also now includes a kickstand, giving you Surface-like positioning flexibility.

More puzzling is the new S-Pen placement. It attached magnetically to the back of the tablet, which seems like awkward ergonomics and an easy way to lose the pen, so I hope Samsung has some strong magnets. The keyboard cover does include a flap that covers the pen more securely though.

It’s hard to say whether the Tab S6 is worth your hard-earned money until we spend some quality time with it, but I’ve got to give Samsung some kudos for keeping the Android tablet alive. The Tab S6 will be available to pre-order on August 23 and will be released on September 6. Prices are $650 for the 6GB/128GB version and $730 for the 8GB/256GB model. The S-Pen is thrown in the box, but you’ll have to pay $180 for the keyboard cover.