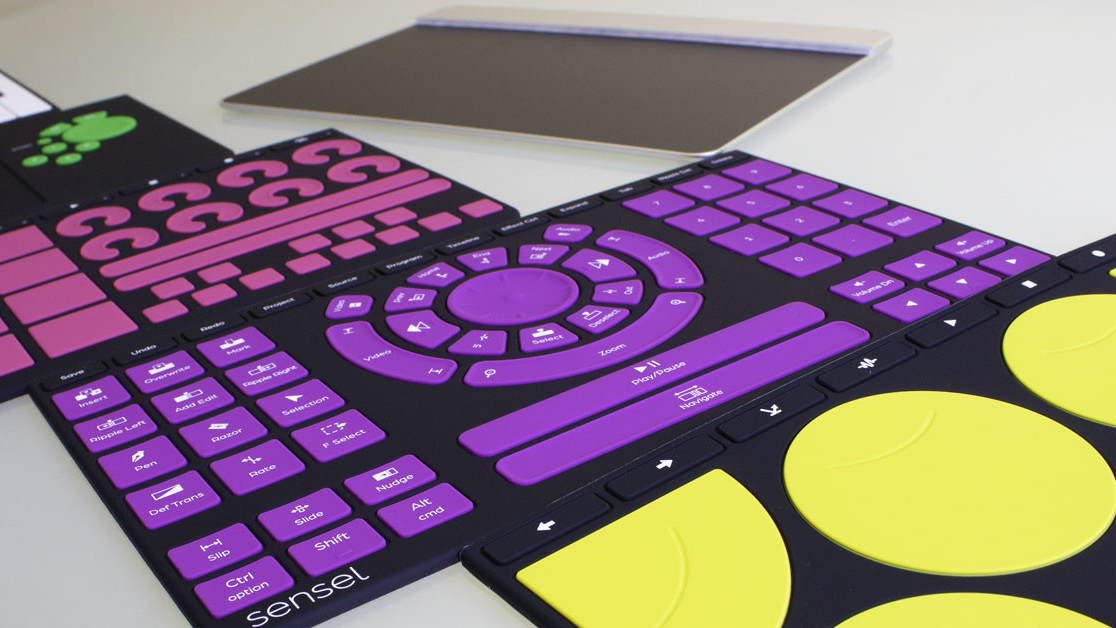 Sensel’s Morph is a pressure-sensitive touch controller that’s easier to use than it is to describe. Unlike other touchpads, it’s infinitely customizable and comes with several overlays that transform it into a MIDI controller for music, a gamepad, a video editing tool, or whatever you program it to be.

At its most basic, it’s a very fancy trackpad that’s sensitive enough to detect light strokes from a paint brush and tough enough to withstand being pounded on by drum sticks. To that end, it’s a step up from similar devices. But the Morph is so much more than just a really, really good trackpad.

The main attraction here is the Morph’s ability to, well, morph. Sensel sells several overlays for it that can be hot-swapped in and out. The overlays are actually just well-made silicon rubber mats. They don’t have any circuitry in them – the Morph detects the overlay by the placement of its magnets. In fact, they’re so simple, you can 3D-print your own custom overlays and program their functionality in almost any way you want (more on that later).

With no overlays attached, it’s a sweet trackpad you can use with your fingers or just about anything you want as a stylus. I used a Sharpie with the cap on and the stylus from my LG Stylo 4 to test it and it responds beautifully. 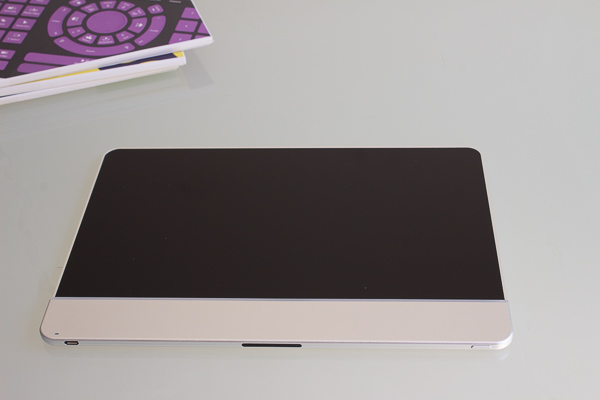 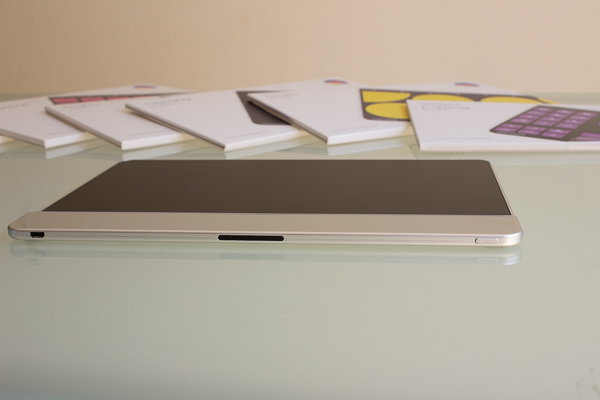 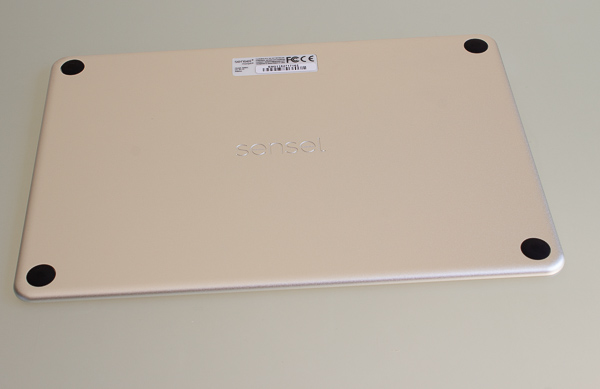 It’s made from solid aluminum and feels like it could hold up to any punishment you’re going to dish out. This is a quality product that resembles something Apple would make — not a single corner was cut here. If you’re looking for an excellent trackpad, I highly recommend this one. And we haven’t even gotten to the main selling point yet: the overlays.

Overlays are sold separately, but they’re an essential part of the Morph experience. Sensel seems to realize that a product like this doesn’t have the kind of mass appeal that a mouse or keyboard has – not everyone needs a $300 trackpad – so rather than try to make a separate overlay for every possible software permutation, its created a dead-simple software interface for editing the individual buttons of each overlay. 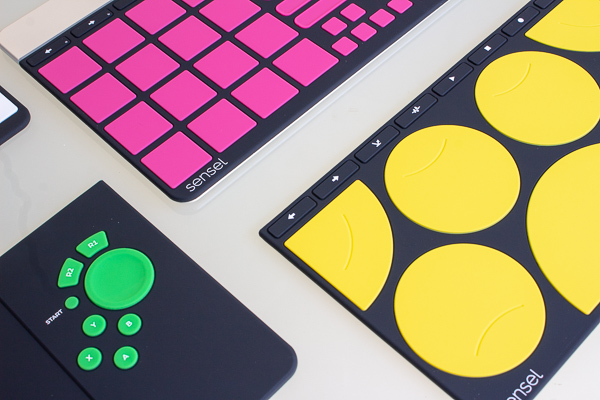 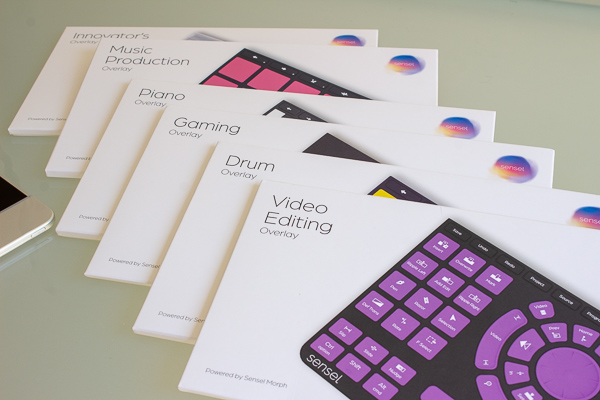 Let’s start with the video editing overlay. I’ve dabbled in Adobe Premiere and Final Cut Pro for years now, but I still don’t know the keyboard shortcuts that would make my life easier. I’ve tried a few different video editing controllers over the years and I’ve always wanted one, but I don’t edit enough video to make the purchase worthwhile. The Morph video controller overlay is $35 dollars and works as well as any dedicated piece of hardware I’ve used.

Best of all, as is the case with all the overlays, the video editing controller can be customized. It’s set up out of the box to work seamlessly with Adobe Premiere, but if you don’t like what one of the buttons does you can easily change it with the Sensel app or change them all to work with whatever program you prefer.

I also tested the gamepad overlay and found it comfortable to use, but a lack of overall support makes it difficult to recommend. Sensel’s documentation points to a couple of third-party emulators to get it working correctly if the game you’re trying to use it with doesn’t offer HID support. But I had no clue whether the games I was trying to use supported it or not, or if I’d done something wrong in setting it up. Eventually I got it to work, but it took a lot of Googling and frustration.

People who aren’t able to use a regular gamepad might benefit from the Sensel Morph with gamepad overlay though, as it’s infinitely customizable. Those willing to take the time to get it set up for their favorite games may find it offers a level of accessibility that regular gamepads cannot. The fact that every button and function can be handled with the controller set on a flat surface makes it a prime candidate for use by those whose physical limitations make holding a gamepad difficult or impossible.

The Morph performed admirably in every situation I used it in, but where it truly shines is music production. I’ve used more MIDI controllers than you can shake a USB cord at and not a single one is capable of what the Morph is. 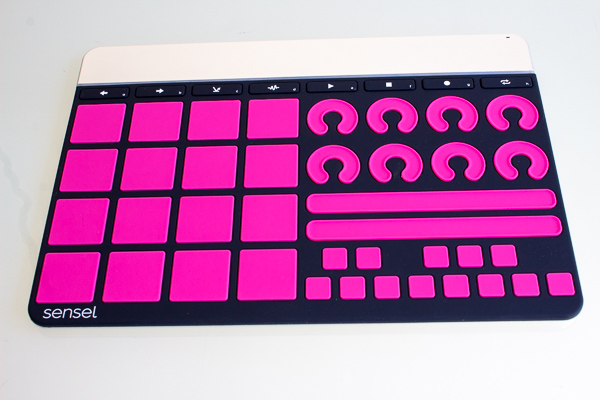 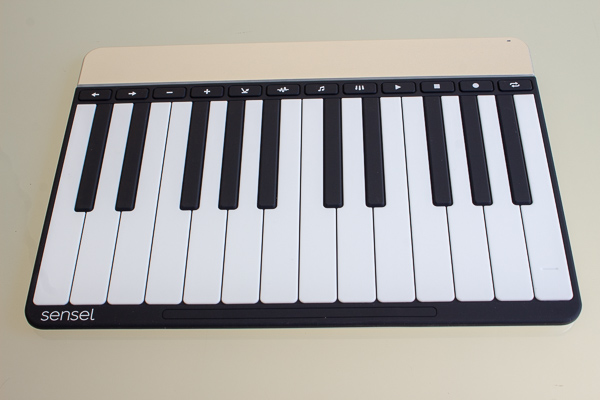 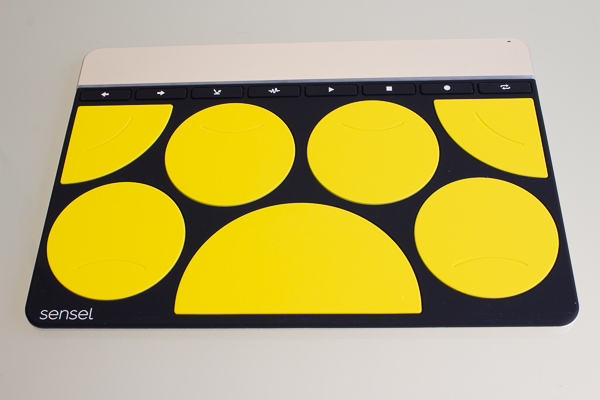 In a perfect world I’d be surrounded by perfectly synced drum machines, keyboards, and MIDI controllers in my studio. Unfortunately, I don’t have the space for that – and getting multiple MIDI controllers to work together can be a general pain in the butt anyway. But the Morph’s overlays can be hot-swapped and that means I don’t have to stop my workflow if I want to switch from production pads to drum pads or a piano controller – this realization lead to my eureka moment:

In the video above I demonstrate how easy it is to record my kick drum sound with the traditional music production overlay. Then I take full advantage of the pressure-sensitive touchpad by slapping the drum overlay on and playing my snare sounds with a pair of regular wooden drumsticks. Finally, I’m able to hot-swap the piano overlay onto the Morph and add some synth sounds by playing the keys. It’s brilliant, easy, and I’ve never been so inspired to build drum and pop tracks in the nearly three-decades I’ve been producing music.

Finally, Sensel makes a blank “Innovator’s overlay” you can use to workshop and try out your own designs. It’s basically a rubber sleeve designed to work with a piece of scrap paper. You draw out your design and use the Sensel app on your computer to assign pressure zones, MIDI commands, and how it responds to touch in dozens of different ways. Once you’ve got the Morph working the way you want it, you can 3D print your own custom rubber pad, or just keep using your DIY setup with the Innovator’s overlay.

I can’t find anything not to like about the Sensel Morph. It’s a bit of a niche product, so the $249 price tag (plus overlays) is a bit much if you’re a casual user looking for a cool gadget. But if you’re a music producer, video editor, or graphic artist looking for a premium controller I’d say you’re getting a good deal. And if you’re someone who dabbles in all three: the Morph is a bargain even after shelling out for the additional overlays.

The bottom line is that I’ve never used anything like it. All-in-one solutions usually do a poor job of replacing dedicated pieces of equipment, but the Morph is so versatile that it can fill in almost any gap in my control scheme. I’m not sure I’ll be able to go back to life without it, at least not in my music studio or when I’m editing video. And I believe graphic artists and those who use a touchpad for photo editing will get even more out of it.