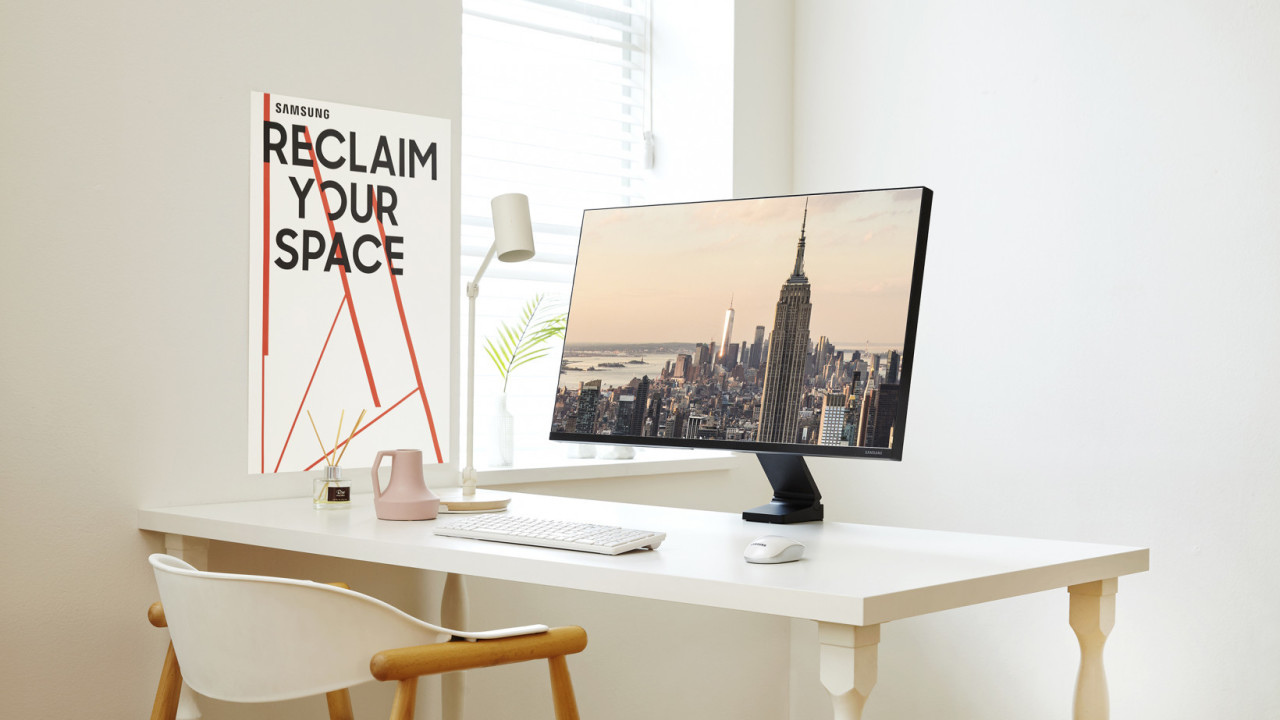 Samsung’s Space Monitor is a clever gadget whose sum is greater than its parts. On first glance, it’s simply a decent screen mounted on an innovative bracket. But it’s hard to overstate how huge an impact it’s had on my workflow as both a tech reviewer and a musician.

There’s a lot of great displays out there, but this one is a much-needed, esoteric departure from the feature-bloated monitors in the status quo. As a gamer and someone who dabbles in film and photography, I appreciate a top-of-the-line monster of a monitor like Alienware’s huge curved screens or Apple’s mind-blowing displays. But in my day-to-day life I really don’t need the Ferrari or Lamborghini of screens for everything I do. Especially if it means I always have a big monitor taking up a third of my desk or more. 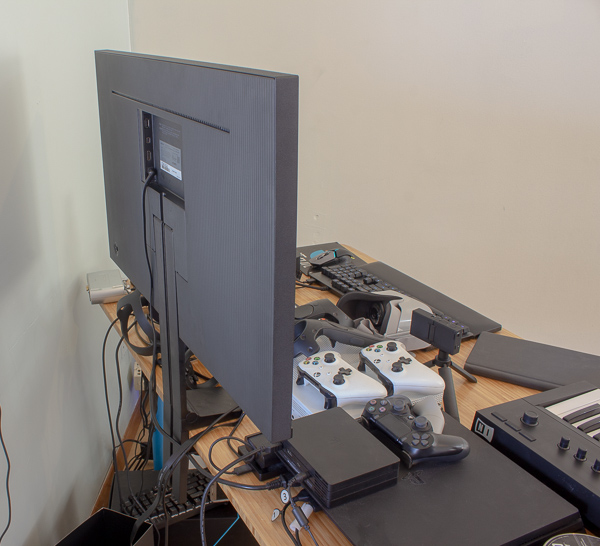 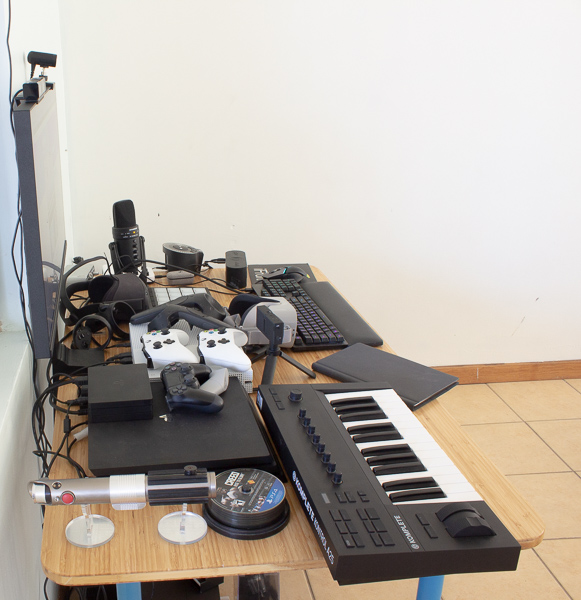 Instead of cramming as much as they could into the Space Monitor, Samsung’s engineers seemingly took the reverse approach by taking away everything unnecessary. What you’re left with is the equivalent of mounting a flatscreen on your wall, but you can actually bring it closer when you need to, or relocate it with your desk if you rearrange your office furniture.

The mounting system is basically a clamp with a pair of adjustable hinges. It’s incredibly intuitive to use; you simply grab it with both hands and tilt, lift, lower, push, or pull it. The hinges have just enough tension to hold it perfectly in place wherever you put it, but not so much that it’s ever difficult to get it where you want it.

At first, I thought the monitor was a bit of a one-trick pony. Once I set it up and positioned it where I found it most comfortable, I left it there. A few days later I realized I wasn’t taking advantage of the display‘s biggest selling point: space. Then I reimagined my desktop. Here’s a picture with the monitor lowered:

As you can see, the majority of the stuff near the monitor simply wouldn’t fit if the Samsung display had an ordinary footprint. Here’s another pic with the monitor ready for take-off in it’s full, upright position:

My desk is constant flux because it doubles as my home office and a music production studio. The combination of instruments, microphones, cameras, and other peripherals is constantly changing, and that means I spend a lot of time running USB cables and power cords. This monitor doesn’t impede that in any way. I don’t have to work around it and that’s a big time-saver.

I also like to stand up when I’m playing keys or guitar in my studio. In the past this has meant craning my neck at an angle to see my screen while I played, or fiddling with the monitor to get it at the right height. Now, with the Space Monitor, I can just lift and tilt to get the perfect viewing angle.

Once you’re done reveling in the glory of your newly reclaimed desk space, you’ll finally be able to appreciate the quality of this display. I reviewed the 32-inch 4K version and it’s surprisingly bright and clear for a $400 monitor. There’s no gloss here, so it’s easy to view in direct sunlight and it’s among the sharper 4K displays at this price-point and size I’ve used.

This is a clear, decent display. But it’s a VA panel, so if you’re used to IPS or OLED it might seem a little dull and flat. It’s not optimized for gaming or packed with enough performance to satisfy power-users like high-end graphic designers, but it’s pretty enough for the rest of us (and a bit of calibration software does wonders to color-correct it).

Everything isn’t sunshine and perfect angles with the Space Monitor, however. There are some caveats you’ll have to accept if you’re considering purchasing one. First off: only one HDMI input. This is a particularly difficult design decision for me to live with, but not quite a deal-breaker. There’s also only one display port and no USB-C support whatsoever.

Secondly, and perhaps a bigger deal to some, this monitor doesn’t have any built-in speakers. This means you’ll have to get creative if you’re going to use it with a gaming console.

At the end of the day, if you want more space on your desktop this could be the answer to your prayers. I definitely recommend it to fellow music producers or anyone else with a constantly-changing workspace.