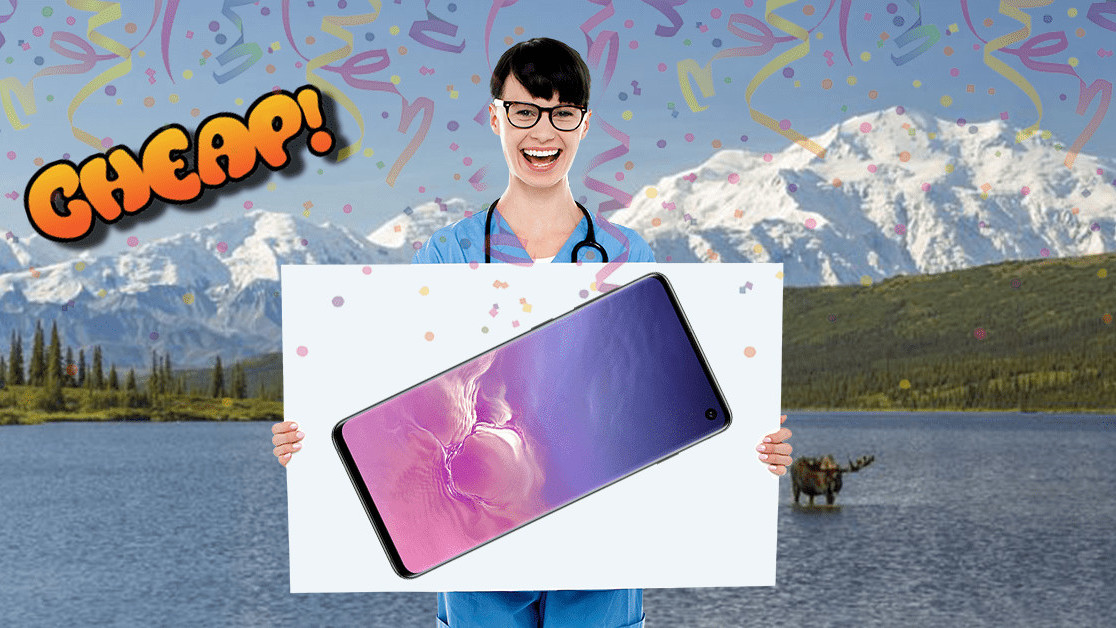 Welcome to PRIME CHEAP, our series about things that are good, cheap, and part of Amazon’s Prime Day sales. Hey, we gotta eat too.

Of all the Prime Day deals out there, this is one of the best.

Features-time. For that $599 (such a good price), you get a 6.1” dynamic AMOLED display that goes to the edge of the phone. It really is a looker.

There’s also an in-screen fingerprint sensor, a 3,400 mAh battery, and a 10MP selfie camera. On the topic of cameras, the Samsung Galaxy S10 has three of the badgals on the back. Specifically:

Another cool feature of the Samsung Galaxy S10 is something the company calls “Wireless Powershare.” Basically, you can put another compatible device (like the Galaxy Buds) on top of the S10 and it’ll send energy to that bit of hardware. Pretty futuristic, I think you’ll agree.

Currently, the Samsung Galaxy S10 isn’t in stock until August 30, which is a fair chunk of time away, but could well be worth it to save so much money. I mean, $600-odd for the current Samsung flagship is one helluva deal.

Remember, this is the final part of Prime Day, so if you want to pick up an unlocked 128GB Samsung Galaxy S10 for $599.99, you’re going to have to move fast. Head over here to take advantage of the deal.

This post includes affiliate links to products that you can buy online. If you purchase them through our links, we get a small cut of the revenue. Also if you buy other stuff, the more expensive, the better. Go nuts.