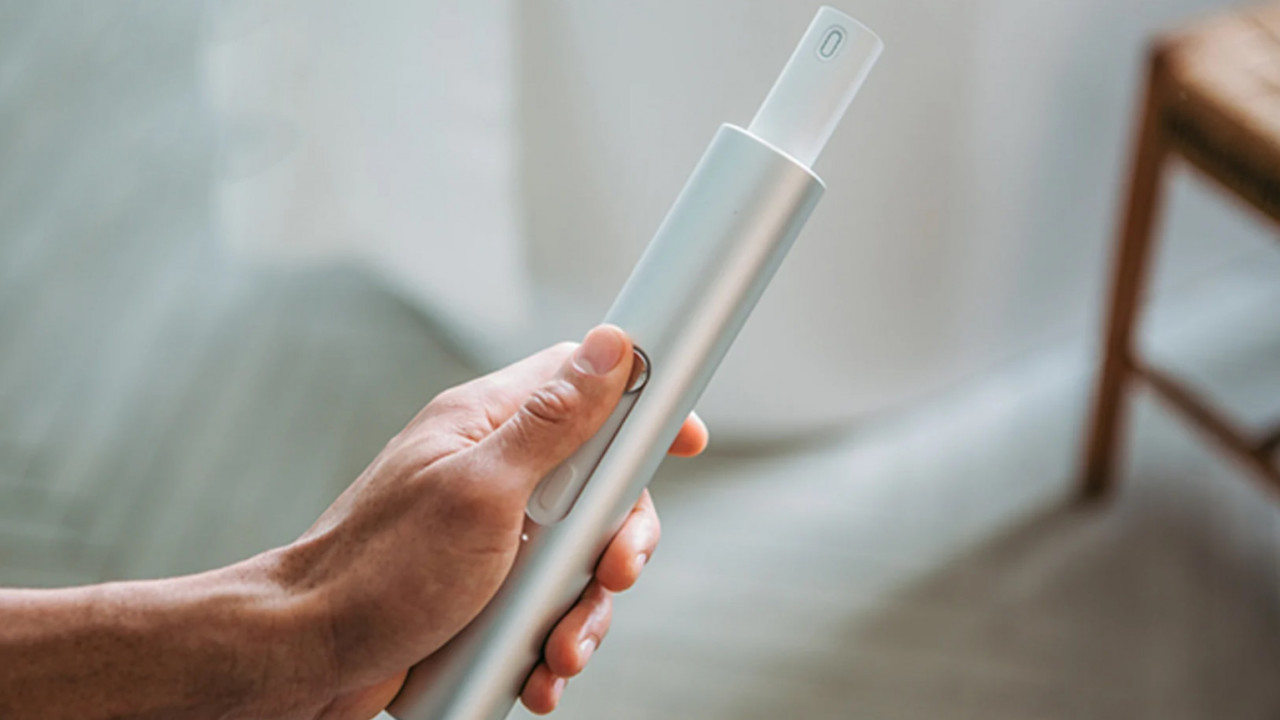 Every time I travel overseas, from my home base in India, I’m distressed by the thought of having to use only toilet paper to clean up below the belt. It’s gross, uncomfortable, and a lot less effective than using a bidet or a handheld water spray – the latter of which is fairly common in Indian cities, as well as in Japan.

Granted, it isn’t easy to start a bidet spray revolution across the world, because that would require having new plumbing and fittings installed. But there’s a glimmer of hope in the form of Sonny, an electronic portable bidet spray that’s currently crowdfunding on Indiegogo.

The $89 device – which appears to be about as long as a 500ml water bottle – charges via USB and houses a cartridge that you can fill with water from a tap. Put the filled cartridge back in, and you can spray to clean your nether regions with a pressurized water flow. The nozzle can be removed and washed, and it retracts into the cylindrical body when it’s not in use.

The company notes that in addition to making your ablutions more hygienic, it’ll also help you reduce your impact on the environment by cutting down drastically on your toilet paper usage.

I’m down with all of that. My only concern is whether the Sonny’s compact design will deliver effective cleaning, with the necessary amount of water and pressure.

It baffles me that most countries in the developed world don’t use bidets or sprays. The Atlantic had an interesting piece last year on why the US has been reluctant to adopt them – and the challenge of additional plumbing is understandable. But even with affordable aftermarket options like this $69 model from Tushy and this $25 one from Brondell, it’s odd that the trend hasn’t caught on.

As with all crowdfunded products, you should be wary of the risks associated with backing these campaigns. Sonny says its product has been in the works since 2017, and that it’s set to begin shipping orders this December. For what it’s worth, it’s surpassed its funding goal by nearly four times its target.

Here’s hoping it comes to fruition; I’m sick and tired of TP, and you should be too.