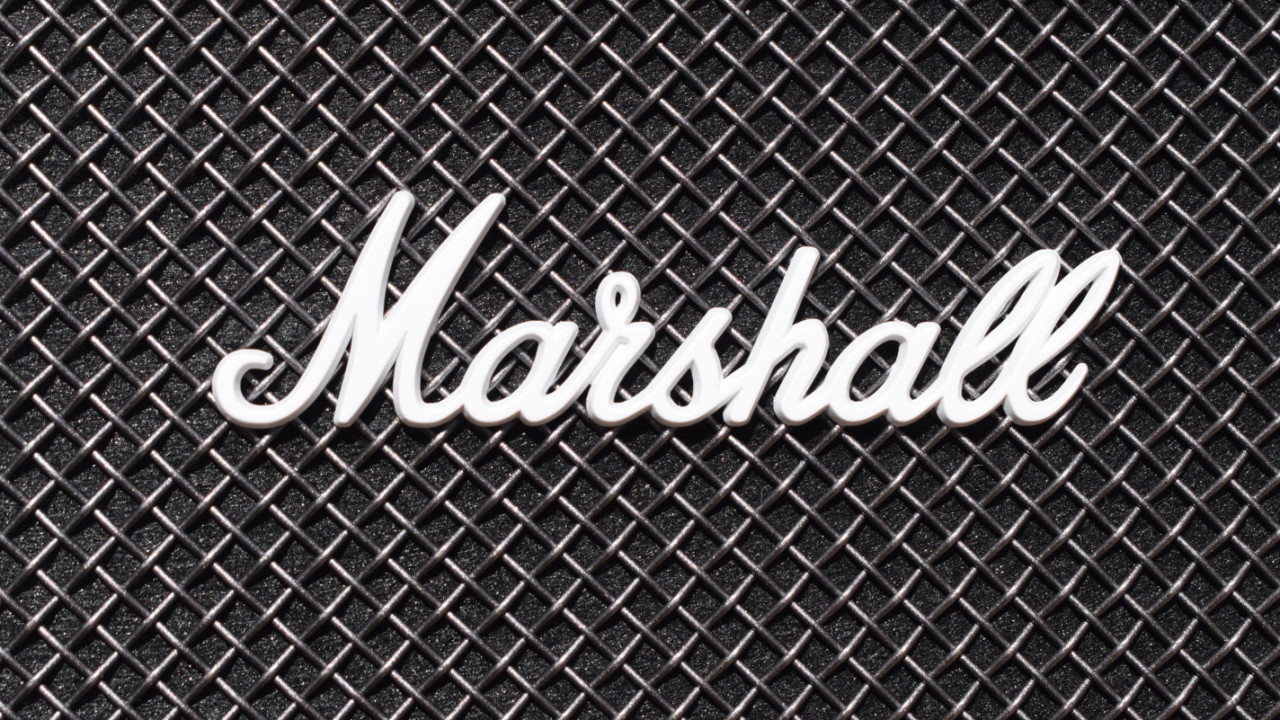 Marshall is an iconic audio brand, best known for its guitar amplifiers. But did you know that it also sells a line of Bluetooth speakers made in collaboration with Sweden-based firm Zound Industries? It’s true, and they’re actually very good. I got my hands on the company’s latest venture in this area, the Marshall Stockwell II, and so far I’m really impressed.

It delivers in all the key areas you care about. The Marshall Stockwell II looks just as exquisite as its amplifier brethren, which are used by professional musicians when performing live. Furthermore, it has an incredibly enduring battery, which delivers exceptional listening time when cranking out the tunes.

And that’s important, because the Marshall Stockwell II sounds utterly amazing. Interestingly, it affords the listener the ability to change the characteristics of the audio through two dedicated knobs which control bass and treble.

Is that a bit of a gimmick? Arguably. Does it look incredibly cool? Absolutely.

At first glance, the Marshall Stockwell II speaker looks a little bit like a diminutive version of one of its own amplifiers.

That’s deliberate. Audio qualities aside, Marshall is unambiguously selling a rock-and-roll aesthetic that transcends anything else on the market. It’s the audiophile equivalent of a band t-shirt from Hot Topic. It lets the user silently scream “I’m cool! I know about music! I read Pitchfork!”

The thing is, what makes this speaker so compelling is more than skin deep. It’s rugged beyond words and can easily withstand the indignities of day-to-day usage. That’s helpful because it’s designed to be portable. It comes with a helpful carrying handle, making it easy for you to cart it around town, from parties to parks.

It’s also IPX4 rated, meaning it should survive being splashed with water — but definitely don’t submerge it.

Broadly speaking, I’m just very impressed with the build quality on the Stockwell II. The knobs on the top of the device feel well built and precise, and when you turn it on it makes a satisfying click. The carrying strap doesn’t feel plasticky or cheap, and you never feel concerned it’ll give way. It’s just generally a nice bit of kit.

In terms of inputs, the Marshall Stockwell II comes with the standard auxiliary jack, paired with a USB-C port for charging. That’s a welcome addition because, frankly, far too much premium audio ships with old-school microUSB ports in 2019, and I’m sick of it.

To test the Marshall Stockwell II, I connected my phone to the speaker through its built-in USB 5.0 radio. One thing I wasn’t quite prepared for was how unspeakably loud it is.

With its volume maxed out, it literally flooded my kitchen with noise, resonating in every single crevice of the room. I wheeled it out during a July 4th Independence Day barbecue, and it ensured my tunes remained heard over the noisy hubbub of guests clinking bottles and talking.

Even at high volumes, the Marshall Stockwell II sounds utterly amazing, delivering crisp and well-defined audio. Where Is My Mind by The Pixies demonstrated the speakers exceptional performance at delivering low notes, emphasizing the visceral earthiness of Kim Deal’s bass playing, as well as David Lovering’s gut-punch of a drum riff.

Meanwhile, mids and high notes are delivered with razor sharp precision. There’s none of the straining or sibilance you quite often experience when listening to cheaper audio gear.

This is apparent when listening to softer, more ballad-esque tracks, such as Asleep by The Smiths, or tracks with prominent guitar solos, like November Rain by Guns and Roses.

I should state, the above is only true for the default settings of the speaker. My review unit came with treble and bass both set to five. The beauty of the Marshall Stockwell II is that it allows you to customise the listening experience to your own personal tastes. Therefore, your mileage may vary.

Marshall reckons the Stockwell II can last for 20 hours of consecutive listening, but in my experience, that wasn’t the case. It lasted several hours longer than the cited time, although I’d admit that wasn’t with the volume constantly cranked up to high.

Who is the Marshall Stockwell II for?

Broadly speaking, I’m quite impressed with the Marshall Stockwell II. It has an exceptional build quality, and it sounds great too.

You could argue that the customisable bass and treble settings are little more than white elephants, I’m not sure I’d agree. There’s something inherently natural about adjusting bass by gently twisting a knob. It’s far simpler than many of the companion apps I’ve used in my time reviewing speakers.

I do wish that a carrying strap was a little bit longer. As it stands, it’s impossible to have the speaker slung over your shoulder using the provided gear.

The Marshall Stockwell II is also somewhat on the expensive side of things, with an MSRP of $250.

Although its looks and performance more than justify this price tag, it’s still pretty bloody expensive, and will be out of reach for many people. In that case, I’d suggest you check out the Fender Newport speaker, which retails at $150, and uses the same knob-based control mechanism as the Stockwell II.

Cheaper still is the AmazonBasics Vintage Retro Bluetooth Speaker, which retails at a mere $99, and looks like a World War 2-era transistor radio.

Still, if your wallet bulges with cash, and you’re looking for a new speaker, I won’t hesitate to recommend this one. You can grab it on Amazon US for $250, or on Amazon UK for £229.