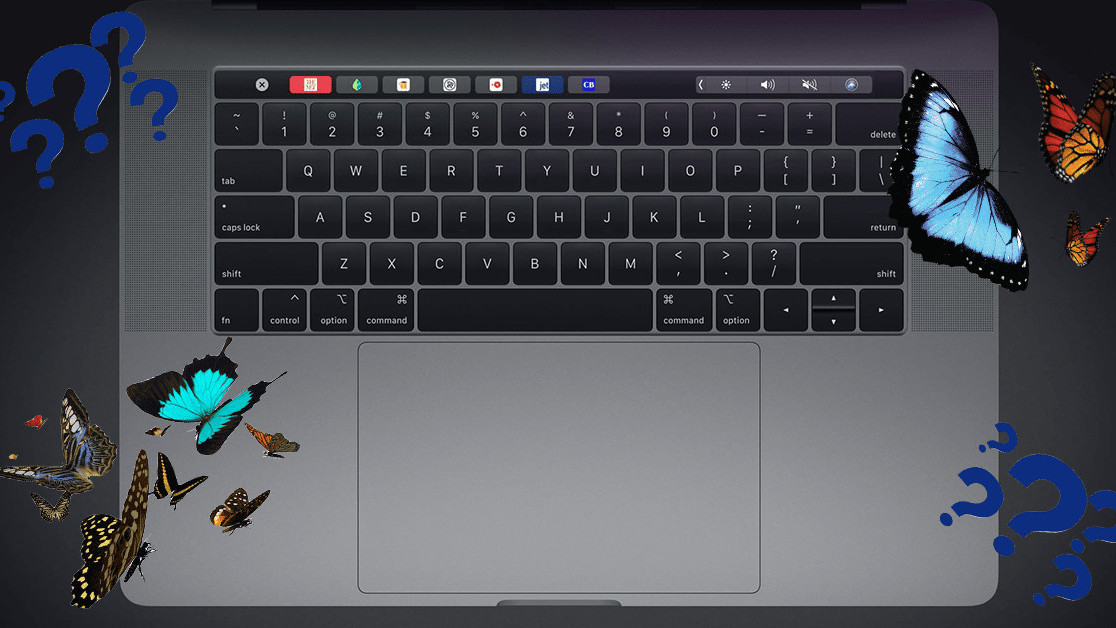 Of all the controversies surrounding Apple in recent years, the Macbook’s keyboard saga has been one of the most troubling. Where once Apple‘s laptops were the pinnacle of design, people were (and still are) struggling to just type on the damn things.

And the reason for this? The butterfly keys.

Well, at long last, it’s being rumoured that Apple is moving away from this type of design and returning to the previous keyboard set-up. But… what actually are butterfly keys? And why have they caused so many problems? Well, we’re here to tell you.

First, how do normal keys work?

Before we can explain what makes a butterfly key different, we first need to look at how a standard(-ish) keyboard mechanism works.

There are a load of different variants (check here for info on those), but one of the most common on laptops — and what Apple is rumoured to be returning to — is the scissor-switch design.

Due to that cross design, the scissor key doesn’t need to travel as far down as, say, a desktop computer keyboard. This makes it ideal for laptops, but  — as you can see from the image above — there’s still quite a lot of space there.

It was this that led to Apple‘s creation of the butterfly keys, as the company wanted to create a keyboard that was thinner and sleeker than its competitors.

Okay, so what is a butterfly key then?

Again, images help. This is what Apple used to announce the change all those years ago:

In some ways, this is a genius design. It’s a thinner mechanism and, in all honesty, typing on one can be a real joy. The problem is the stupid real world. Because of the butterfly key’s ‘V’ shape, it’s easier for food, debris, and general dirt to get underneath the mechanism — something that’s prevented (a bit more at least) from happening with an ‘X’ shape.

To put it simply, this issue with shit getting under the keys is the reason the butterfly keyboard has failed so hard.

In a weird way, Apple made a brilliant new laptop keyboard — it was thinner, sleeker, and felt fantastic to type with. Unfortunately, it only worked consistently in controlled environments and ruined one of the most important aspects of any computer. Which, when you think about it, is genuinely hilarious.

Anyway, hopefully this nightmare will be over soon and, even more importantly, you know exactly what a butterfly keyboard is.