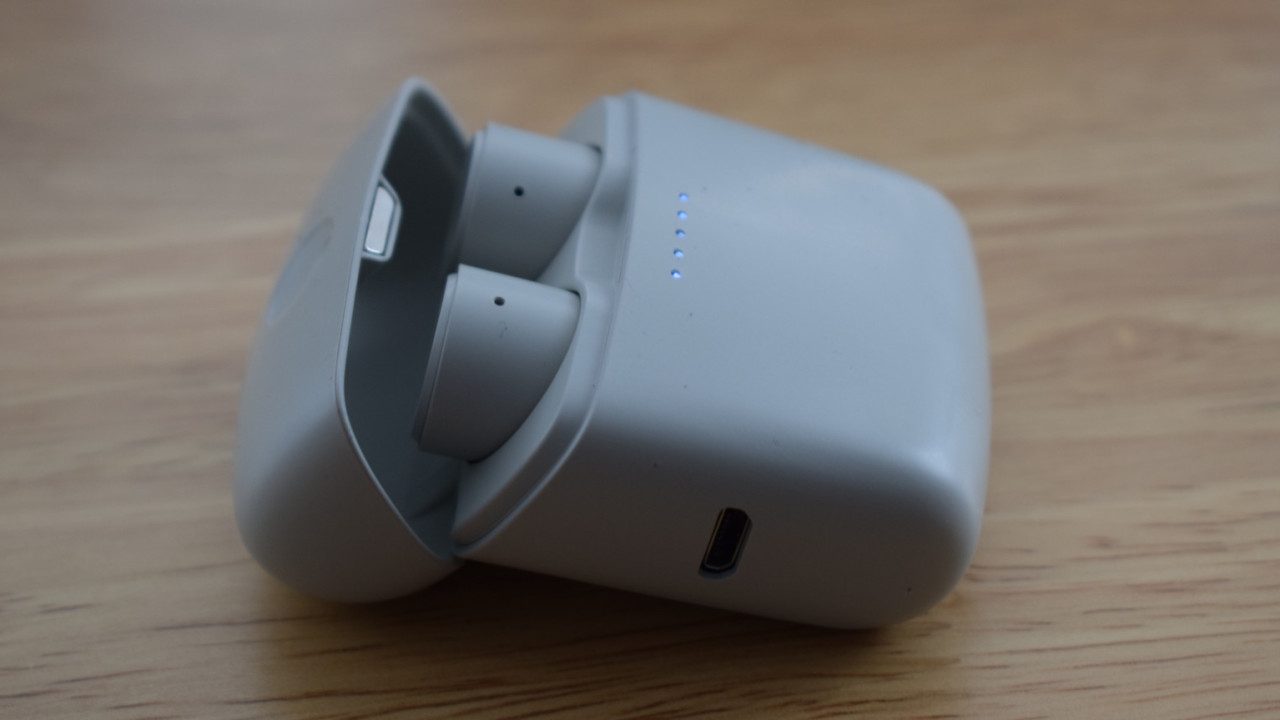 Cambridge Audio is one of the oldest and most respected audio brands in the UK. It’s best known for its pricey amplifiers and speakers, which promise a top-notch listening experience, at the expense of your bank balance. But recently, it’s pivoted with the launch of the Melomania 1 – a set of truly wireless earbuds.

And you know what? For a first try, they’re excellent.

The Cambridge Audio Melomania 1 addresses many of the pain points people have with earbuds – namely short battery life, flaky connections, and dismal audio quality. They’re comfortable to wear, and, perhaps best of all, include the most reliable charging case I’ve ever used.

Most surprising is the price tag. Retailing at $129.95, or £119.95 in the UK, the Melomania 1 is measurably cheaper than many of its high-profile rivals, including the Apple AirPods, as well as RHA’s venerable TrueConnect buds.

Hands on with the Cambridge Audio Melomania 1

Let’s talk about design first. At first glance, the Cambridge Audio Melomania 1 looks fairly unremarkable. It comes with an off-white charging case, and absolutely zero flashy branding. There’s very little to indicate the pedigree it comes from, save for the understated company logo on the back of the device.

The charging case opens a bit like a packet of cigarettes, with a metal hinge mechanism, exposing the two buds inside. So far, I’m extremely impressed with the build quality. They’re rugged. Although they’re made out of a polymer material, they don’t feel light or cheap, and, so far, have survived a couple of unplanned drops onto my hardwood floor.

On the left of the charging case, there’s a MicroUSB port. That’s a bit of an oddity, especially given these buds are really premium, and it’s 2019 – not 2009.

In fact, that’s perhaps my biggest complaint with the Melomania 1. Pretty much everything I carry uses the USB-C standard, from my laptop, to my two smartphones. Having to carry a separate cable just for my earbuds is a bit annoying.

Fortunately, the rest of the case is pretty good. The buds drop into the case tip-down, making them really easy to remove. Unlike other units I’ve tested, which use a pogo-prong mechanism, the Cambridge Audio Melomania 1 has a metal strip running around the circumference of the bud, meaning charging works consistently.

The buds have an attractive bullet design, and in my experience, stay put within the ear canal, no matter how much physical exertion you’re doing. They’re also IPV5 rated, meaning they’re sweat and water resistant.

On the side of each bud is a button allowing you to control playback. These are physical buttons that require quite a bit of compression to work, rather than a touch-sensitive interface, and I’m a big fan. The only way they work is with deliberate pressure, so you don’t accidentally skip or pause tracks.

Cambridge Audio promises the buds can last 9 hours between charges, which is nothing short of impressive. The puny cells housed in most wireless earbuds tend to last just three hours. Meanwhile, the case itself comes with a respectable 36 hours of total power. In my testing, these figures held up.

Similarly, I was impressed with how the buds managed to keep a consistent and stable connection, seldom dropping out.

But how do they sound? Well, it’s worth pointing out that Cambridge Audio bills these as “in-ear monitors.” This refers to a category of audio equipment designed to offer a balanced and faithful listening experience, placing emphasis on neither high nor low notes.

If you’re looking for something that’ll automatically emphasize bass notes as you pound reps in the gym, these aren’t the buds you’re looking for. That notwithstanding, they’re excellent for everyday listening.

One track we used to test the buds was Self Control, by the criminally under-rated Aussie indie-punk group The Smith Street Band. This track exemplified the overall “roominess” of the buds, making it easy to focus on the mournful drumming of Chris Cowburn, or the gentle guitar riff played by Lee Hartney.

And the neutral profile means that they avoid some of the audiological flaws of other audio products, like bloated lows that inevitably distort at high volumes, or shrill and uncomfortable highs.

One criticism of the buds expressed by Verge editor Vlad Savov is that the microphone isn’t too hot. In my experience, this wasn’t the case. When I called people, they were able to clearly hear me – even when there’s a fair bit of background noise, like that from passing cars. However, your mileage (pun only slightly intended) may vary.

Honestly, the Cambridge Audio Melomania 1 is the best set of wireless earbuds I’ve tested yet. The quality is excellent. The ergonomics are fabulous. I have no complains about the audio quality. And I’m also a big fan of the charging case.

They’re not exactly cheap though – especially when you frame them against similar efforts from brands like Anker.