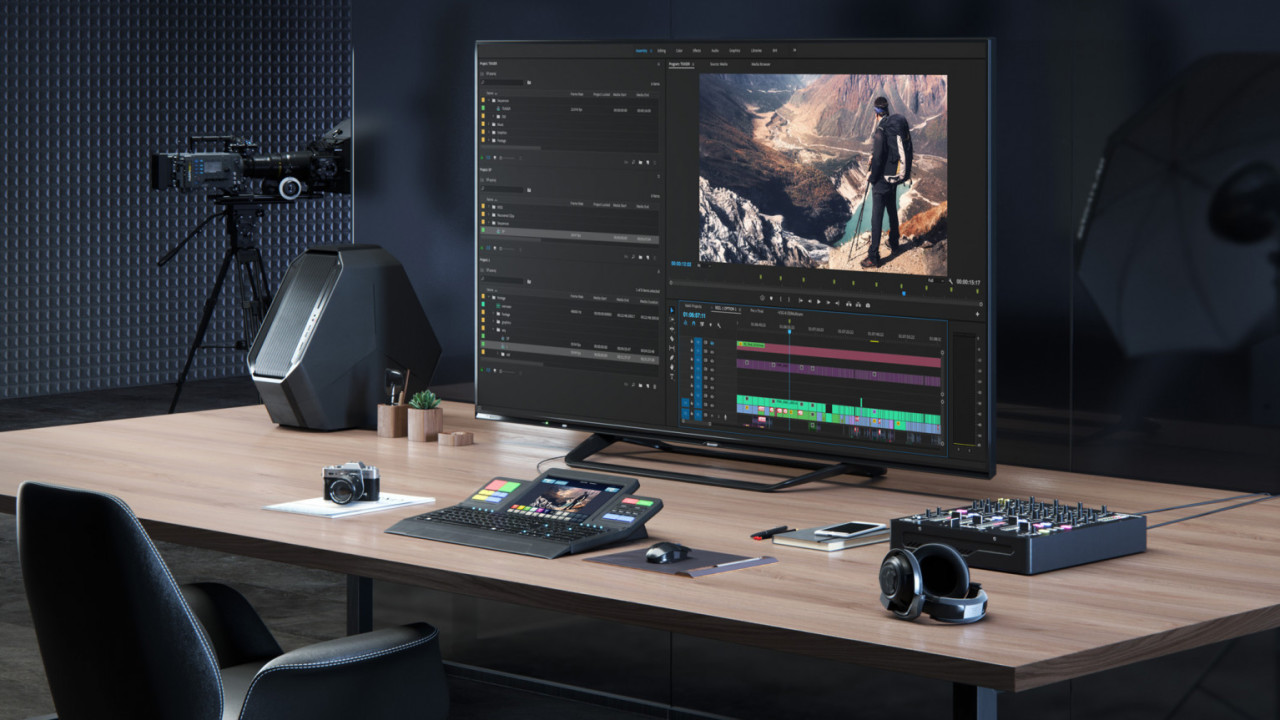 Many of us don’t even have 4K displays yet, but that isn’t stopping technology from moving on. Today the Video Electronics Standards Association (VESA) announced DisplayPort 2.0, heralding the arrival of 16K displays in the years to come.

While the idea of a 16K monitor is almost laughable, the increased bandwidth – 80 Gbps, up from the 32.4 Gbps – will allow a variety of new monitor configurations. Here are some of them:

Aside from ultra-high resolutions, you’ll be able to game at super-high refresh rates in 4K. It’ll also likely have big implications for VR in the years to come, where current technology is nowhere near our visual acuity.

DisplayPort 2.0 will use USB-C ports and operate on Thunderbolt 3 technology. Though Thunderbolt is normally limited to 40Gbps, it’s a two-way connection. DisplayPort is a one-way street, so it can use the protocol’s full 80Gbps bandwidth.

Like Thunderbolt 3, you’ll need special cables to support the full transmission bandwidth, but at least it means one less type of connector. It means a cable can send simultaneous data, video, and power feeds. I’m ready to USB-C all the things.

You’ll have to wait a while before you can get your hands on the technology though. The first DisplayPort 2.0 devices aren’t expected to arrive until late 2020.